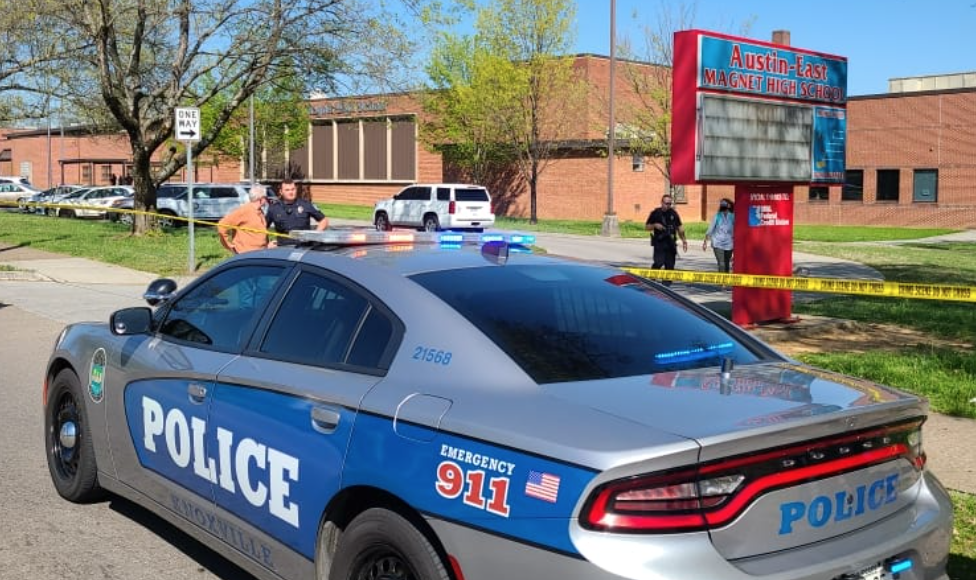 A student was killed in a confrontation with officers, authorities say.
Staff Reports

An East Tennessee policeman wounded Monday when four officers confronted an armed student at a Knoxville high school is a Church of Christ deacon.

Tennessee Bureau of Investigation Director David B. Rausch said at a news conference Monday night that police returned fire, killing the student, identified as 17-year-old Anthony J. Thompson Jr. But the TBI later changed its statement and said Willson “was hit by friendly fire — either his own or from one of the three other officers involved,” the Knoxville News Sentinel reported.

Willson “was shot in the femur and is now resting comfortably after surgery,” Steele said Monday night. “He and his wife, Heather, are great people. He is the father of two daughters and two sons.”

Steele, who is active with a South Knoxville church ministry that helps the homeless and less fortunate, praised the 20-year Knoxville police veteran as a man of strong character and faith.

“Among other things, he has been involved in missions work, having made two trips to Honduras through Latin American Missions,” said Steele, who indicated that Willson’s wife gave him permission to share that information. 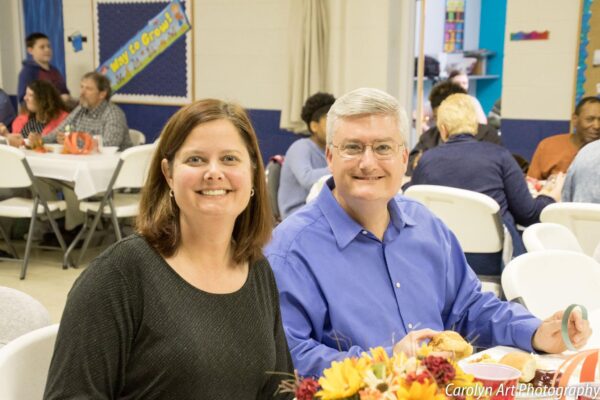 Adam and Heather Willson at a South Knoxville Church of Christ function.

About 3:15 p.m. Monday, police responded to a report of individual possibly armed with a gun at Austin-East Magnet High School in Knoxville, about 180 miles east of Nashville, Rausch said. Officers located the student in a school restroom.

“They ordered him out, but he refused to comply,” said Rausch, a former Knoxville police chief.

The TBI is investigating the shooting.

“It was just very chilling, first of all to hear that we have an  officer down and secondly that it was at a school,” Knoxville Police Chief Eve Thomas said. “It’s just — it’s a sad day for Knoxville and our community and our police department.”