Preacher Britt Farmer lost his best friend in the Sunday attack at a Church of Christ near Fort Worth.

WHITE SETTLEMENT, Texas — Britt Farmer had his head down, focusing on the sermon he was about to preach.

That’s when the 60-year-old minister heard a gasp, followed by gunshots and screaming at the West Freeway Church of Christ.

“I dove down between the pews, which is what we told everyone to do,” Farmer recalled, telling his story from the same second-row pew where he witnessed the deadly attack a day earlier.

In the past few years, the congregation west of Fort Worth had beefed up its volunteer security team and trained members for a real-life nightmare such as this.

“We need to do something.”

“We need to do something,” West Freeway member Jack Wilson had said after a Nov. 5, 2017, massacre at the First Baptist Church of Sutherland Springs, Texas, that claimed more than two dozen lives.

Now, on the Sunday between Christmas and New Year’s Day, a gunman had opened fire at the back of the West Freeway auditorium, shattering the peace of the congregation’s weekly observance of the Lord’s Supper. 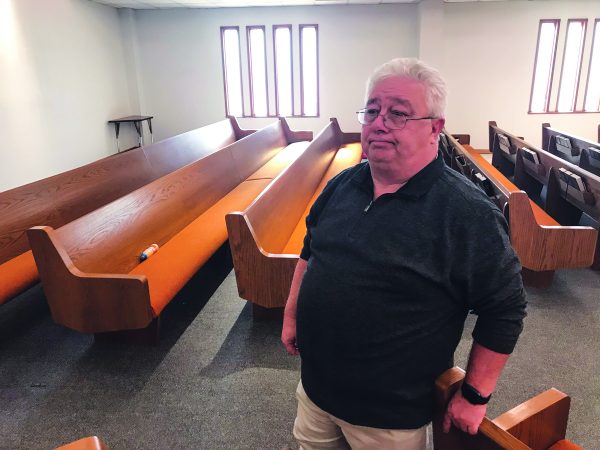 Britt Farmer at the back of the West Freeway Church of Christ auditorium, where the gunman opened fire.

Normally, Farmer would have been sitting farther back with his wife, Lisa. She doesn’t like it so close to the front. But she was out of town Sunday, celebrating the 41st birthday of their daughter, Lori Squiers.

(Later, Farmer would lament that he forgot to wish Squiers a happy birthday when she, her three brothers and their mother all rushed from various places in Texas to be at the minister’s side.)

The West Freeway church is a pistol-packing congregation that believes in protecting its flock.

There were more than 200 men, women and children in the pews on this Lord’s Day.

“I carry all the time, unless I’m in the pulpit or teaching,” said Farmer, who worked in the lumber business before going into ministry.

Since he was about to step to the pulpit, he didn’t have a gun as he dropped to the ground.

But the woman crouched down behind him did. Kate Branson is a member of the church security team.

However, Branson’s mother was visiting Sunday, and the daughter was focused on her.

“Do you have your gun?” Branson asked Farmer, the West Freeway church’s preacher for eight years.

“Here,” she replied, handing him hers. 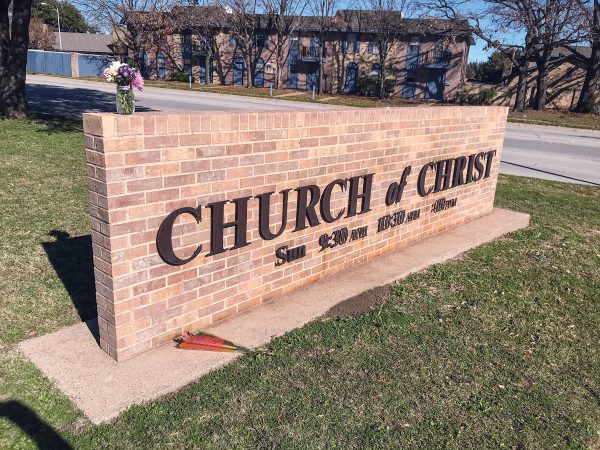 Outside the West Freeway Church of Christ building on Monday.

Wilson’s single shot struck the gunman, Keith Thomas Kinnunen, 43, who fell to the ground by a side wall.

The gunman had slipped into the service wearing a long black wig, a fake beard and a bulky jacket, witnesses said.

Across the auditorium, Farmer didn’t immediately realize that White, his best friend, was one of the victims. 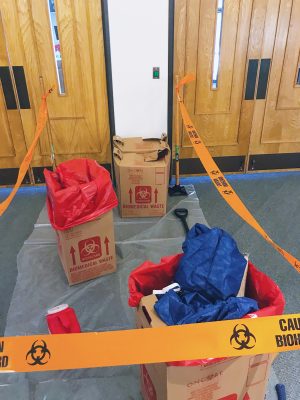 The West Freeway Church of Christ auditorium is cleaned on Monday after a shooting the previous day.

The minister’s first instinct was to go check on the wounded, but he wasn’t certain the threat was over.

What if the shooter were still alive?

A half-dozen or more armed members drew their weapons and approached the shooter in the attack’s aftermath.

Only later, after seeing a photo of Kinnunen without his disguise, did the minister recognize him as someone the church had fed several times.

Police arrived within two minutes. But to Farmer, it felt like an eternity.

“My hands were hurting,” he said.

He was gripping the gun so hard.

“I’ll be honest: I kept holding the gun that I was given, and I kept scouring the audience not knowing if there was a second shooter,” he said. 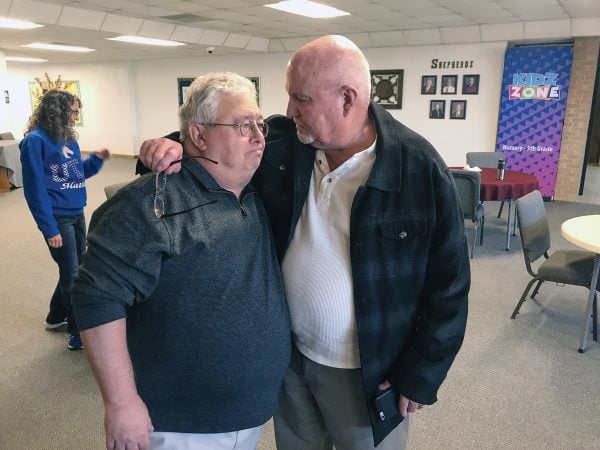 Tending to the flock

In the minutes after the shooting, Farmer and the church’s elders helped members evacuate the auditorium. Most of the congregation gathered in the fellowship hall next door.

“I’m going to tell you something: They weren’t out here working with law enforcement, trying to take care of the building and stuff,” Farmer said of the elders. “They were in that room with all of the members — comforting, praying, loving those people. They left that other stuff to people who could do it.”

Related: ‘He died in the house of the Lord, serving’

Elder John Robertson said: “Our job was to take care of the flock. We had several going, ‘I’m scared,’ crawling under the table and stuff like that. We said, ‘I understand, but you’re safe now.’” 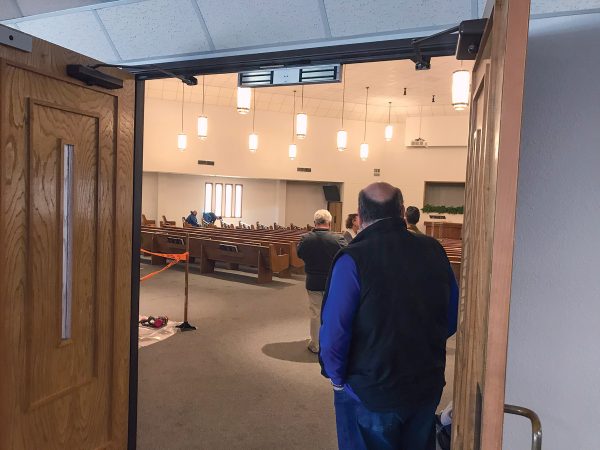 Farmer doesn’t know how much time passed — several minutes probably — before Branson approached and asked if he was OK.

“Do you want me to take that?” she said.

“Take what?” he responded.

Related: Why Texas minister talked to me — and only me — about deadly church shooting

He had forgotten about the gun he was clutching.

Even though two members lost their lives, Farmer — like law enforcement authorities who have praised the church security team’s response — has no doubt the death toll could have been higher.

“They have said that this is going to be a model church, that this situation will save lives in other places.”

“They have said that this is going to be a model church, that this situation will save lives in other places,” Farmer said, quoting Texas public safety officials.

He takes solace in that.

“Britt’s poise and calmness have helped his church to face a most trying situation,” said Jim Hackney, a fellow Texas preacher who has known him for more than 40 years. “I could not be more proud of him and pray God continues to use him powerfully in the days ahead.” 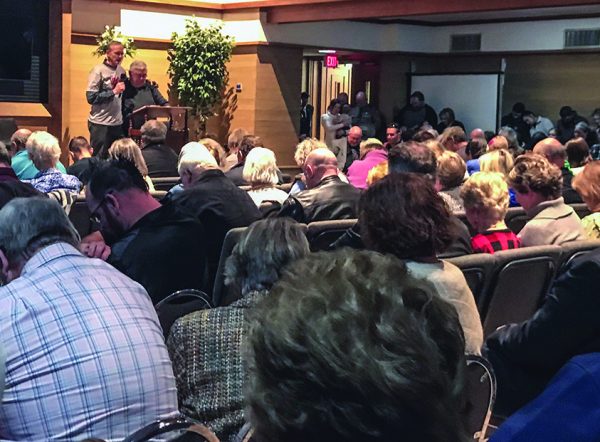 For Farmer and his grieving congregation, healing will take time — a lot of time.

His faith sustains him, he said, but he knows the journey ahead won’t be easy.