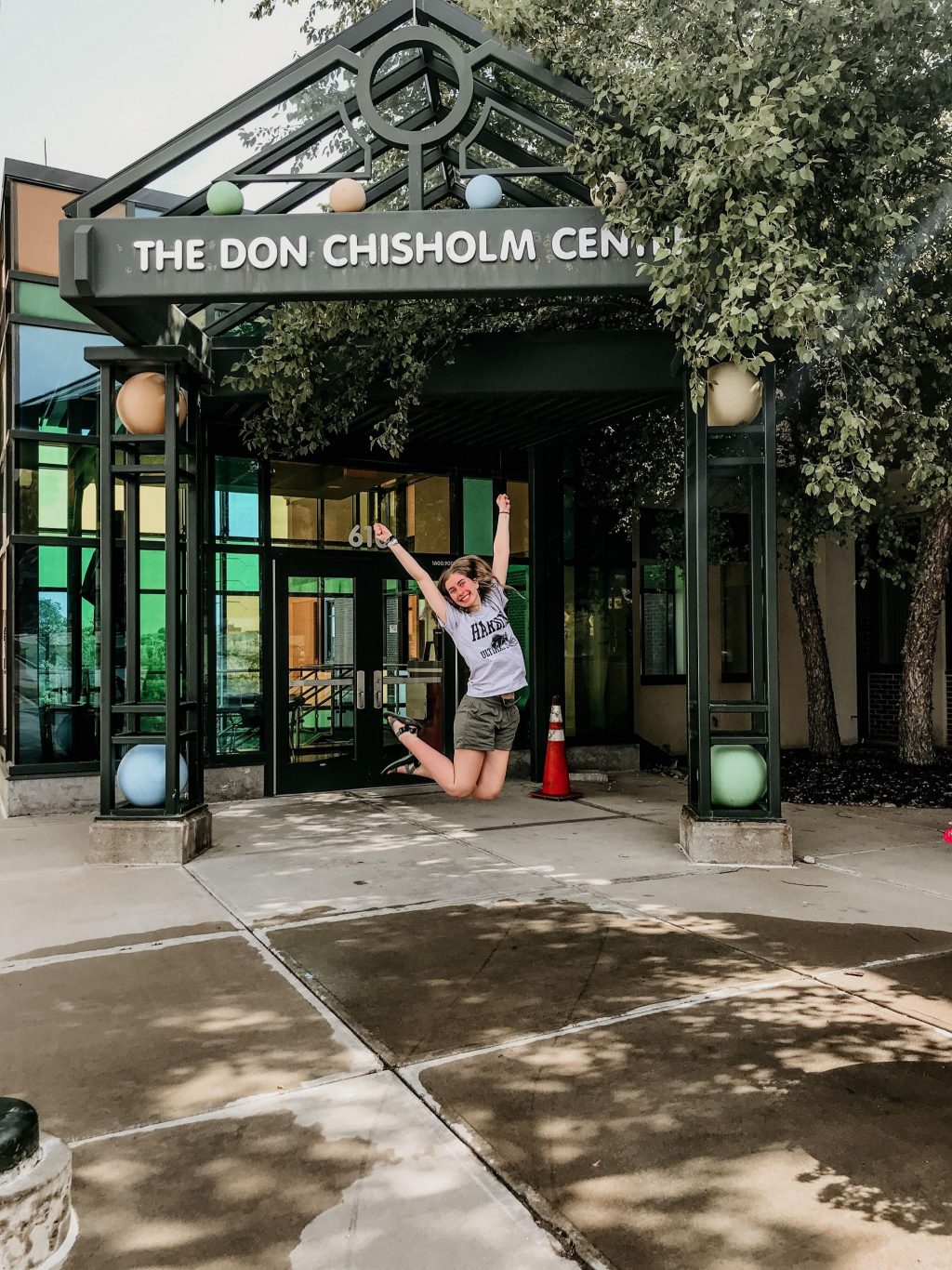 Features
Suzie jumps for joy in front of the Don Chisholm building at the Mercy Children’s Hospital, in Kansas City, the day she graduated from her treatment. | Photo provided
Print
Share:

Arkansas youth group member known for encouraging others reflects on her battle with a rare pain disorder.

She has the most cheerful smile and writes the sweetest notes of encouragement — that’s what those who know Suzie Lynne often say about the 18-year-old.

Lynne, a youth group member at the Mountain Home Church of Christ in Arkansas, is a light to her youth group and her community. 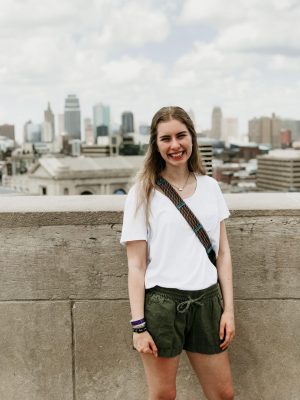 Suzie Lynne stands at the Liberty Memorial in Kansas City. This photo was taken during an outing that she took during her pain therapy.

“Her personality is all about making and building up relationships,” said Chris Brill, the Mountain Home congregation’s youth and family minister.

Not until recently did Brill and others begin to understand just how special Lynne is. Behind every smile and every note was a young lady dealing with debilitating pain.

“I was really angry for a while,” Lynne told The Christian Chronicle, “which made it hard to do anything. I had gotten to the point where I had given up, and my body had given up.”

Diagnosed with amplified pain syndrome, Lynne suffered with daily pain for years. Her nerves would overreact to regular stimuli, causing her to be in intense pain.

Earlier this month, Lynne was featured on “60 Minutes Australia” as part of a segment highlighting the Amplified Pain Clinic at Children’s Mercy Hospital in Kansas City, Mo.

The goal of the treatment was to help Lynne and others battle through their pain in hopes of retraining their nerves, which are overstimulated by everyday tasks.

Doctors say many afflicted with this syndrome can pinpoint an incident in life that triggered their body to begin overreacting to the pain. However, for Suzie that wasn’t the case. Doctors had been unable to figure out what triggered her pain.

For four years, Lynne’s pain gradually intensified. Then, in October 2018, she reached a point where she could hardly get out of bed. When she did, she had to use crutches just to walk.

“Before this, I was hardly going to school, maybe twice a week,” Lynne told the Chronicle.

Then came a chance encounter.

On a trip with her mom, they happened to meet a family whose daughter had experienced similar struggle with pain but had found healing through Children’s Mercy Hospital.

“It’s changed everything I do and how I do it.”

It was a bit of hope at a very dark time.

Her family was able to get her in to the Amplified Pain Clinic program within a few months. This past July, she checked in for four weeks of daily treatment, as documented in the “60 Minutes Australia” piece.

“It’s insane to me that in four weeks I went from hardly walking, using crutches and barely going to school to running a mile,” she said. “It’s changed everything I do and how I do it.”

It’s also opened new doors. She can do things with her peers now that were out of the question months ago.

Lynne’s family worships with the Ball Church of Christ in Dora, Mo., on Sundays. It’s the congregation where her mother grew up. However, they live about an hour south, in Mountain Home, Ark., where she and her brother are a part of that church’s youth group during the week.

Lynne said in her darkest moments something “clicked” and led her to find what she could do to serve, even from her bed. That was when she began writing notes to encourage others. Those notes now have so much more meaning to those who have seen her story.

“Most of us did not understand the pain she was having to endure,” Brill said. “It (the “60 Minutes” feature) helped us appreciate her courage and determination, not just through therapy, but to have been as active as she was with church and youth activities despite the pain she had to deal with.”

No longer stuck in bed, Lynne is an encourager. And, behind that smile, is a lot less pain.

In fact, she now runs about a mile a week. She also goes to school full time. She’s even making plans for college. She hopes to attend Harding University in Searcy, Ark., something that just months ago she wasn’t sure would ever be able to do. 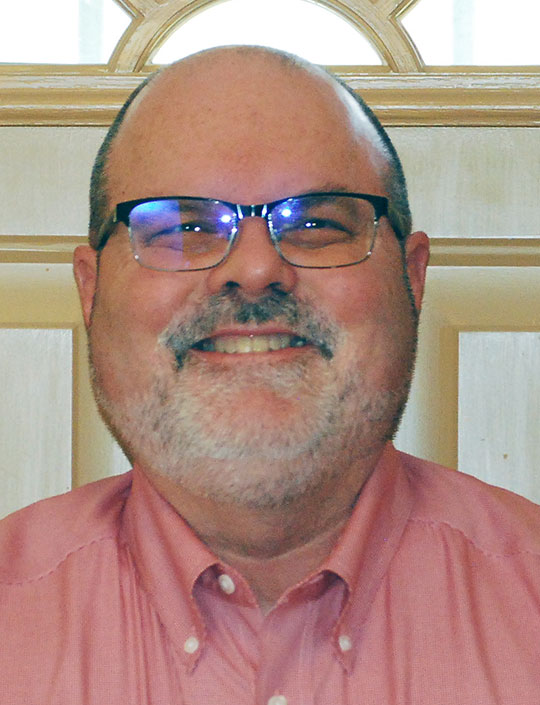 ‘I Am Strong’ — repurposed pain for God’s glory

If God is good, why do I have this pain… 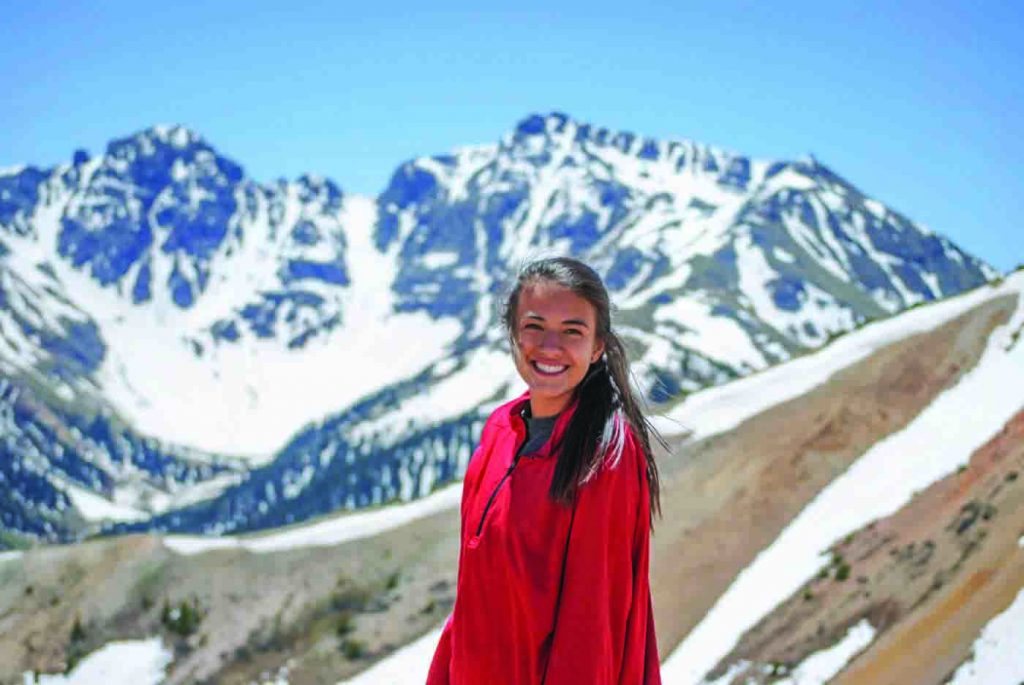 ‘Detraining’ to run the good race

Sometimes running coaches have to “detrain” their runners. Hannah Mae…