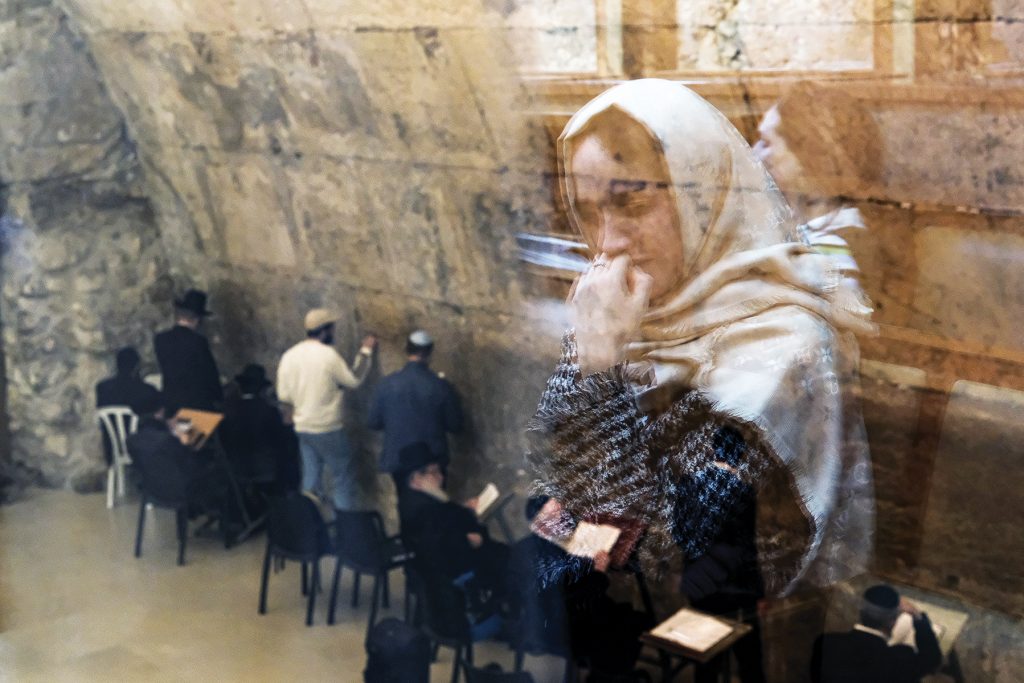 Peace on earth in a land of unrest

A journalist's reflections on the Holy Land and its modern-day significance in the lives of Christians.

TIBERIAS, Israel — An Israeli, a Serbian, a Canadian and an American walk into a Chinese restaurant on the western shore of the Sea of Galilee.

What sounds like the beginning of a bad joke is anything but — instead, it’s an example of the diversity you find in the geographic location commonly known as “the Holy Land,” which stretches from the Mediterranean Sea to the eastern bank of the Jordan River, spanning the modern-day states of Israel and Palestine.

And the diversity isn’t limited to nationality.

Millions of Muslims, Jews and Christians from every sect and denomination visit archaeological sites in the Holy Land each year, sharing their versions of events at historical locations. Then they convene in the evenings to the same hotels and restaurants.

Certificates at the front of restaurants often inform constituents about whether food is prepared following religious guidelines — kosher for Jews and halal for Muslims.

It is this example of tolerance and pluralism among travelers that starkly contrasts the backdrop of disputed land and local political, religious and ethnic tensions.

As tourists wander the Old City of Jerusalem, Israeli soldiers patrol the streets, performing random security searches on vehicles. Two days after I left, public transportation bombings killed a Canadian-Israeli citizen and injured 18 others on the outskirts of Jerusalem.

“It all began here,” said Ziva Cohen, our guide, referring to Christianity.

How did a faith with an emphasis on loving others originate from a location of such tension and strife?

I can’t claim to understand the hundreds-of-years-old complexities after an eight-day trip, but perhaps I can offer a few outsider observations from my experiences.

‘Peace on earth, good will to men’

Amid the holiday season, it’s tempting to imagine walking through the streets of Nazareth and Jerusalem thinking of classic carols such as “Hark! The Herald Angels Sing,” with refrains like, “Peace on earth and mercy mild.”

Yet the reality is that peace was far from my mind when a group of young Palestinian boys spit on the ground and followed me for a few yards after I walked past.

Perhaps they recognized that I was American. Perhaps — like a few others I’d met on this trip — they mistook me as an Israeli with my lighter skin, darker hair and eyes. Perhaps it was simply because I was visibly not a Muslim, my head uncovered.

Regardless, the sentiment carried over the language barrier: Disgust. Contempt. Hate.

In a way, I understood.

It’s easier to have an “us versus them” mentality than to wrestle with understanding how humanity often finds itself in complex opposition despite people having inherent value.

We have it in the United States, too.

Abandoning the hopeful tune of carols, this stanza from “Christmas Bells” by Henry Wadsworth Longfellow felt closer to the truth:

“And in despair I bowed my head;

‘There is no peace on earth,’ I said;

‘For hate is strong,

And mocks the song

Of peace on earth, good will to men!’”

“And in despair I bowed my head;

‘There is no peace on earth,’ I said;

‘For hate is strong,

And mocks the song

Of peace on earth, good will to men!’”

Longfellow penned this sentiment on Christmas Day in 1863 with the United States in the midst of the Civil War.

Less than an hour after encountering the boys, I paused in an alleyway to evaluate a soldiers’ blockade on the road ahead.

A Muslim shopkeeper sitting nearby spoke up, “English? You need directions?”

Maybe, I said. I was at a crossroads in my wandering and didn’t want to head in any direction where I wasn’t welcome.

“No, no,” he interrupted. “We welcome you. You are wanted here. You are welcome.”

He advised me on a path forward, and we parted ways a few minutes later. We couldn’t have been more different, this older Arab Muslim man living in Jerusalem selling Islamic prayer rugs and hijabs, and myself a 24-year-old White Christian woman visiting from the United States.

Those interactions stayed in my mind more than visiting any of the historical locations, as I began to realize that modern-day Israel has more in common with the Bible than a geographic location and the ruins of ancient cities.

People seek certain things regardless of culture, like the drive to provide for the group they belong to; therefore, what matters is our definition. Shall we group ourselves by religion — One nation under God?

It’s a question that’s been posed before in the same place, but at another time.

“But who is my neighbor?”

The parable that follows demonstrates a similar religious pluralism in the ancient world — a priest, a Levite, a Samaritan.

Each pass by an injured man until the Samaritan takes pity on the man and sees to his care. Rather than assigning the man’s responsibility to a particular group by religious affiliation or ethnicity, Jesus implies that we are defined by actions.

Our group is anyone we come across.

It just happened in Jerusalem that day that my good Samaritan was a Muslim man, a neighbor in whom I had nothing in common but who eagerly welcomed me and gave me direction in a strange city. 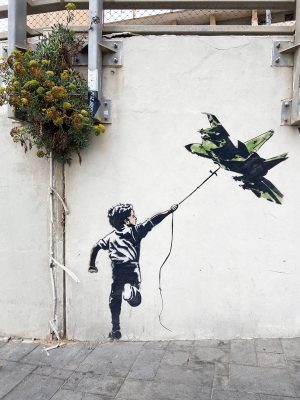 In a place of tension, such an open act of hospitality shone brightly. I was reminded that peace on earth must begin with its inhabitants first.

Perhaps that is why a religion of love originated from a divided land.

AUDREY JACKSON is Associate Editor of The Christian Chronicle. Reach her at [email protected].