Two millennia after the church's birth in Jerusalem, a handful of congregations worship in modern-day Israel.

NAZARETH, Israel — Here in the hometown of Jesus, busloads of tourists walk the halls of the Basilica of the Annunciation.

The ornate structure — built in the 400s, then torn down and rebuilt repeatedly as Muslims and Christian Crusaders occupied the city — is believed by many to be the site where the angel Gabriel told Mary she would give birth to the Messiah.

A few blocks away, about 50 Christians gather on Sundays to fellowship and remember the sacrifice made by their native Son.

The Nazareth Church of Christ, a group of predominantly Arab believers, is one of a handful of congregations associated with the fellowship that meets across the Holy Land. 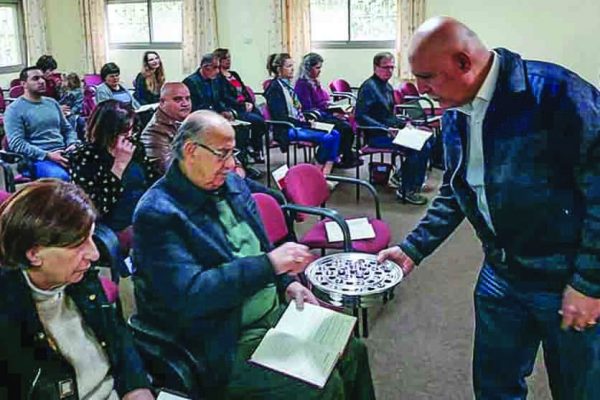 Members of the Nazareth Church of Christ take the Lord’s Supper during worship.

The church serves a city of 76,500 souls, many of them from the Greek Orthodox or Coptic Christian faiths. The city also has a growing Muslim population. Evangelism is a challenge.

FROM PENTECOST TO THE 21ST CENTURY

Churches of Christ trace their roots 90 miles to the south of Nazareth and some 2,000 years in the past — to Jerusalem and the Day of Pentecost, as recorded in Acts 2.

Much more recently, in 1960, missionaries Ralph Henley and Ernest Stewart worked among Jews and Arabs of the modern state of Israel to win souls for Christ. Stewart’s work led to the baptism of Victor Joseph, an Arab, who worked with a small Church of Christ in Jerusalem. Raji Stephan now ministers for the church. In Galilee, Stewart helped launch a Christian high school that is now self-supporting, though government restrictions prevent missionaries from working with the school.

BRIDGES BETWEEN JEWS AND CHRISTIANS

Downtown Jerusalem is home to Netivyah, a Bible instruction ministry with ties to Churches of Christ. 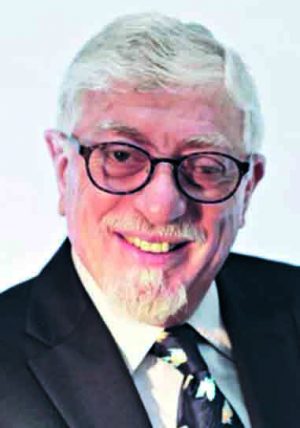 The ministry’s founder, Joseph Shulam, is from a Bulgarian Sephardic Jewish family that immigrated to Israel in 1948. In high school Shulam was introduced to the New Testament and became fascinated with the teachings of Yeshua (Jesus).

He became a Christ-follower and was rejected by his family. He traveled to the U.S. and finished high school in Dasher, Ga., and studied at two schools associated with Churches of Christ — Michigan Christian College (now Rochester College) near Detroit and Lipscomb University in Nashville, Tenn. He also studied at Hebrew University and Orthodox Jewish Yeshiva (Rabbinical College) in Jerusalem.

He founded Netivyah (Hebrew for “the way of the Lord”) to build “bridges of understanding between Israel and the nations, between Jews and Christians, through the restoration of the first century disciples of Yeshua,” according to the ministry’s website. Netivyah offers courses on Judaism and teaches the New Testament “in light of (its) Jewish context and roots,” the website says. Netivyah also helps Jewish Christians around the world and the poor in Jerusalem with humanitarian aid and food distribution.

Netivyah’s facility also serves as the meeting place for a Messianic Jewish congregation. This year the ministry celebrates its 40th anniversary.

THE CHURCH IN JESUS’ HOMETOWN

The church in Nazareth began in 1960 through the efforts of Stewart and Henley. At least nine families have served as missionaries in Nazareth in the years since, said Evertt Huffard, a professor at Harding School of Theology who provides church equipping for missions through Mission Resource Network. Huffard and his wife, Ileene, served as missionaries in Nazareth for five years and return regularly to encourage the church, which is supported by the Broadway Church of Christ in Lubbock, Texas.Maurice Jadon serves as minister.

Two millennia after Jesus walked the streets of Nazarth, Jadon said, “Our goal and dream is that the Church of Christ in Nazareth will be a center of preaching.” The church also hosts hundreds of Christian tourists each year.