People
The bus on which Rosa Parks refused to give up her seat | Photo via Wikimedia Commons
Print
Share:

'A pebble cast in the segregated water of Montgomery, Ala., created a human rights tidal wave that changed America.'

Fred Gray and his friend Rosa Parks ate lunch together that Thursday — Dec. 1, 1955 — as they often did.

However, the woman who became known as “the mother of the Civil Rights Movement” gave no indication that she planned to challenge the Montgomery, Ala., law forcing blacks to the back of public buses.

“I can’t tell you what made her do what she did,” Gray, a longtime elder at the Tuskegee Church of Christ in Alabama, said in an interview with The Christian Chronicle after Parks died Oct. 24 at age 92. 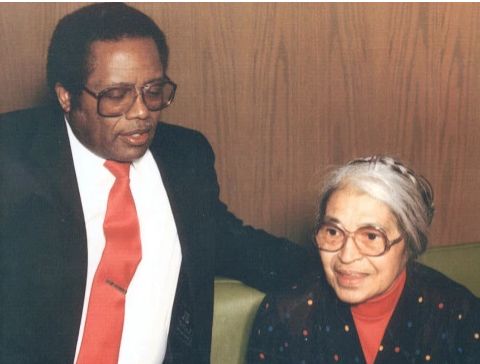 Fred Gray with Rosa Parks in an undated photo.

Fifty years ago, Gray was a young lawyer and part-time Church of Christ preacher. Parks was a seamstress at a department store a block and a half from his law office.

The two shared an interest in politics and civil rights and were active in the National Association for the Advancement of Colored People. Parks, then 42, was the Montgomery branch’s secretary, and Gray, 24, served as youth director.

“For almost a year, we met, shared our lunches and discussed the problems in Montgomery,” Gray wrote in his 1995 autobiography, “Bus Ride to Justice.” 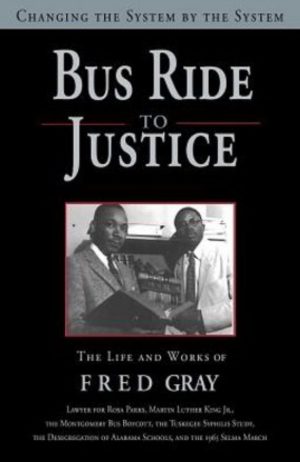 But that night, after returning home from an out-of-town meeting, Gray said he was as shocked as anyone to learn of Parks’ arrest for refusing to give up a bus seat to a white, male passenger.

The simple act thrust Parks — and Gray — into the history books.

Gray represented Parks as she was convicted of disorderly conduct and ordered to pay a $10 fine, plus $4 in court costs. He became the lawyer, too, for the young and relatively unknown Baptist pastor chosen to lead the famous 381-day Montgomery bus boycott by 40,000 blacks. That pastor’s name: Martin Luther King Jr.

In the wake of Parks’ death, Gray expressed his deep sadness and reflected on her legacy.

He described her as a woman of courage and quiet strength, a humble seamstress whose “actions have woven together the discords of racism and injustice into a fabric of fairness and equality.”

“One could say that Mrs. Parks’ refusal to surrender her seat on a Montgomery bus created an ever-widening ripple of change throughout the world,” Gray said.

Like his famous clients, Gray has dedicated his life to ending discrimination.

In the half-century since Parks refused to give up her seat, Gray has attacked segregated restaurants, schools, housing, professional associations, parks, jails, law enforcement and, he said, any other vestige of slavery and segregation “that I could find.”

Nonetheless, Gray’s contributions to civil rights remain too-little known, said Scott Billingsley, a history professor at the University of North Carolina at Pembroke and a member of the East Seventh Street Church of Christ in Lumberton, N.C.

“Unfortunately, even less has been written about his life as a Church of Christ preacher,” Billingsley said.

Gray was baptized at the Holt Street Church of Christ at age 8 in 1939. The Montgomery church — which his father helped build before dying when his son was 2 — played a major role in Gray’s life from his youngest years.

When Gray finished the seventh grade in 1943, his mother arranged to send him to the Nashville Christian Institute, a Church of Christ boarding school for black youths. Later, Gray became one of school president Marshall Keeble’s “boy preachers,” accompanying Keeble on fund-raising trips all over the nation. (Keeble, a pioneering black preacher, baptized an estimated 30,000 people before he died in 1968.)

Throughout the Civil Rights Movement, Gray kept preaching even as he devoted himself to law, his second love.

The next year, Gray’s small black church merged with the small white East End Church of Christ after Gray approached a white church leader with the idea. Gray and two white members were appointed as the Tuskegee church’s first three elders, a position he still holds.

In a 1985 interview with the Chronicle, Gray said, “I have not really viewed my work necessarily in terms of how members of the church reacted. For the most part, members of the Church of Christ are very conservative so neither in the white church nor in the black church has there been any real active participation in bringing an end to desegregation. That has not discouraged me.”

Twenty years after that interview, Gray laments that the Tuskegee church’s white members have died and the small congregation is all black again. And throughout America, he said, Sunday morning remains the most segregated time of the week.

“We’ve made a tremendous amount of progress,” he said. “Fifty years ago, everything was completed segregated, and I have played a major role in filing lawsuits that resulted in changing that.”

It all started with one determined woman on a bus.

Said Gray: “A pebble cast in the segregated water of Montgomery, Ala., created a human rights tidal wave that changed America.”