Lynn McMillon
CIVIL RIGHTS ATTORNEY discusses racial progress, in America and the church, as he reflects on a lifetime spent fighting social injustice.
One of the nation’s leading civil rights attorneys, Fred Gray served as Martin Luther King Jr’s. first civil rights lawyer. He also represented Rosa Parks in the historic case that led to the Montgomery, Ala., bus boycott in 1955.
Born in 1930, Gray has spent a lifetime fighting social injustice.  His cases have not only championed justice but also frequently set precedent as in Browder vs. Gayle, which integrated buses in Montgomery in 1956. Gray took NAACP vs. State of Alabama to the Supreme Court,  winning the right of the NAACP to do business in the state.
Apast president of the National Bar Association, Gray was the firstAfrican-American elected president of the Alabama State BarAssociation.
Bus Ride to Justice: Changing the System by the System provides an autobiographical account of his life, from the ghetto of Montgomery to his work as an eminent civil rights attorney. Gray is also a man of God. He preaches whenever possible and has served an an elder of the Tuskegee, Ala., church  for more than 25 years. Gray is married to the former Carol Porter. He has four children and six grandchildren.
Who were the persons of greatest influence in your early life?
My mother, Nancy Gray, was the greatest influence in my life until I was grown.  My father died when I was 2, and she raised me. Several ministers in my home congregation of Holt Street in  Montgomery, Ala., influenced me to want to be a preacher. One of those, brother Sutton Johnson, took me to Nashville Christian Institute in Tennessee (a school for African-American Christians). While at NCI for my high school education from 1943 to 1947, Bonnie Matthews, dean of boys, was the closest thing to a father to me.
He recommended me to brother Marshall Keeble, who took me and others on several of his preaching trips to the West, Florida and Mississippi, where we established the church in Natchez.
How did you become interested in a law career?
After going to Nashville. I came back to Montgomery with the idea of becoming a teacher and a preacher.  From my return in December 1947 until May 1951, I saw many people mistreated on the Montgomery buses. I soon realized that we not only needed preachers, but we also needed proper legal representation.
While a student at Alabama State College, I made a secret commitment that I would finish college, finish law school, return to Alabama, pass the bar exam, became a lawyer and “destroy everything segregated I could find.” In September 1951, I enrolled in law school, and I graduated in June 1954. My first civil  rights case was that of a 15-year-old girl, Claudett Colvin, who was arrested nine months before Mrs. Rosa Parks.
Were there major differences in how black and white congregations viewed your role in the Montgomery bus boycott?
That is a question someone else is in a better position to evaluate.  From December 1955 to December 1956, the Holt Street congregation in Montgomery, along with other congregations, participated in the Montgomery bus boycott.  My brother, Thomas Gray, was a member of the Montgomery Improvement Association. We had no contact with white congregations at that time.
What are the special moments when you were elated or saddened by the response of your Christian brothers and sisters concerning your role in the civil rights movement?
I was especially appreciative of what they did at the National Lectureship, which met in Cincinnati last year, in recognizing my work. I didn’t get involved in any of this for recognition.
The greatest disappointment is that if we had just followed the example of Jesus, none of this would have happened in the first place. Generally, I thought that once people in authority saw what African-Americans could do and how they could perform well on all levels, they would accept us as equals; not because a court ordered it, but because it is right. In my state, it has not happened.
What progress has been made in resolving racial problems in your home state, the city of Tuskegee and in the church where you serve as an elder?
I would like to believe that every Church of Christ would have its doors open so that if any person of any race wanted to come in, they would be able to do that and not be referred to another congregation. I think that no church would do that now and would welcome everyone into their service.
With respect to our church in Tuskegee, we once had a black church and a white church. There were only a handful meeting in the black church, and we quietly merged the two congregations with no problems. Unfortunately, over the years the older members have passed on, and so there are no white members now.
Alabama now has a few churches where blacks are in leadership roles.
How did you and others feel at the closing of Nashville Christian Institute, and how did you and other disappointed supporters resolve that issue?
The closing of Nashville Christian Institute was made without giving the black brotherhood an opportunity to support the school that had been supported by whites. We felt it was wrong — with only one black person on the board — and we filed a lawsuit, trying to prevent the closing and stop the endowment funds from going to Lipscomb University. We felt funds should have gone to Southwestern Christian College rather than Lipscomb. We lost that case.

Describe some of the unrecognized efforts of Christians like yourself to help ease racial tensions? Who are your heroes of racial unity and social justice in our fellowship?
I am sure there are some, but I just don’t know who they are. My knowledge is so limited. A lot of people do quite a bit of work in their area, but we don’t know about them or their work. They are not doing it for the purpose of being known but because it is the right thing and it is their Christian duty. When I hear people talk about the church not being completely involved in the Civil Rights Movement, I know that isn’t the truth. I was involved. Most of the members in our church were involved. I think the Lord played a major role in bringing about civil rights.
There seems to be an unspoken distance between black and white churches in many places. What insights do you have as to why and what can be done to improve?
I think they maintained segregation in the congregations just as the law required segregation. However, when the law changed, the churches did not change. When people become accustomed to doing something over a period of time, it becomes a habit and it doesn’t change. In that case, overt action must be taken in order to bring change. Then you have those who occupy positions of leadership and don’t want to share their roles. They are comfortable and don’t want others involved who might upset the apple cart.
Racism is still alive in this country to a great degree, and it is also alive in the church whether we realize it or not. It has not gone away by itself over all these years. If we do what we have been doing in the past, we will get the same results.   To bring about true racial harmony in the Lord’s church, we must have a plan, but a plan is no good if it is not executed. We must execute the plan. Once we do that, we can stop the problem.
What is your dream for the future?
That people truly get to know each other. It’s not just a color question. Too many people visit our congregation and then go out and the members never learn who they are or make them a part of the church. We should learn to love others and “do unto others as you would have them do to you.”

Ronald D. Wright, a longtime minister and elder of the… 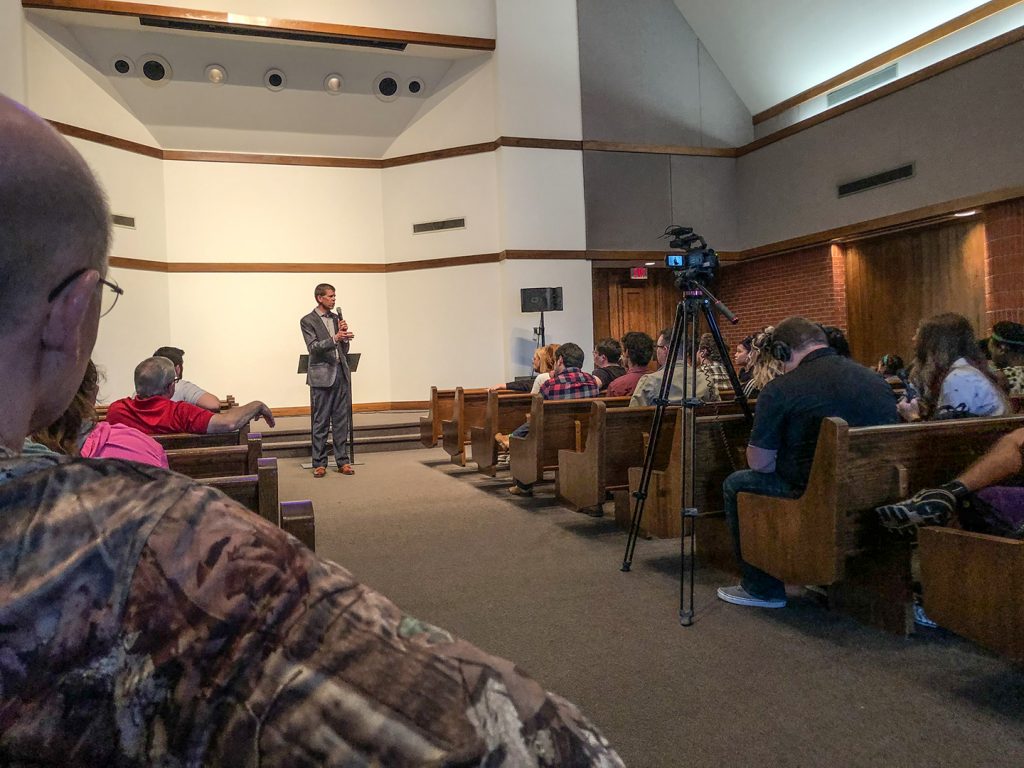