‘You don’t ever think that’s the last time you’re going to see somebody,’ Izzy Stevens says.

Hattie, known for her colorful headbands adorned with flowers, rainbows and unicorns, was the daughter of youth minister Matt Collins and his wife, Macy. 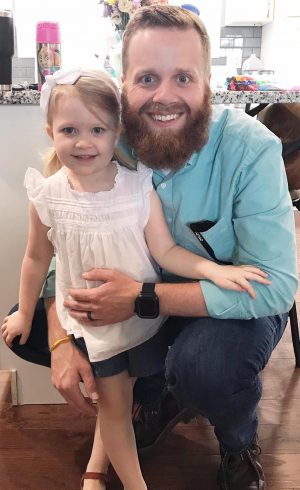 “Hattie was the sweetest, sassiest, happiest, cutest little girl ever,” Izzy said of the blond bundle of energy — one of five children and 14 adults killed last Tuesday when an EF4 tornado battered this community 80 miles east of Nashville.

The two became close during Matt Collins’ time serving the Jefferson Avenue Church of Christ, Izzy’s home congregation for most of her life.

“She was never negative and always smiling,” the high school senior said of the spirited child, who loved to sing and recite Scriptures she had memorized. “She loved the kids in the youth group so much. She called us ‘Daddy’s big kids.’ We were her family away from home.”

That Friday night, Izzy’s family and a few others had met the Collinses — including Hattie’s baby sister, Lainey — for pizza in a nearby town.

With the Collins family now working with a different congregation — the Collegeside Church of Christ near Tennessee Tech University — the dinner offered a chance for everyone to catch up.

“I’ll see you next year!” Hattie called out to Izzy before leaving the restaurant.

Her father had put her up to that as a joke.

“That’s the last thing that she said to me,” Izzy said. “It was funny, and it was cute.” 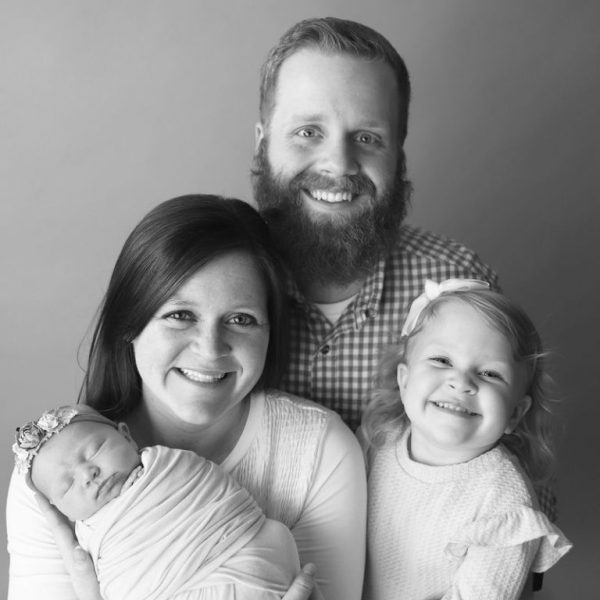 ‘Have you heard the news?’

When the twister struck about 2 a.m. March 3, it missed Izzy’s house.

She checked to make sure a few friends were OK.

She heard that the Collins family’s neighborhood was hit, so she called Matt’s phone. No answer. She texted him three times. No response. She figured the power was out. 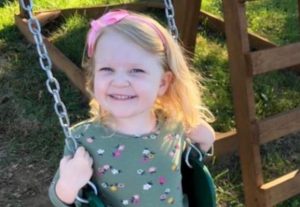 By the time the sun rose, Izzy’s phone was lighting up — including messages from people who didn’t normally text her — asking, “Have you heard the news?”

“What do you mean?” she responded.

A funnel cloud with winds up to 175 mph had flattened her former youth minister’s home. Matt, Macy and 11-month-old Lainey were in the hospital with non-life-threatening injuries.

But reports circulated that Hattie was missing.

Only later did Izzy learn that Hattie had remained in her father’s arms during the storm. After Matt blacked out, a rescuer had taken her. Though the little girl didn’t survive, she never really was lost.

“At the time, though, nobody really knew,” Izzy said.

‘Mommy, I can see Jesus’

When she heard Hattie was believed missing, Izzy didn’t stop to eat. She didn’t shower. She grabbed her car keys.

She picked up her boyfriend, Brooks Burr. They drove around for a while, unsure of their destination. They tried to enter the tornado zone — Izzy thought they might help search for Hattie — but authorities wouldn’t let them in. 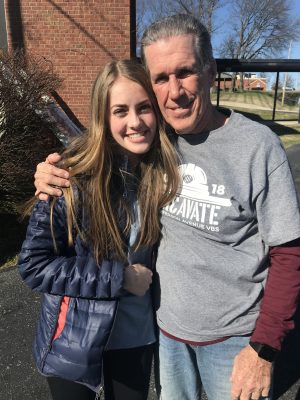 They ended up at the Jefferson Avenue church, where hundreds were assembling to unload a tractor-trailer rig of food and emergency supplies from Churches of Christ Disaster Relief Effort.

“We had people from all over this city,” Izzy said of the crowd of volunteers. “People from out of state had just come here to help. And we immediately had people dropping stuff off.”

She got to work helping organize the donations and collecting information from victims — such as their home address, or at least the address where their home used to be.

By that night, the worst was confirmed: Hattie had died in the storm. However, Izzy took comfort in knowing that her friend never was alone in the rubble.

In a Facebook post, Matt Collins shared some of the family of four’s last moments together that Monday night during what was their usual, pre-bedtime routine. Macy had read a story with Hattie.

Hattie loves to be held. Ever since she was born, Hattie has loved being held. In 4.5 years, she has slept with Macy…

“After they finished reading, Hattie looked up at Macy as she often does after story time,” he wrote. “Hattie would rather talk than sleep. She told her, ‘Mommy, I can see Jesus, and he is wearing all white.’”

The youth minister ended his post with this: “Before we knew Jesus was going to hold her that night, she did. We do not believe the Lord took our girl from us. We believe he is holding our girl for us. And Hattie loves to be held.” 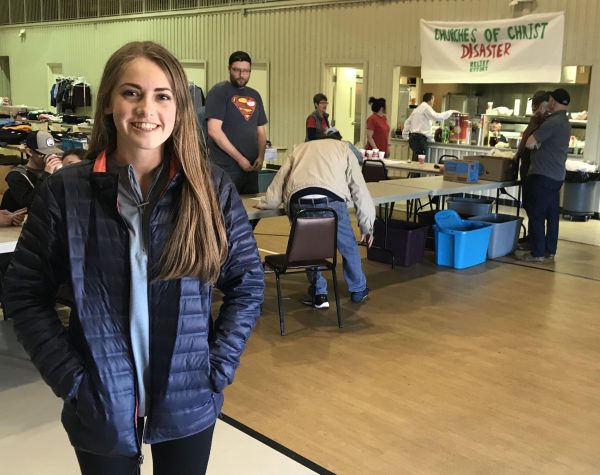 Izzy Stevens at the disaster relief center of the Jefferson Avenue Church of Christ in Cookeville, Tenn.

Serving amid the tears

The day after the tornado, her classes at school canceled, Izzy walked a mile and a half to where the Collinses’ house once stood.

With street signs and other landmarks gone, it took her a long time to find their place.

Amid the debris and scattered objects, she dug through the dirt and the grime in search of some of Hattie’s 30 or so headbands.

One was torn apart and would need to be glued back together.

“I didn’t let anybody touch them,” Izzy said.

She took the headbands with her and washed them with soapy water. She put them in a plastic bag for safekeeping. When the time is right, she’ll give them to Hattie’s family.

In the meantime, Izzy is trying her best to stay busy.

For now, that involves working sunup to sundown at the Jefferson Avenue church’s disaster recovery center.

“You don’t ever think that’s the last time you’re going to see somebody.”

Deacon Rick Gilbert, the church’s disaster relief coordinator, praised Izzy and her friends for all their hard work.

“Just being here, it’s obviously to help people,” Izzy said. “It feels like the right thing to do.”

If she slows down too much, her mind drifts and wanders.

Her eyes water up.

Her sentences start trailing off.

“You don’t ever think that’s the last time you’re going to see somebody,” Izzy said of her final visit with Hattie. “I’m glad I got to see her, though.”