Teen who attended a Church of Christ among those killed in Cookeville, Tenn.

Thirteen-year-old Bridgett McCormick had just started to come out of her shell and get involved with the other youth group members at the Sycamore Church of Christ in Cookeville, Tenn.

“This kid … she absolutely loved the Lord,” said her foster father, Mike Phillips. “She was at church every time the doors were open.” 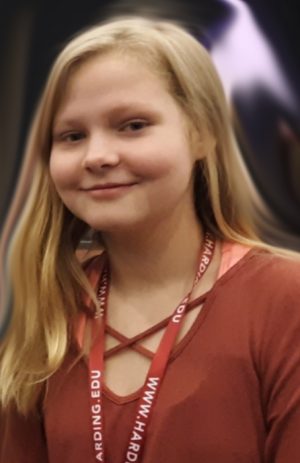 Then, early in the morning on March 3, a tornado swept through this Middle Tennessee community, hitting the Phillips’ home where McCormick, her biological brother Ethan and four other foster children lived.

McCormick and 18 others in Putnam County, where Cookeville is the county seat, were killed.

On the night of the storm, Mike and Kim Phillips, who both work as police officers, awakened around 2 a.m. to alerts going off on their phones, warning them of the EF4 twister.

As soon as they read the alert, Mike Phillips said he heard the winds from the storm outside and realized what was happening.

“I knew what it was, and I said, ‘Get up — get the kids!’” Phillips said. “We jumped up. I headed straight upstairs.”

Phillips said there was only about 30 seconds between the alert and the time it took for the storm to move through.

“I ran upstairs, and as soon as I turned into our 9-year-old Charles’ room, the windows exploded,” Phillips said. “I could see him laying in the bed, asleep.”

The next moment, Phillips woke up downstairs on the living room floor.

“I saw my wife flying across the floor on her belly, like she was going down a slip-and-slide,” he said. “All I remember is being on the living room floor. I remember the sound was just unimaginable. … That thing came right through our front door — it came right through it. And I remember seeing the house falling, and I just knew we were going to die.” 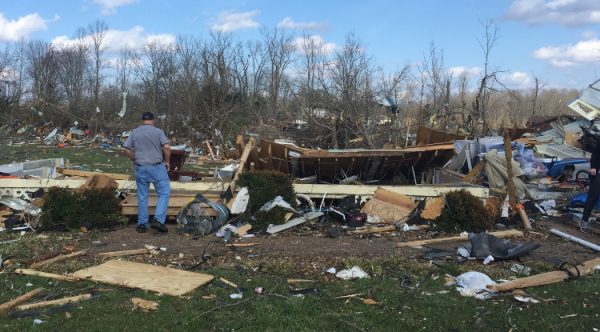 The Phillips’ home was destroyed by the tornado.

Once the storm passed, Phillips realized he and his wife were under a “furniture fort” — the couch, chair and table had piled over them, likely saving their lives.

“We were in this little pocket … and it was over as fast as a gun (shot), and it was gone just that quick,” Phillips said.

After realizing they were alive and had no critical injuries, he immediately began praying, thanking God for saving them.

“When I walked out, I turned and looked at the house, and there was no way we should have been alive,” Phillips said.

The house had collapsed around them.

Ethan, Bridgett’s brother, also walked away without injury. He was the first to emerge from the rubble. He quickly found Mike and Kim. When he knew they were OK, he started looking for the other kids.

“I’ve never felt so helpless in my life.”

Charles, whose room Phillips had just reached when the storm hit, had been sucked out of the house. He was found in a neighbor’s yard with minor injuries. Destiny, 10, was down the street unscathed, Phillips said. Cale, 16, and Rihanna, who turned 6 a few days after the storm, both crawled out of the rubble, also without injury.

“I could hear Rihanna crying, and I’ve never felt so helpless in my life,” Phillips said. 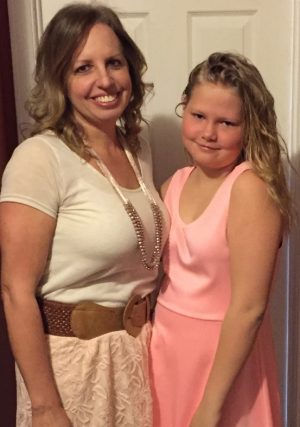 “What’s hard (about) being a police officer is nobody has to tell you,” Phillips said, choking up. “You just know. You just know.”

He had found Bridgett’s lifeless body.

Just the weekend before, the teen had attended the Challenge Youth Conference in Pigeon Forge, Tenn. The annual gathering draws thousands of young people from Churches of Christ.

When Phillips picked her up afterward, she couldn’t wait to go back to church.

Kevin Daughrity, the Sycamore church’s youth and family minister, said McCormick had just started to get to know the other youth and had started engaging in the lessons.

“She was timid at first, but recently she had become involved and was excited to meet more people,” Daughrity recalled. “It’s almost like she knew it was her last weekend.”

After hearing what had happened, the youth minister found the family and spent time praying and sharing stories about Bridgett.

Just days after the storm, the Phillipses adopted four of the other foster children who had been living in their home. Bridgett and her brother were hoping to be adopted by the family soon, as well.

“That’s all Bridgett wanted and talked about was wanting to be adopted,” Phillips said. 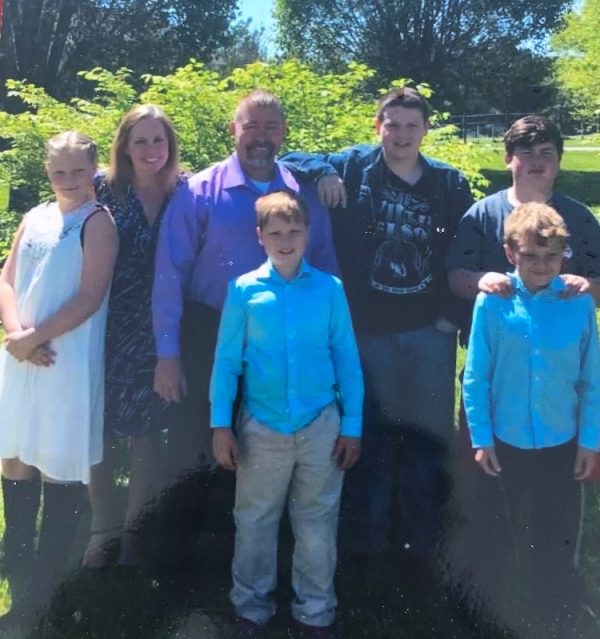 Kim and Mike Phillips with some of their children.

Phillips said it was a blessing to have Bridgett in their family while they did. He hopes to share with others how truly special she was. She was remembered at a March 10 memorial service at the Sycamore church.

“I mean, that’s her story. That’s it. He’s real, and Bridgett believed it.”