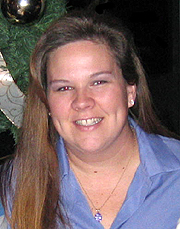 The Charlotte Observer recently featured Debbie Scott, a member of the Mountain Island Church of Christ:

Saying Debbie Scott takes the sport of disc golf seriously is a bit of an understatement.
Scott spent months helping bring the World Disc Golf Championships to Charlotte, and as much time preparing to play in the Professional Disc Golf Association’s biggest event, which began Tuesday.
“I worked with the local organizing committee, getting their Facebook page and other social media going,” Scott said.
“But the last four months, I’ve trained at all five courses with some intensity. I want to know every shot, every throw that I can possibly do, under any condition. I’m pretty well trained now, I’m ready to go.”

Read the full story.
See Scott’s website and find out how she did at the world championships.