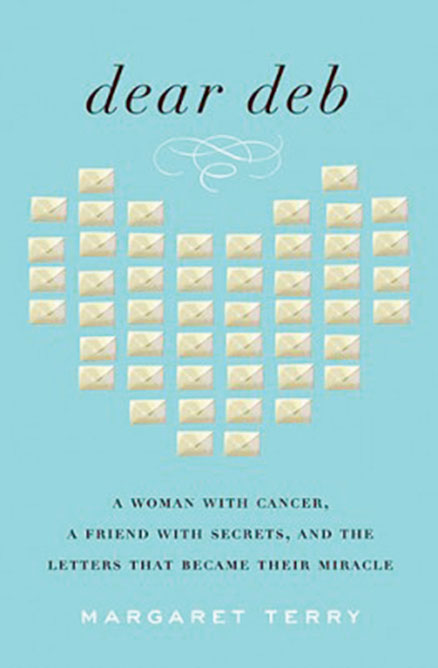 B. Tyler Ellis. Question Everything: A Fresh Way to Read the Bestselling Book of All Time. Newark, Del.: Dust Storm Books, 2013. 960 pages, $24.95.
This tome has good reason for being so thick — it poses a question for every single verse in the Bible. The author, a campus minister for Churches of Christ near the University of Delaware, asks readers to consider what God was telling them through that chapter — and what they should do about it.
FRIENDSHIP AND LOSS

Margaret Terry. Dear Deb: A Woman with Cancer, A Friend with Secrets, and the Letters That Became Their Miracle. Nashville, Tenn.: Thomas Nelson, 2012. 240 pages, $16.99.
Letters to a friend of the author — a woman dying of cancer — reveal the miracles of everyday life and the beauty of a life that blooms only for a little while. Deb died at age 55 from lung cancer, and this book binds 55 of Terry’s letters to her.
OLD TESTAMENT

Ron Clark. The God of Second Chances: Finding Hope Through the Prophets of Exile. Eugene, Ore.: Cascade Books, 2012. 180 pages, $22.
Clark, minister for a Church of Christ in Portland, Ore., proposes that Christians should see themselves as the prophets of Israel’s exile — holy men who were close to losing hope in a people who had collectively lost their way. Their mission: to bring lost people back to a compassionate Savior.
PUBLIC FAITH

D.A. Carson. The Intolerance of Tolerance. Grand Rapids, Mich.: Eerdman’s, 2013. 196 pages, $16.
Tolerance has undergone a shift in recent years, argues Carson, a New Testament professor at a divinity school. Rather than understanding other beliefs, tolerance now means that all beliefs are valid. Carson explores the history of this phenomenon and the damage it causes to democracy and the Christian faith.