A minister transition can be difficult. An Oregon congregation seeks to make it work.

CORVALLIS, Ore. — After 38 years of ministry with the Circle Church of Christ, Gregg Strawn sprinkled bits of humor, warning and reflection into his final sermon.

Sporting a tie that belonged to his late father — a former elder of this 150-member congregation in the hometown of the Oregon State Beavers — Strawn explained why he always wore suspenders when preaching.

“It’s a very complex answer,” the 66-year-old minister teased. “It has to do with physics and body shape.” 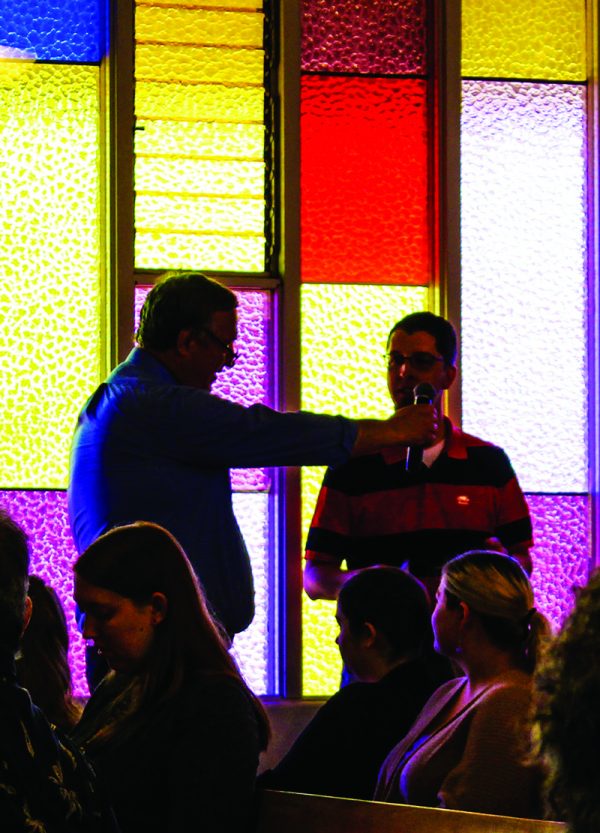 As the congregation burst into laughter, he added, “But in a simple word, I wear suspenders to hold my pants up.”

“Praise God!” another declared to the delight of the guffawing crowd.

The Sunday morning hilarity helped relieve the tension for Christians faced with losing the only preacher many ever had known — the one who had baptized entire families, performed wedding ceremonies for generations, spoken at countless loved ones’ funerals and rushed to so many hospital bedsides.

When Strawn decided to retire, word reached Thomas Pruett — a young minister with ties to Oregon — that the Circle church needed a new preacher. Pruett’s response was immediate and emphatic.

“No,” he recalled telling his wife, Amy. “I will not be the guy after a 38-year-tenured guy. I don’t want to be the sacrificial lamb.” 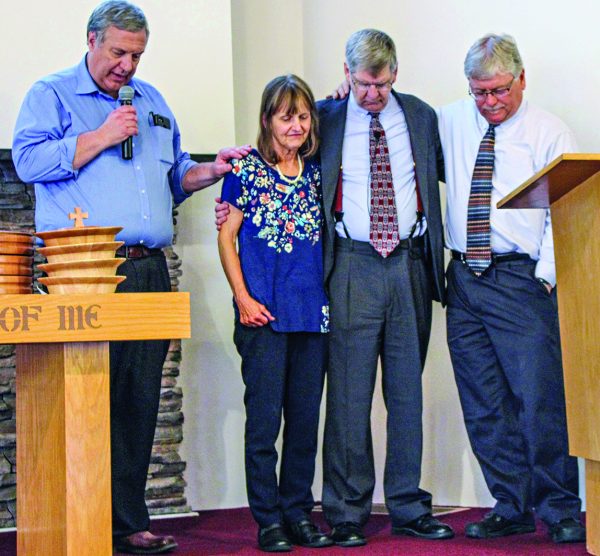 Elders Casey Long, left, and Mark Johnson, right, pray over Gregg and Pam Strawn before the longtime preacher’s retirement after 38 years of ministry.

It’s true: Congregations that adore their preacher who leaves or retires often have trouble accepting the new guy, who typically quits or is forced out within a few years, experts say.

In fact, such rocky tenures occur so frequently that “interim ministry” has become a common practice. It works like this: A temporary preacher fills the pulpit while the church undergoes a six- to 18-month process of contemplation and discernment.

But in the case of the Circle church, the elders chose a different approach — one that persuaded Pruett to change his mind about following Strawn.

It’s true: Congregations that adore their preacher who leaves or retires often have trouble accepting the new guy, who typically quits or is forced out within a few years, experts say.

“There are many opinions on how to do this right,” said Casey Long, one of the congregation’s two elders. “A key for us was that we had a long-term minister who gave us a long lead time — maybe two years or so — to think and determine how we wanted to proceed.”

The elders pondered the transition for about a year before informing the congregation of Strawn’s retirement plan. A committee of ministry leaders and their spouses was formed to search for a new preacher.

“During this time, we very much trusted and prayed that God was involved,” Long said.

Out of more than 20 applicants, three finalists were selected.

Pruett, then 29 and serving as the minister for the Northern Hills Church of Christ in western South Dakota, emerged as the top candidate.

He, his wife and their four children — with a fifth on the way — moved to Corvallis about six months before Strawn’s last official day of work.

“I don’t want to be the sacrificial lamb.”

“It was our goal to have some overlap as we wanted Thomas to be mentored by Gregg, and we wanted to allow the church to ease into the transition,” said Long, a Circle member since 1981.

“Some places want time in between, sometimes a year or more,” he added. “We did not see that as the route to take. Perhaps that would have been different if Gregg’s leaving had been adversarial or forced.” 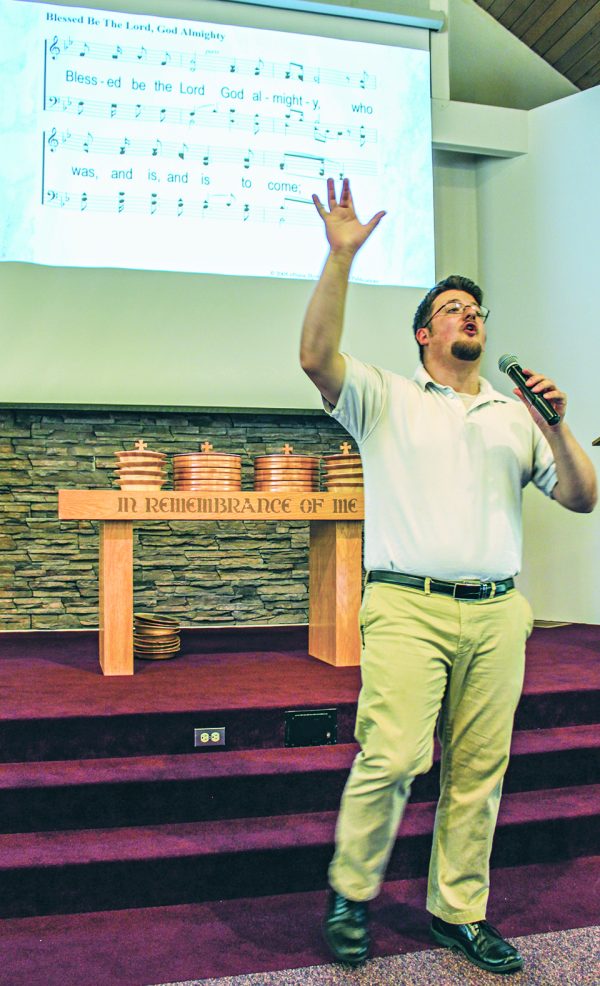 Strawn grew up in the Circle church, which formed in 1942 in this university town about 80 miles south of Portland. The future preacher was about 12 years old when he was baptized around 1965.

In a state usually ranked among the nation’s least religious, thousands of new freshmen arrive each fall to attend Oregon State University.

Strawn began work as the congregation’s campus minister in 1981 and moved into the preaching role in 1984.

Even after he left formal campus ministry, the opportunity to share Jesus with students from around the world proved a major factor in Strawn remaining with the congregation, he said. It’s the only Church of Christ in this university town of 55,000.

In retirement, Strawn and his wife, Pam, plan to remain a part of the congregation — a dynamic that experts say can create problems if the former preacher has any trouble adjusting to his new role outside the pulpit.

But after months spent preaching and serving alongside each other, both Pruett and Strawn insist they expect no issues.

“I’ve been talking to the elders for a couple of years about the transition to come,” Strawn told The Christian Chronicle. “One of the things that I told them is, ‘If we don’t do this wisely, no matter how good the next guy is, he’ll be a sacrificial lamb simply because he’s not me.’ We didn’t want that.” 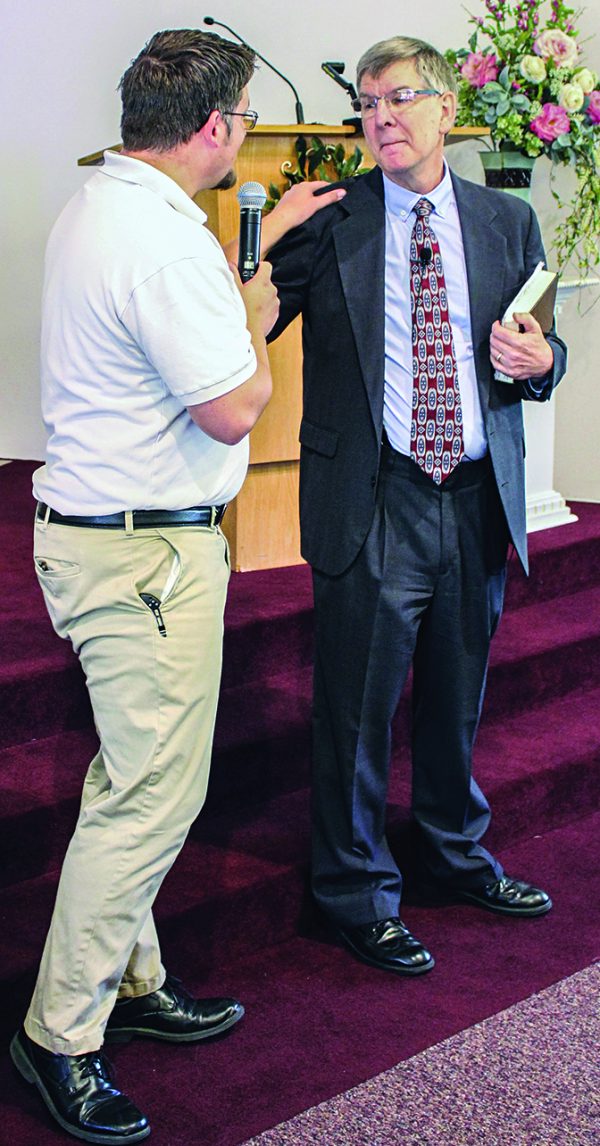 Thomas Pruett thanks Gregg Strawn for his years for service to the congregation.

After Pruett’s arrival, intentional steps were taken “to pave the way for this congregation to love him and accept him,” Strawn said. “Every time I had the opportunity to bless him or coach him, I made the most of that opportunity. So no, I don’t think that Thomas is going to be the sacrificial lamb.

“You will all watch your words and the ways that you go at these people, these servants of God.”

“In the future, if someone says, ‘Thomas did X, Y, Z, and I don’t know what I think about that,’ I can guarantee my response is going to be, ‘You know what? I know Thomas is a good guy, and if you go and talk to him, he’ll help you understand why he did what he did.’”

In his final sermon, Strawn’s voice raised — like a musical crescendo — as he urged the congregation to honor and appreciate Pruett as well as campus minister Joshua Stutzman and church office administrator Maria Zhang. 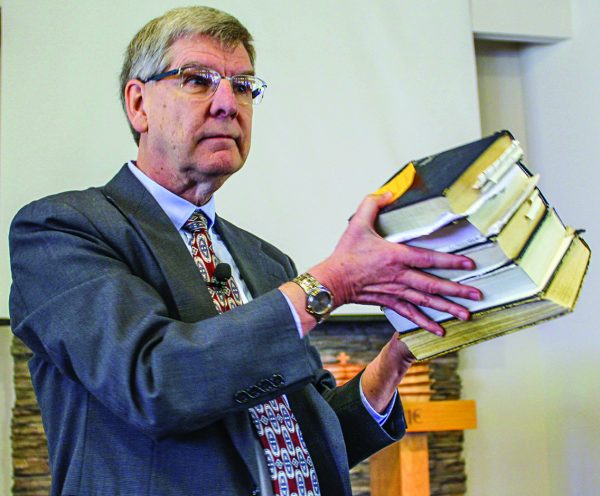 Gregg Strawn holds up the Bibles he said he wore out during his 38 years of ministry with the Circle church.

Strawn remembered a note taped to the main door of the church earlier in his tenure that characterized him as “terrible, rotten and inflexible” and blamed him for “every problem in the life of the church.”

“Some people feel like they can say all kinds of things to the church staff,” he told the church. “Some of those leave scars on a minister’s heart and mind. And you must not look at Thomas and Josh and Maria as people with a target on their backs. You will all watch your words and the ways that you go at these people, these servants of God.”

Gregg Stawn's retirement party is next week!(And he finally gets his cupcake!)

Pruett led singing on Strawn’s final Sunday and moved into the solo preaching role the next week.

Such a transition wouldn’t work in every case, the new minister said.

“Gregg is humble. He is selfless. He is giving. Did I mention he is humble?” said Pruett, now 30. “With his attitude of wanting to pass the torch well, wanting to share his experience, never wanting the spotlight — it only works if all of those factors are there.” 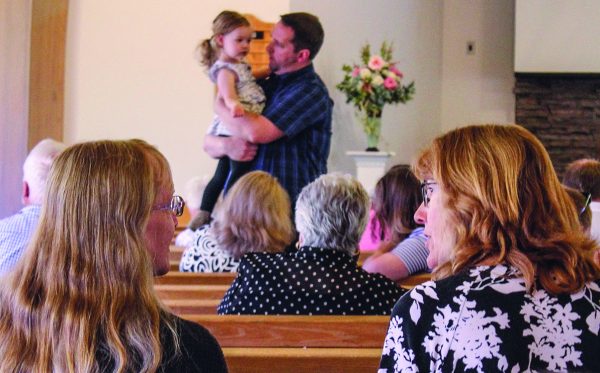 Church members visit with each other before the start of the Sunday service.

“It’s emotional,” said King, who has attended the Circle church all her life. “We’re grateful to have had someone like Gregg in our lives for so long. He’s so passionate about it, you can feel it.”

But both King and Parsons said they’re excited about the next chapter.

“It’s kind of an end of an era,” McPartlin said. “In one way, it’s sad. … But you also know it’s not the end of church or the ministry circle. It’s bittersweet.” 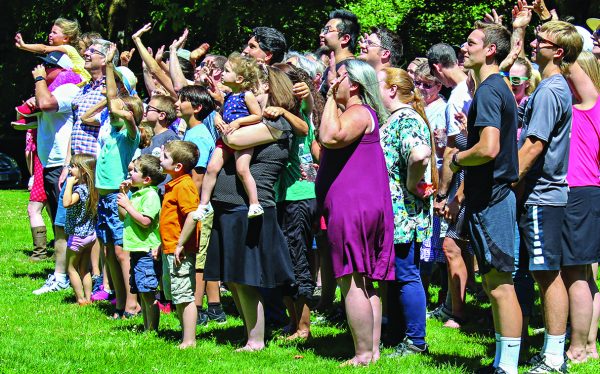 Children and their parents wave at a drone taking a group picture after a Sunday afternoon picnic that honored retiring minister Gregg Strawn and his wife, Pam.

As a retirement gift, the congregation presented Gregg and Pam Strawn with an all-expenses-paid, two-week trip to Israel. The funds came from private donations, not the church treasury.

With a wink, elder Mark Johnson turned to Pruett.

“You have something to look forward to,” Johnson said, joking that  the new minister could count on his own big gift in 2057. 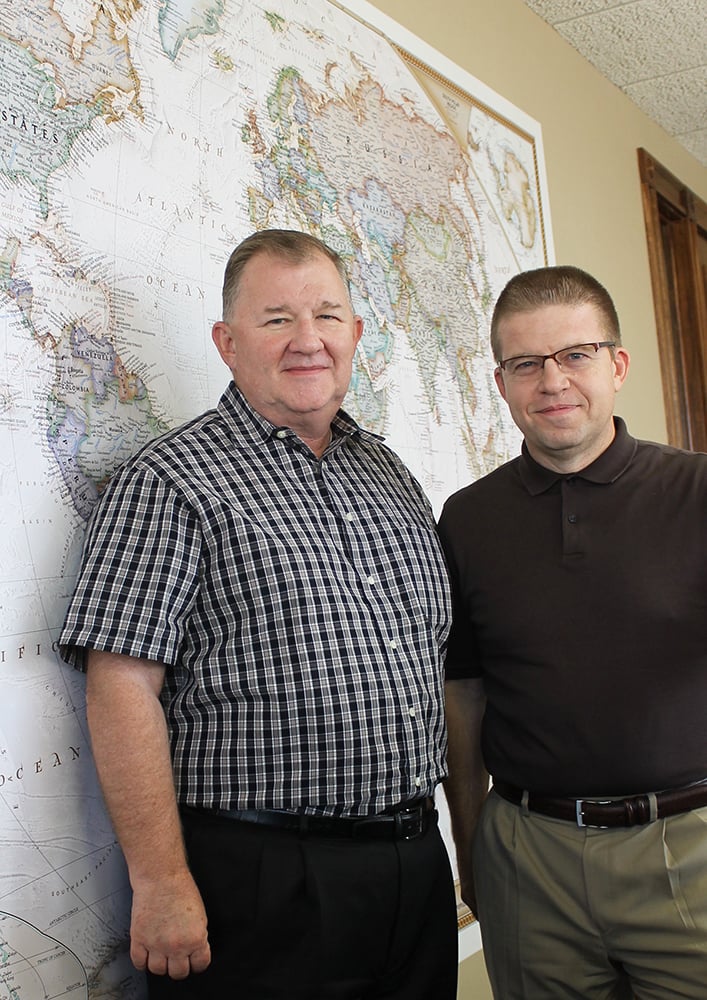