In the Pacific Northwest, a small Christian college closes amid a mix of tears and laughter.

PORTLAND, Ore. — Then came the thunder.

The sky darkened as a tear-filled weekend celebrating Cascade College’s 15-year history — and marking its closing — reached a crescendo on May 2, 2009.

“I took it as an affirmation that God really was involved in what we were doing at Cascade.”

Lightning flashed and hail pelted the gymnasium roof as communications professor Brian Simmons stepped forward to challenge the Class of 2009 to make its alma mater proud.

“I took it as an affirmation that God really was involved in what we were doing at Cascade,” Simmons said of the thunderstorm, a rarity for the Pacific Northwest. “I don’t know that I’ve ever experienced as eerie and as unmistakable a sign of God’s eminent activity as that.”

The first faculty member to sign a contract when the small Christian college opened in 1994, Simmons bought a cemetery plot in Portland and intended to spend the rest of his career on the lumpy, 12-acre campus.

He and English professor Gary Tandy, the second faculty member hired, were chosen to offer the last words to Cascade’s final 69 graduates.

“The first thing I want to say is, if you have borrowed any books from my office in the last 15 years, I want them back,” Tandy joked.

On a more serious note, he said, “May all of us who love Cascade College live in such a way that we can look forward to that ultimate alumni reunion in the beautiful northwest corner of heaven.” 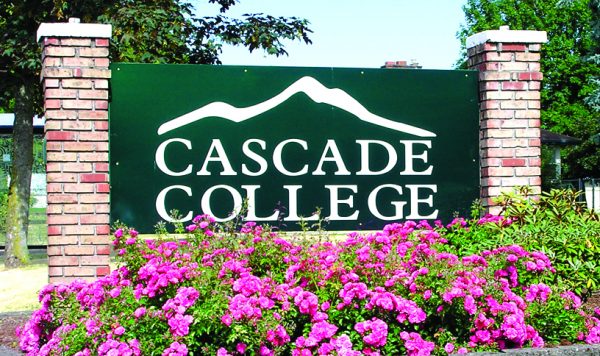 Cascade College in Portland, Ore., closed at the end of the spring semester.

Cascade opened as a satellite campus of Oklahoma Christian University after financial issues forced Columbia Christian College — founded in 1956 — to close in 1993.

Last fall, Cascade’s 280 students and 45 full-time faculty and staff members learned the college would close at the end of the spring semester. In disclosing the stunning decision, trustees for Cascade and its parent university cited financial problems and other concerns.

Kerry Barnes’ voice cracked as he contemplated saying goodbye to Cascade, which two of his children attended.

“We worked fervently over the last five years and tried everything … to make our financial model work here,” said Barnes, chairman of Cascade’s board of governors and an elder at the Vancouver Church of Christ in Washington state. “You really need 500 to 700 students just to break even. When you’re running in the 300 range, it just wasn’t feasible.” 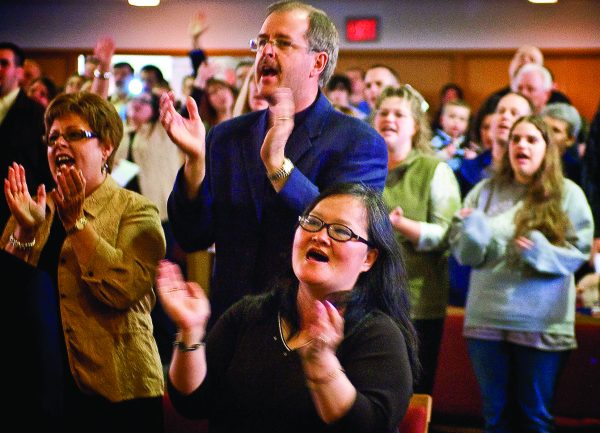 Kerry and Karla Lowery, top left, clap during the closing chapel service at Cascade College. Kerry Lowery served on the Cascade Board of Governors. Shown in front is Lori Bird. The final chapel program included the singing of the alma mater, “O Cascade,” writen by John and Cynthia Fletcher.

For leaders of Churches of Christ in Oregon, Washington state and northern California, the closing brought disappointment and concern.

Through activities such as preacher luncheons and ministry seminars, Cascade helped unify churches, said Cody Harrod, assistant athletic director and a member of the Metro Church of Christ in nearby Gresham, Ore.

In Portland — one of the most unchurched cities in America —  students and professors drawn to Cascade also provided an infusion of talent into local congregations, said Harrod, who hopes to find a new job in the area. 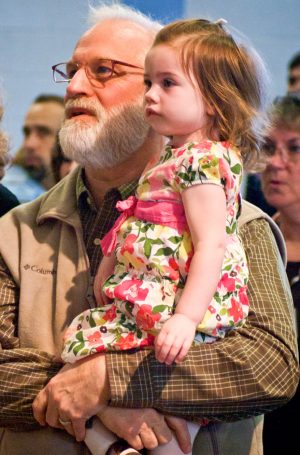 “The churches up here, there aren’t a lot of strong ones anyway,” Harrod said. “So, that’s what made it tough. This could make it even worse.”

Ironically, the closing weekend — highlighted by a reunion picnic, a student and alumni brunch, a final chapel assembly and the last commencement ceremony — drew a record crowd of more than 1,300 people to the close-knit campus in a working-class neighborhood of east Portland.

But the Class of 2009 recognized the historical significance of its march across the stage.

“It’s a little overwhelming, just the whole graduating thing and all the extra emotions because the school is closing,” said senior Elice Simmering, whose sister, Janna Lewis, was one of Cascade’s first graduates.

“It’s a little overwhelming, just the whole graduating thing and all the extra emotions because the school is closing.”

History professor Darren Williamson carried two jars of honey with him to the final chapel assembly — a thank-you gift for his service to Cascade from student Tauna Pile, daughter of a beekeeper.

“It’s going to be pretty hard,” he said as he contemplated Cascade’s final hours. “It’s a mix of emotions. You’re losing a job. You’re losing a school. You’re saying goodbye to good people — good colleagues and all that.

“So, it’s way different than a regular graduation day,” added Williamson, who has accepted a job as minister of the Keizer Church of Christ, about an hour south of Portland.

Aaron Bicknell, a freshman from Turner, Ore., stayed at Cascade after final exams to run in a track meet for a college that won’t exist this fall. 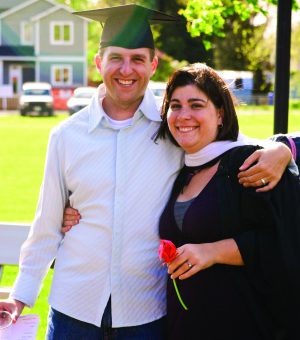 Chris and Suzanne Macaluso pose for a photo during the closing weekend.

“It’s a weird feeling,” Bicknell said as he ate breakfast with teammates Ben Bradley and Alex Laflamme in the Cascade cafeteria. “You know you’re supposed to go here four years. Your roommates are supposed to be your best friends. It’s supposed to be the greatest time of your life.

About 65 students plan to transfer to Oklahoma Christian — 1,500 miles from Portland — and take advantage of scholarships and other incentives designed to help them complete their degrees.

“Our hearts are with you. They are hurting along with you,” Oklahoma Christian President Mike O’Neal said at Cascade’s final commencement, where he announced creation of the Northwest Endowment Fund to help provide Christian college scholarships and nurture churches. “We know that your hearts are hurt even deeper than ours, and your loss is the greatest.”

Faith in God’s will

Rather than focus on the loss, however, Cascade leaders sought solace in Scripture.

They chose Philippians 1:6 as the weekend’s theme verse: “God is the one who began this good work in you, and I am certain that he won’t stop before it is complete on the day that Christ Jesus returns.”

In the Old Testament, King Hezekiah became mortally ill and prayed for God to heal him, noted Bill Goad, Cascade’s president since 2006. 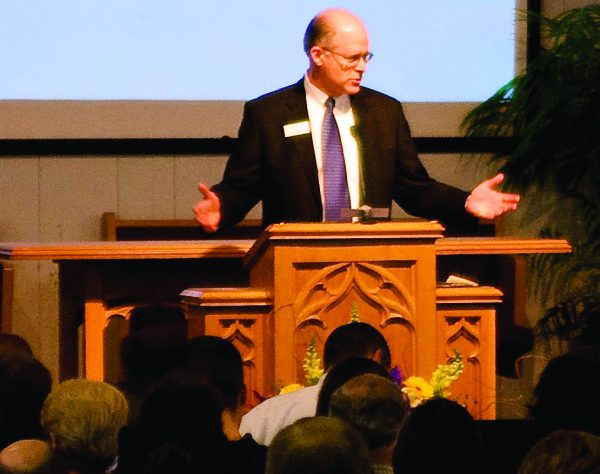 “Although we didn’t know it in 1994, just as the Lord answered Hezekiah’s prayer and extended his life for 15 years, the Lord has granted 15 years of additional life to this campus,” Goad said. “And that 15 years has meant that 2,200 additional students have enjoyed the benefits of Christian higher education in this place.”

Cascade’s legacy of love, he assured graduates, will live on.

“Take the sign away, turn out the lights, close the doors — the love that grew here will not disappear nor be diminished,” Lynn said. “We take it with us where we go, and we rekindle that flame when we reunite.” 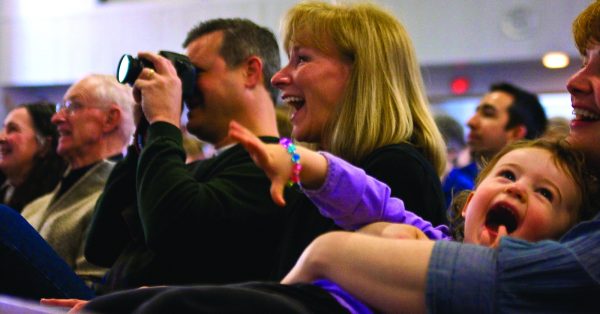 Greg and Mary Horton enjoy a laugh during the final chapel assembly at the Eastside Church of Christ in Portland, Ore. The girl is Ariel Howarth, daughter of Pearl Howarth, Cascade College’s director of alumni relations.

Perhaps fittingly, the thunderstorm prevented the Class of 2009 from making the traditional recessional out of the gymnasium.

Instead, graduates and the throng of well-wishers stayed inside and savored Cascade’s final moments together. 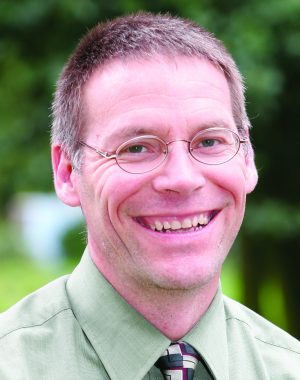 Simmons, who preaches for the Metro church, climbed the bleachers and watched the gathering from up high.

He saw the tender embraces of students from every era of Cascade. He saw the tear-stained faces of parents he had met over the years. He saw colleagues and church members from all over the Pacific Northwest.

He drank in the images, he said, and he cried. One more time.

“Just the extent of Cascade’s influence and the common bond that we had as people who loved our college — I will never forget that,” said Simmons, who will teach communications this fall at the University of Portland.

On the whiteboard outside his office, he scribbled a message that day: “What I did made a difference. May 2, 2009.” 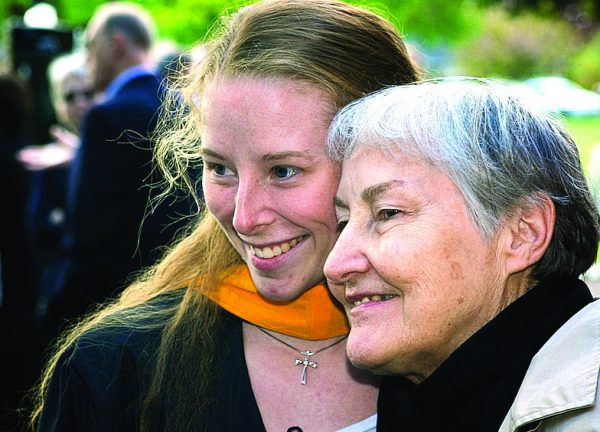 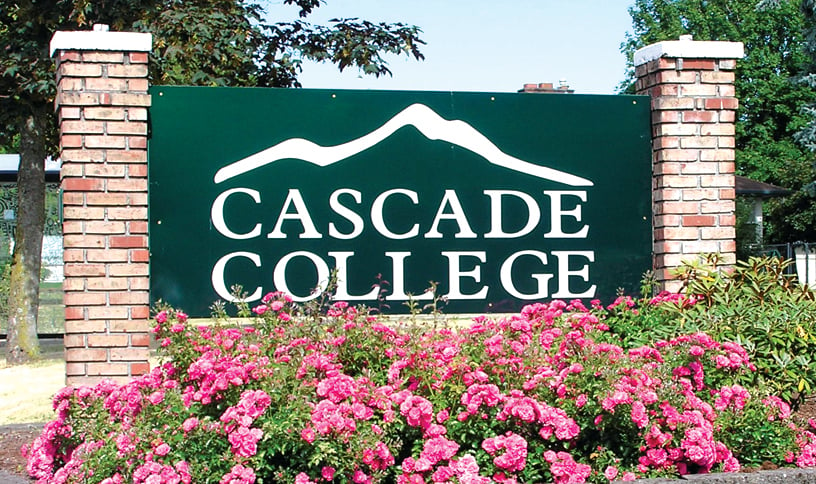 To Shannon Winegardner, Cascade College in Portland, Ore., is a…