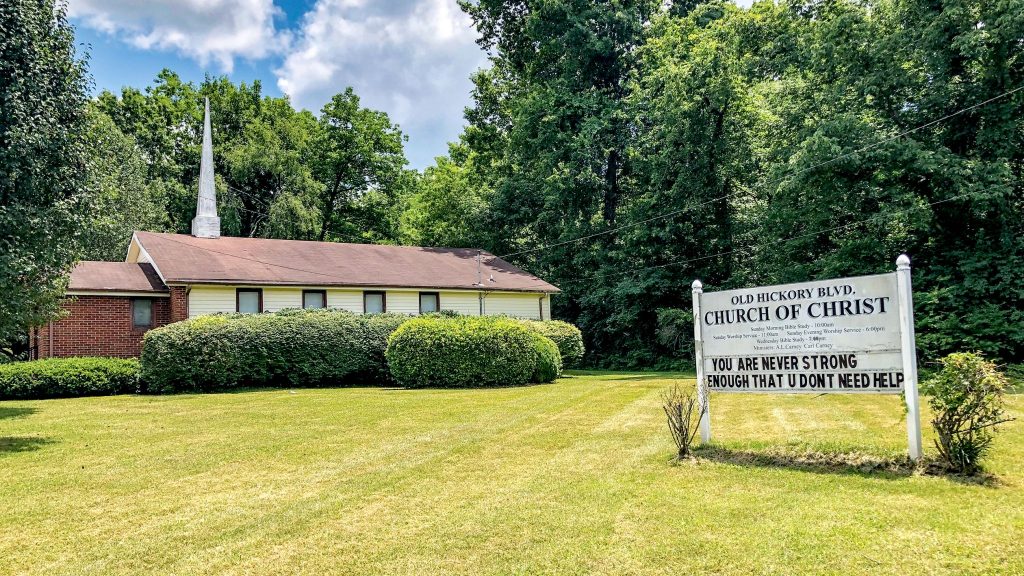 A former slave who bought his freedom set up a homestead on Nashville’s west side. More than 140 years later, his descendants continue to live and worship on the land that bears his name.

NASHVILLE, Tenn. — It’s easy to miss amid the upscale apartment complexes of Nashville’s Bellevue neighborhood — a small, unassuming church building in a clump of trees off Interstate 40, just up the street from a Hindu temple.

But the Old Hickory Boulevard Church of Christ is rich with history. Located at the intersection of Tolbert Road and Old Hickory — the nickname of former President Andrew Jackson ­— the house of worship stands on one of the oldest settlements continuously owned by an African American family in the state of Tennessee. 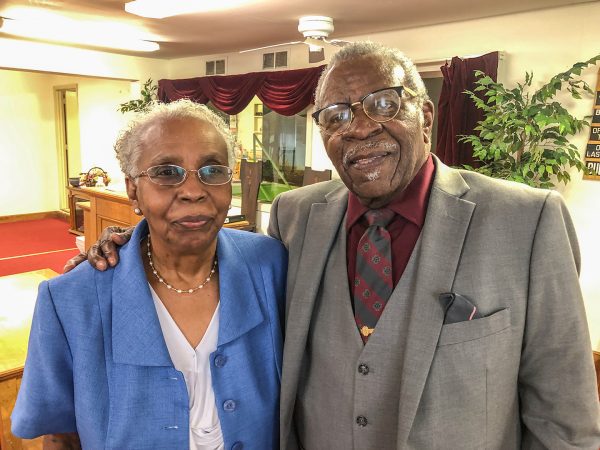 Among the 35 to 40 souls who gather each Sunday are descendants of a former slave. His name was George Hyde, but his owners changed his last name to Tolbert, said Andrew L. Carney Jr., one of the church’s ministers.

In the days before emancipation, Tolbert managed to purchase his own freedom. He cut, hauled and sold lumber with his sons. In 1879, just 14 years after the end of the Civil War, he purchased 97.5 acres of land in what is now Bellevue.

He paid $9 per acre, said Brandon Starks, a funeral director who married into the Tolbert family, in an interview with The Vue, a Bellevue community newspaper. By some estimates, that’s nearly $250 per acre in today’s currency. 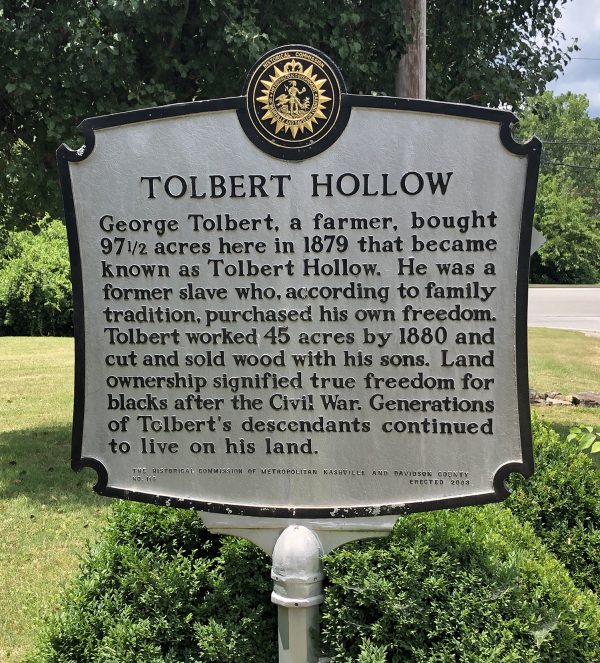 The historical marker for Tolbert Hollow.

Tolbert operated a farm on the property, which came to be known as Tolbert Hollow. He sold produce and livestock. He had several employees.

His descendants also had an abiding faith. Evangelists from Churches of Christ baptized members of the family. They worshiped in homes and at a nearby school until 1955, when they began construction of a church building on the property.

“I was really young at that time,” said Carney, who recently turned 82. “I vaguely remember Dad hauling the rocks from the quarry up on the hill with a team of horses.”

More than a dozen of Tolbert’s descendants still live and worship on the land he purchased 143 years ago. Carney’s father preached for the church. A few years after the building was completed, Carney left for Southwestern Christian College, a historically Black college in Texas associated with Churches of Christ, to train for ministry.

The Old Hickory Boulevard church meets in Tolbert Hollow, which received historical status from Nashville in 2003.

He graduated and preached for congregations in Indiana and Michigan. For 16 years he served as ministering evangelist for the Westside Church of Christ in Detroit. In 1993 he returned to Nashville to become co-minister for the Old Hickory Boulevard church with his brother, Carl D. Carney Sr. Recently his nephew, Jason Carney, joined the preaching staff.

“I am convinced that God is leaving us here for some purpose,” Andrew Carney told the congregation during a recent sermon. Yet he reminded them of the apostle Paul’s words in Acts 17:24, that the Lord of heaven and earth “dwelleth not in temples made with hands.”

“Have we made progress?” he asked the church, noting that progress isn’t measured in property or possessions. 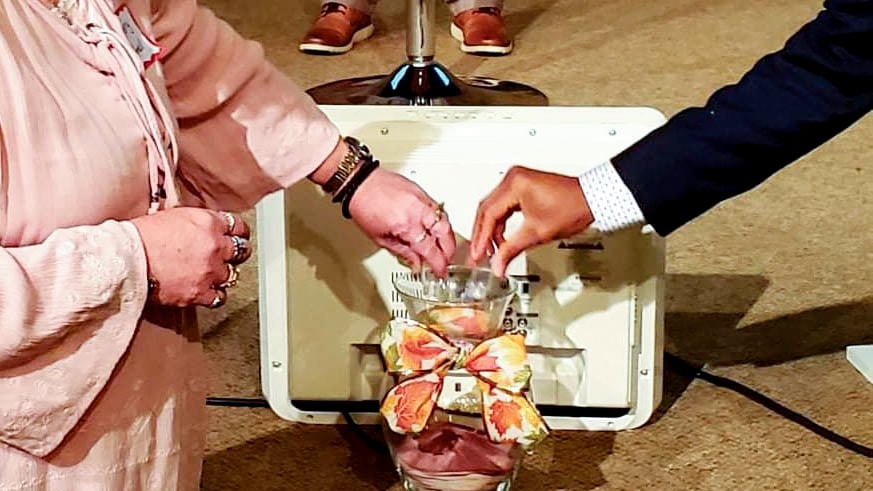 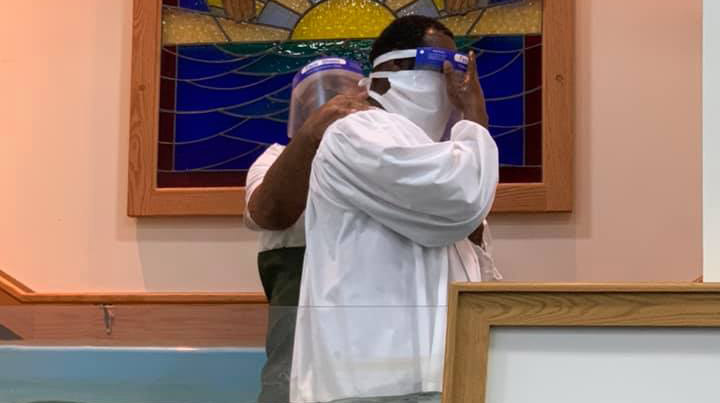 "The Fight is on in Texas” is more than a…