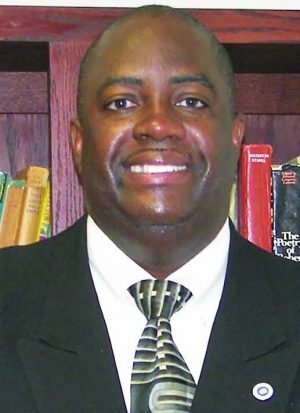 Robinson is an associate professor of history and religion at Texas College in Tyler, Texas, where he preaches for the North Tenneha Church of Christ.

A graduate of Southwestern Christian College in Terrell, Texas, he holds advanced degrees from Harding University School of Theology in Memphis, Tenn., and the University of Illinois. He earned a doctorate from Mississippi State University and previously taught at Abilene Christian University in Texas.

He has written several books on the history of African American Churches of Christ. According to “Churches of Christ in the United States,” published by 21st Century Christian, there are 1,172 predominantly black congregations with nearly 200,000 men, women and children in the pews. That represents about 14 percent of the 1.4 million total adherents in the U.S.

In an early chapter, you describe the 1850s as “a decade of divisiveness” and list social, political and judicial events that led to polarization within the Baptists, Methodists and Prebyterians over chattel enslavement. How was the Stone-Campbell Movement affected by those events?

The Stone-Campbell Movement was touched by those events, the publication of “Uncle Tom’s Cabin” and the Kansas-Nebraska Act among other things.

Because we consisted primarily of independent congregations, we did not split officially as other religious bodies had done, but there was definitely tension, sectional tension. For example, people in the North developed a deep aversion to slavery, while many in the South did all they could to preserve it.

You describe enslaved people first encountering the Stone-Campbell Movement by adopting the religion of their owners. After the war, how did they establish houses of worship, and what motivated them to remain in the movement of those who enslaved them?

And so after the Civil War — and it’s not just true of the Stone-Campbell Movement but a lot of other churches — blacks and whites simply went their separate ways. It’s called de facto segregation.

And so after the Civil War — and it’s not just true of the Stone-Campbell Movement but a lot of other churches — blacks and whites simply went their separate ways. It’s called de facto segregation. Segregation had not been legalized yet, but de facto meaning simply “according to custom.” Blacks and whites were drifting apart after freedom, and that was also an expression of their freedom.

As formerly enslaved people and their children navigated the post-Civil War period to establish Churches of Christ across the South, what were the most important factors in their success?

First of all, had it not been for the financial support of white Christians who cast their support behind S.W. Womack and especially later on Marshall Keeble, a lot of African American Churches of Christ perhaps could have been established, but they would not have been as successful as they became.

But it’s not good enough just to have monetary support. I believe it was the sheer determination, grit and even maybe courage that black preachers had to stand before black audiences, many times their family members, and tell them, “Hey, you are wrong. You’re going the wrong way. We’re going the right way,” and to do it with such passion and regard to sway them out of denominational churches, Baptist and Methodist among others.

You mentioned that sometimes Marshall Keeble and others would come to a town with fervent, exclusionary preaching, have a gospel meeting and then leave, making it difficult for church members to live with neighbors after they left. How did that help or hurt the growth of churches in those communities?

It did make life somewhat difficult for those church members who remained. Sometimes the church would continue to grow and flourish, but it created a distaste in the mouths of their black neighbors and friends and family members, and that would cause the church to acquire a bad name and even hamper its influence as black neighbors would say, “Hey, these are the people who believe they are the only ones going to heaven.”

Keeble is well known among white Church of Christ members who may know little else about the history of the African American Churches of Christ. His collaboration with David Lipscomb and his deference to the white churches may be one reason for this — in addition to his gift as an orator. Is he held in the same esteem today in black churches, or has that deference marred his legacy?

Perhaps a little bit of both. He is still highly regarded. The congregation I preach for right now was established by Marshall Keeble in 1935. That’s an amazing story, and there are other congregations across the brotherhood who definitely hold brother Keeble in high regard.

However, there are a number who I think mistakenly view him as an “Uncle Tom.” I believe that’s unfair.

David Lipscomb is one of my heroes in that he went against the grain of society to champion the cause of racial and social justice. I’m not really sure how much his influence contributed to that when you consider, for example, that the school that bears his name at the time after slavery and during Jim Crow excluded African Americans.

R.N. Hogan in the 1950s argued that David Lipscomb was right on the race question, and Hogan used that to kind of chide white administrators in Churches of Christ who excluded blacks by pointing to David Lipscomb.

You devote a major section of the book to men you call the warhorses. Of the many whose stories you tell, who was the most inspiring or surprising person that you learned about in your research? 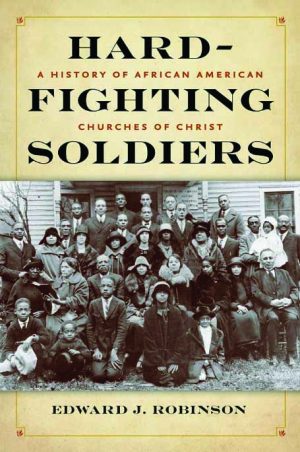 F.F. Carson. Here’s a descendant of enslaved Africans. He is a native Texan. After attending Jarvis Christian College in Hopkins, Texas, which is the Disciples of Christ college, he’ll go on to serve churches in Texas, Kansas and California.

And in Northern California, he landed at this dilapidated congregation that was worshiping in a terrible building. I think he and his wife lived in the basement, and it was rat infested. There were so many rats that his wife became sick as a result of the droppings and had to spend several months in a sanitarium.

So here’s this guy who went into this context, and by grit and by God’s grace, he transformed it into a vibrant, thriving congregation. In fact, it became so strong — numerically, spiritually, financially — that the congregation started supporting white missionaries at a time when black Churches of Christ still relied on white congregations’ monetary support. That was very inspiring.

Your chapter “Nonviolent Gadflies” tells the stories of Patricia Jenkins and others who were members of the African American Churches of Christ but deeply involved in the Civil Rights Movement of the 1950s and 1960s. Their involvement put them in relationship with Martin Luther King Jr. and other leaders who were typically Baptist or African Methodist Episcopal. Did they remain strict adherents to the “hard Gospel” of Keeble and others?

As best as I know, they maintained their doctrinal rigidity. Definitely sister Patricia Jenkins, now Armstrong, is a faithful member of the Schrader Lane Church of Christ in Nashville, Tenn., which definitely will fall under the category of being “rigid.”

A good commentary would be Fred Gray. I remember when he was on a program at Pepperdine University, and even though he worked with Dr. King and was his attorney and Rosa Parks’ attorney, Gray said to that audience, “I still believe that there is one church.”

That’s another way of saying there’s one true church — you know, the pure Gospel. That to me is a telling statement not just for him, but it in some way speaks for those who are mentioned in that chapter on “Nonviolent Gadflies” in that they remained in rigid adherence to the doctrine of Churches of Christ.

Many African Americans are going to maintain their rigid theological adherence to “pure Gospel,” but they admired Dr. King even though they may not have agreed with his theological position.

During the 1960s, divisions arose between congregations that were closely tied to Keeble vs. those with closer ties to the Civil Rights Movement. Have those divisions persisted? Are some African American churches intentionally involved in the socio-political arena while others are not?

Yes, and the epilogue mentions a number of younger preachers leading African American Churches of Christ today who are very open to being out there on the front lines contesting racial injustice. But where you have congregations that are perhaps led by older preachers and that have older memberships, they care about those things, but they’re not as vocal and not as visible as congregations that may be led by younger, more progressive preachers who believe that is part of the Christian walk.

In the epilogue, you discuss episodes of violence against African Americans over the past decade and tell of several African American preachers who spoke out against racism while seeking roles of comfort and consolation. Yet you also describe an “ultraconservative” group of black churches that has begun organizing in opposition to these and other practices. What is the future of African American Churches of Christ?

I would like to say that we have a bright future, but I’m honest enough — and I believe that others are honest enough — to say that we face serious challenges ahead. Consider not just the issue of racism but also what’s happening in our communities, including black-on-black violence and the increasing number of unwed mothers and unwed fathers.

Those things are definitely major challenges. However, I believe that the Lord is calling us to address the whole man and not just his spiritual needs — but his physical and material needs and social needs as well.

So I’m very hopeful that we understand our struggles, that we’re standing on the shoulders of giants and that we have so much to be thankful for even though we are an imperfect fellowship, scarred by slavery and racism. You know, God has done amazing things, and that’s what I hope people can take away.

The story of F. F. Carson, again, when he was asked, “How were you able to accomplish what you accomplished?” and he said it was a matter of faith. So I believe our future is bright if we will exhibit that faith, but we also know that faith without works is dead. 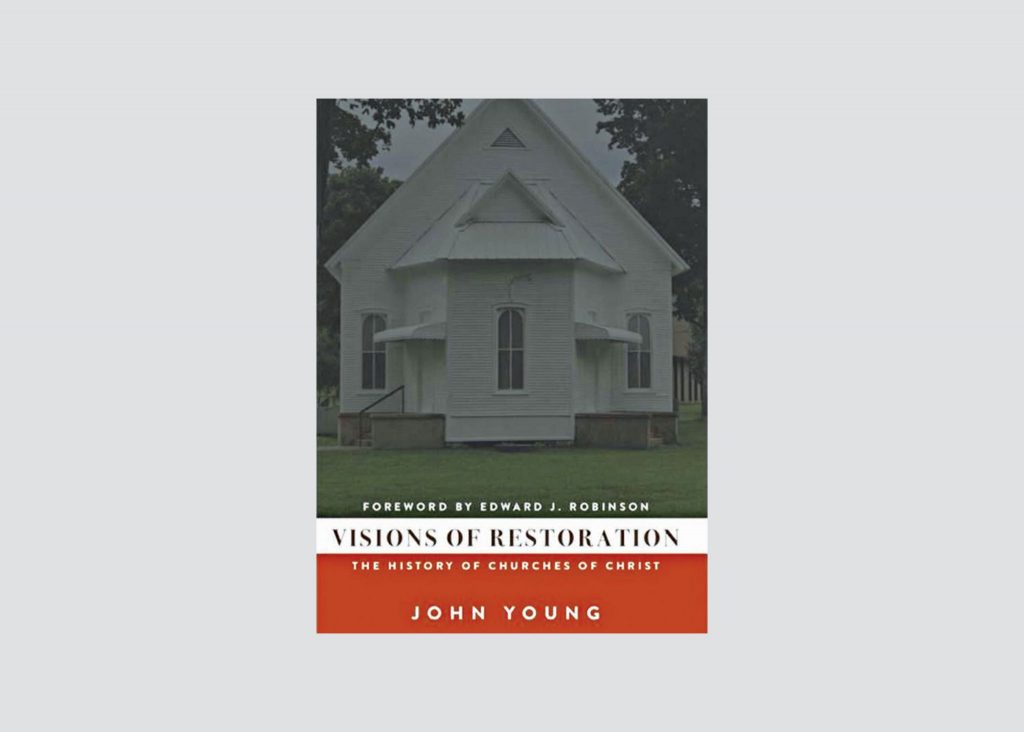 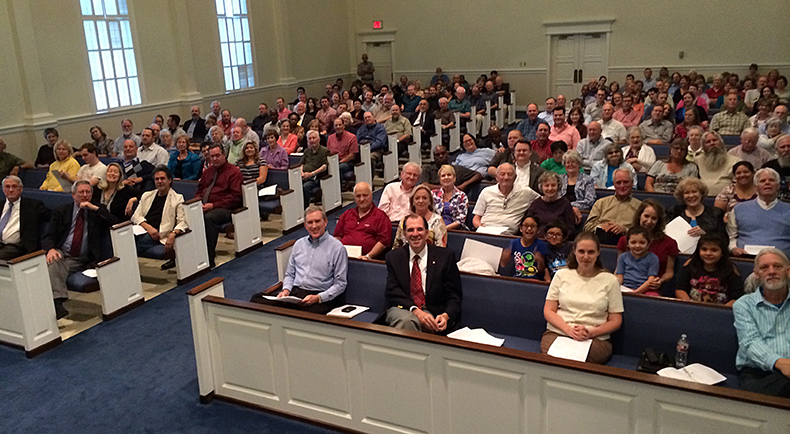