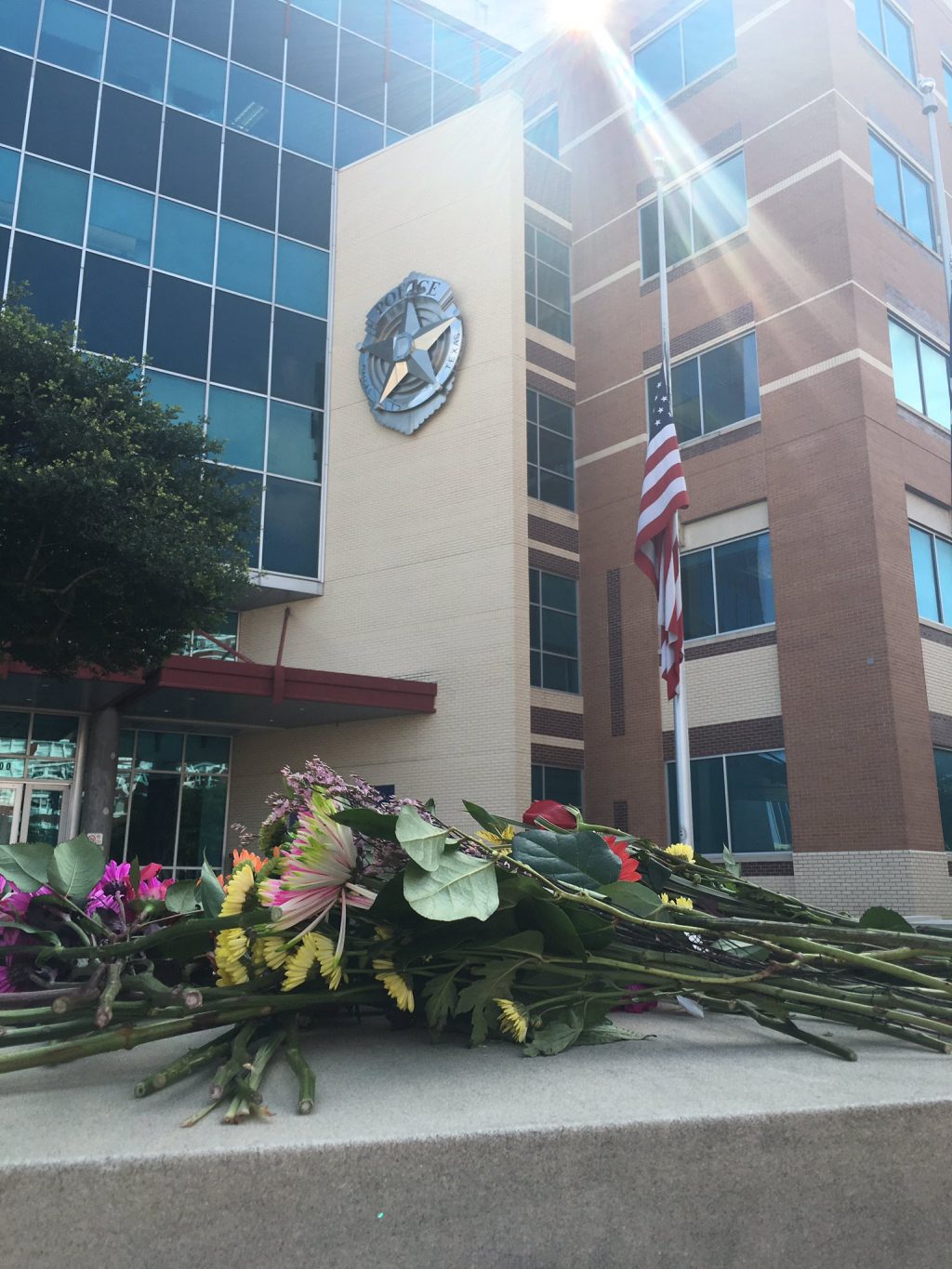 Five Dallas Police officers were killed Thursday night as a protest wrapped up. Churches in the area are now checking on their members and planning how to respond.

Chellie Ison
After the shooting deaths of five police officers in Dallas, minister Lamont Ross calls Christians to respond in a way that honors God.

“I suggest that we move from being enraged to being engaged,” said Ross, minister for the Marsalis Avenue Church of Christ in Dallas. The 350-member congregation meets about 11 miles from the scene of the attack.

“We have to make sure our response is not just one of anger,” Ross told The Christian Chronicle. “We have to turn anger into action. That anger has to be turned into positive action so in our anger we don’t sin.”

The attack, described by multiple news outlets as an ambush, happened near the conclusion of an otherwise peaceful protest in response to back-to-back police shootings this week of black men in other parts of the country — Louisiana and Minnesota.

One suspect is dead following a standoff, Dallas Police said. He is 25-year-old Micah Johnson of Mesquite, Texas, The Dallas Morning News reports. Police said the man died after a police device detonated near him.

Members of the Dallas West Church of Christ, just five miles from the crime scene, also are trying to grasp what happened in their hometown.

At least one of the church’s members was at the protest, senior minister Sammie Berry told the Chronicle. While that man made it home safely, his car is stuck within the crime scene.

Berry said the community is coming together in many ways, planning a special prayer time this weekend and inviting officers at a nearby sub-station to join them.

Ross said right now prayer is vital to the healing this nation needs to experience.

“Pray,” Ross said. “Not just a cliché, but a cry to God for his wisdom, intervention and guidance.” 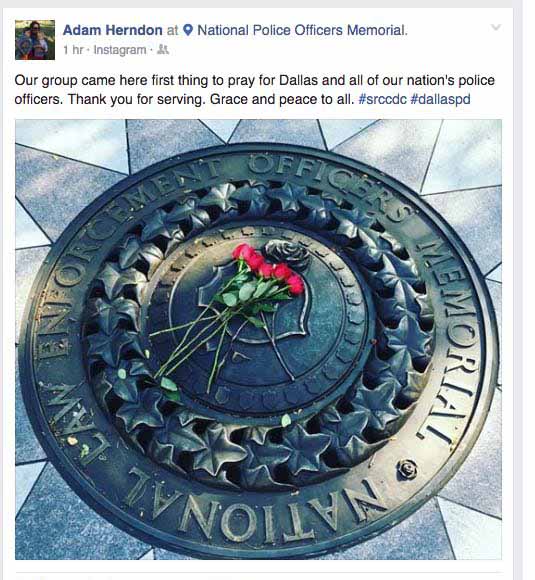 Adam Herndon, youth minister for the Saturn Road Church of Christ in Garland, Texas, was in Washington when he learned of the police massacre in Dallas. Here is a photo he posted to social media at the National Police Officers Memorial. (PHOTO VIA FACEBOOK)