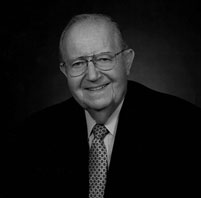 Submitted
William B. Harper Sr., 88, of Hopewell, Va., died Jan. 6, 2016. He was born Oct. 6, 1927, to Samuel Furney Harper and Vera Mae Hart Harper. He is survived by his son, W. Blaney Harper, Jr.; his daughters Lynn Casey, Joni Meadows, and Tara McQuage; nine grandchildren and ten great-grandchildren. He was preceded in death by his wife of 49 years, Juanita Balderson Harper.

For more than 50 years, Harper had an effective ministry at the Cawson Street Church of Christ in Hopewell, Va. He served first as a deacon for 15 years, then in the pulpit for 35 years. He also served as an elder for 36 years. He was unusual in that he not only spent his entire ministry with one congregation, he was never even a member of another congregation!

Billy Harper poured his heart and soul into the Cawson Street church, but his influence was felt far beyond it because he mentored many young preachers who served as his associates. Through his patient instruction and example, he taught them the importance of loving people and meeting with the lost in their homes, teaching and baptizing dozens of individuals through home Bible studies.