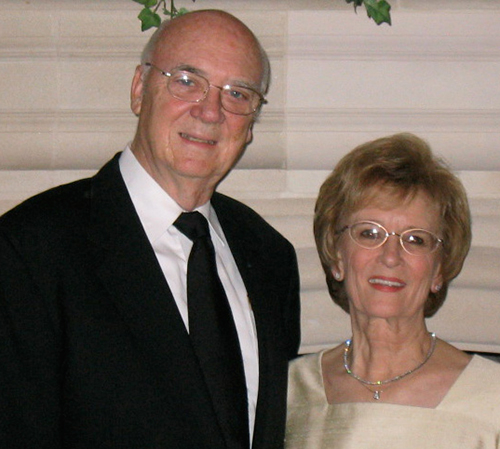 Submitted
Wayne Nance, through his long, faithful dedication and service, earned the “Grandfather” seat at the table of the Eastern European Mission Board of Trustees.

He was the very epitome of a Christian gentleman. Kind, courteous, thoughtful, wise, considerate and dependable are attributes of Wayne that immediately spring to mind. He brought stability and sharp focus to our board meetings, decisions and actions. His passion for the ministry of Eastern European Mission was evident to all.

Wayne was a member of the Bammel Road Church of Christ in Houston from the mid 1970s until 1992 when he retired from Tenneco and moved to Tyler, Texas. During his time in Houston, Wayne served as an elder of the church from June 1986 to July 1988.

He was also on the mission committee and EEM Advisory Board from 1978 until 2004 when oversight of the ministry was transferred from Bammel Road to the elders of the Prestoncrest Church of Christ in Dallas. At that time, he became one of the original trustees on the EEM board.

Wayne’s wife, Jane, was a strong advocate of EEM, serving as one of the founding members of Women for EEM. She was as an active member until moving to the Tyler area.

Wayne was consistently the voice of reason as a Bammel Road elder, leader, and EEM director, providing insight and practical advice. He faithfully came prepared to meetings and was a good listener with a gift for analyzing and offering a concise summary of an issue as well as a recommendation for a course of action.

His wisdom, sage advice, and compassion for Eastern Europe will be missed but not forgotten. His gentle spirit and love for missions will always be held in high respect by both church leaders and EEM board members. He and Jane have blessed EEM and each of us.

Thank you, dear Lord, for the rare gift you sent us in Wayne Nance. We shall miss him.