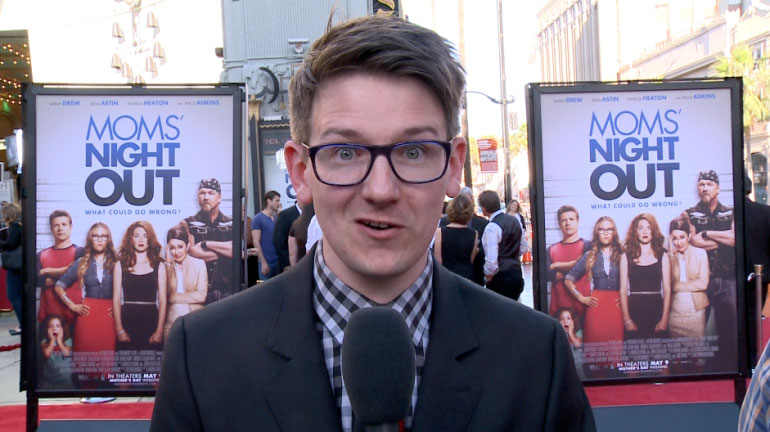 So it’s Mother’s Day and you … forgot.

Rejoice! All hope is not lost. Tell the mother in your life it was your plan all along to take her to a screening of “Moms’ Night Out.”

The faith-friendly film comes from brothers Andy and Jon Erwin, who directed “October Baby” in 2011. (See Kimberly Mauck’s review of “October Baby,” which tackles the subject of abortion.)

From “The Passion of the Christ” to “Fireproof” to “Courageous,” the genre has historically leaned heavily on biblical epics and inspiration to stir the faithful, or evangelical fare designed convert the masses.

But “Moms’ Night Out” is entirely different, a PG-rated comedy about the hijinks of middle-class Christian families, ordinary folks living ordinary lives.

See the full blog post, titled “Can Christians make funny movies?”
So far, the critics say no. The film has an abysmal 17 percent critic approval rating  on RottenTomatoes.com, but registers an impressive 84 percent approval rating with viewers on the same site.
Lucas Ross , a member of the Memorial Road Church of Christ in Oklahoma City, traveled to Hollywood recently to interview the film’s stars. Ross (no relation to our own Bobby Ross Jr. ) works for Oklahoma TV stations  KFOR  and Freedom 43 . (We’re not 100 percent sure what he does, but he is on TV in Oklahoma — a lot.) His father, Jim Ross, is minister for the Minco Church of Christ in Oklahoma (and a beekeeper, but that’s another story).
See the full story.

Have you seen “Moms’ Night Out?” Please share your review.