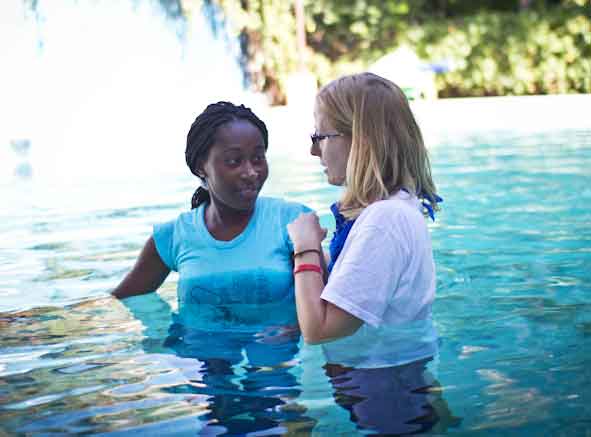 “Think of Phoebe Keeran as a modern-day Mother Teresa.”
That’s how James Green, a British-born reporter, described the 32-year-old church member in this feature report for a Canadian cable station. (The first time I watched this, I thought it was a car commercial and quickly clicked away from it. It’s not.)

The video focuses on Phoebe’s mission to Haiti and her work with Homelesspartners, a church-supported ministry founded by her parents, Daniel and Jennie Keeran. (See a previous post and video about that ministry.) The Keerans attend the Shelbourne Street Church of Christ in Victoria, British Columbia.

In the report, Green describes Phoebe as “a very spiritual woman, deeply in touch with her Christianity.”
Phoebe saw news of the Jan. 12, 2010 disaster in Haiti while she was in Kona, Hawaii. Down the street from her was the headquarters of Youth with a Mission, an international, interdenominational volunteer organization. Phoebe traveled to Haiti twice with the organization. Her most recent trip lasted nearly three months. She plans tor return to Haiti later this year.
Phoebe maintains a blog of her mission work, including an account of the recent political protests in Haiti. The title of the post: “Dear Haiti: I’m sorry it took a tragedy for me to notice you.”

The ruins of the presidential palace in Port-au-Prince, Haiti. (Photo by Phoebe Keeran)