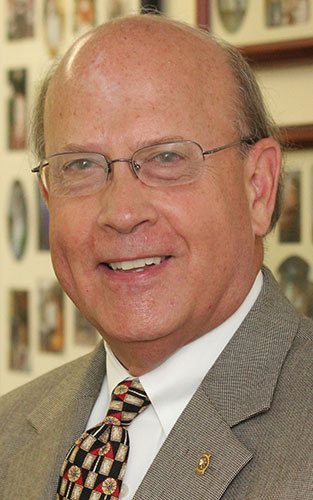 Submitted
Longtime Christian children’s services advocate Tom Burton passed away in February at the age of 70.

A 1968 graduate of Lipscomb University and Vietnam War veteran, Tom began his career working with mentally disabled adults as director of The House of Friendship in Nashville, Tenn. In 1974, based on the recommendation of Agape’s founding executive director, Tom began work as a social worker at the Children’s Home of Lubbock. During his time in Texas, Tom realized his true passion was for the love and care of children.

Impressed with his leadership and organizational skills, Agape’s board of directors invited Tom to return to Nashville and serve as executive director in 1982.

From a donated space on Westwood Drive in Nashville, he began his work at Agape. In June, 1982, there were 14 children in foster care, three maternity clients and a new counseling program that already served 72 families during the first six months of that year. Under Tom’s direction, Agape outgrew its offices, resulting in two subsequent moves to larger facilities.

In 1992, with Tom’s vision and leadership, more than $2 million was raised to build the then state-of-the-art Justiss-Kirby Center where the agency’s home offices are now located. Tom was very proud that Agape did not have to borrow any money to build the new facility, and it remains debt-free to this date.

Tom was a member of Harpeth Hills Church of Christ in Brentwood, Tenn., where he served as a deacon and an elder. He also was a member of numerous local, regional and national child and family services organizations, including the Tennessee Association for Childcare, the Christian Child and Family Services Association, the Christian Adoption Resource Exchange, the National Association of Social Workers and the Child Welfare League of America.

In 2010, Tom received Lipscomb University’s annual Mary Morris Award recognizing those who demonstrate a high level of service to community and church and who expand, embrace and share Christian principles in unconventional ways.

Tom retired at the end of 2012 after serving more than 30 years as executive director for Agape. His wife Chris, who served by his side for almost his entire career, retired in 2013. Chris passed away in the summer of 2015.

To make a gift in memory of Tom, please visit www.agapenashville.org.