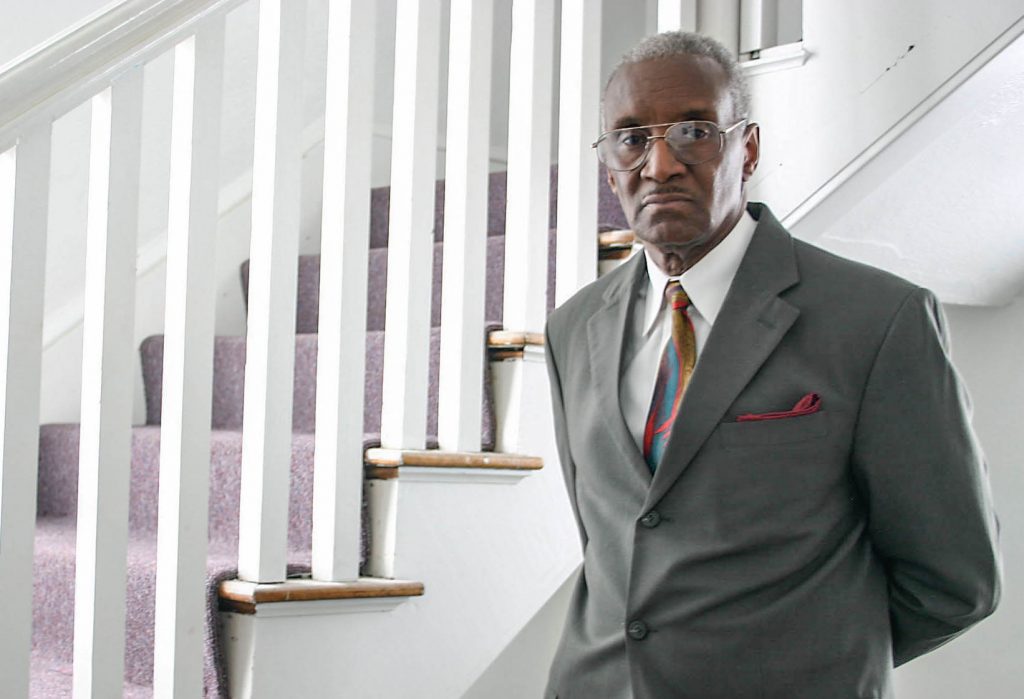 Preaching for a segregated church

Decades ago, when Wesley Brown visited Atlanta's West End Church of Christ, he was forced to use the 'colored' entrance and sit in the balcony. Now he's retiring — after 33 years as the church's minister.

ATLANTA — Well-worn songbooks and reams of paper fill the old balcony of the West End Church of Christ. Years ago, the congregation converted its auditorium to classrooms and built a large sanctuary next door.

Wesley Brown points to a small hole in the wall of the balcony, now a storage room. Peeking through, it’s easy to see the A-frame beams rising above the ceiling insulation — to imagine sitting in the old church balcony at a gospel meeting in the 1950s and 60s. 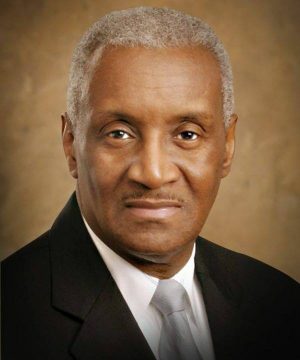 Brown attended a few of those meetings at the West End church. At the time, the balcony was the only place he could sit.

Black members who worshipped with the all-white congregation had to use the church’s “colored” entrance and a separate staircase to reach the balcony.

This month Brown retires after nearly 33 years as pulpit minister for the West End church — a congregation that once refused to let him walk through its front door.

Brown — tall, slender and spry at age 71 — doesn’t talk much about the past. He’d much rather spend Sunday afternoons catching up with members and asking about their relatives in the hospital.

When asked about life in the segregated South — and a divided church — he gives a matter-of-fact answer.

“Some accepted, some didn’t,” Brown says. “Some people grumbled about it. Some of us just went along and prayed that God would knock down that barrier.

The message this particular Sunday morning at the West End church is a simple one — God made everything on earth, and none of it was built to last.

“We must not look back as if there’s anything in this world for us,” Brown tells the church. He cites scriptures from Psalms to Revelation and urges his listeners to focus on the message.

“Our responsibility is to stick with this,” he says, holding up his Bible.

The church still practices old-fashioned “canvassing,” sending teams of members to knock on doors and invite people to worship. Canvassing isn’t as effective as it was in the days of tent meetings and week-long gospel campaigns, Brown said, but it’s still a faith-building exercise for church members.

The West End community was almost entirely white when the congregation first met there in 1929. But its leaders wanted to spread the gospel to Atlanta’s growing black population.

They launched a citywide evangelistic campaign, culminating in a four-week gospel meeting with Marshal Keeble, the famous evangelist who baptized an estimated 40,000 before his death in 1968. 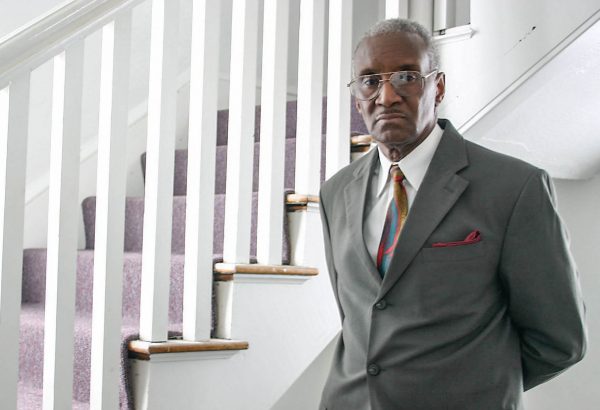 Wesley Brown stands next to the old “colored” stairs at the West End Church of Christ in Atlanta.

The result of the Atlanta campaign was 160 baptisms and a new, all-black congregation, the Simpson Street Church of Christ.

Brown, who grew up in Baltimore, first encountered Churches of Christ through the Herald of Truth, a weekly spiritual radio program funded by congregations including West End.

“I used to listen to James Nichols and E.R. Harper, and those sermons converted me,” Brown said. He was baptized in 1953. Later he and his wife, Barbara, attended Southwestern Christian College in Terrell, Texas.

In 1959 Wesley Brown took the pulpit of the Turner Road Church of Christ, planted by Simpson Street in the Atlanta suburb of Thomasville.

By the early 1970s, desegregation and “white flight” had changed the landscape of Atlanta, and the West End neighborhood was predominantly black. J.V. Copeland, the West End church’s minister, realized that his dwindling congregation’s survival would depend on a change in its demographics. The church’s elders began recruiting black members.

Dorothy Griffin transferred her membership from Turner Road to West End in 1973. The congregation greeted her warmly, she said, “but West End leaders made it plain, they would not be satisfied until they persuaded brother Wesley to relocate.”

Brown, who had just dedicated a new sanctuary at the growing Turner Road church, was hesitant. But West End’s leaders persuaded the minister to join the church’s staff.

Copeland worked with Brown during the transition period, which ended in March 1974 when Copeland stepped down from the pulpit.

After a recent Sunday sermon, Brown pointed to a photo of Copeland in the church lobby.

“That’s my mentor, my spiritual mentor,” he said.

A SERVANT HEART, A GROWING CHURCH

Brown is the longest-serving minister in the West End church’s 107-year history, and spends much of his spare time preaching at gospel meetings throughout the Southeast. He still makes time for the church’s members — especially those in the hospital, elder Robert Wilson said.

“If you’re scheduled to have surgery, either he’ll see you before you go in or he’ll be sitting there when you wake up,” Wilson said. 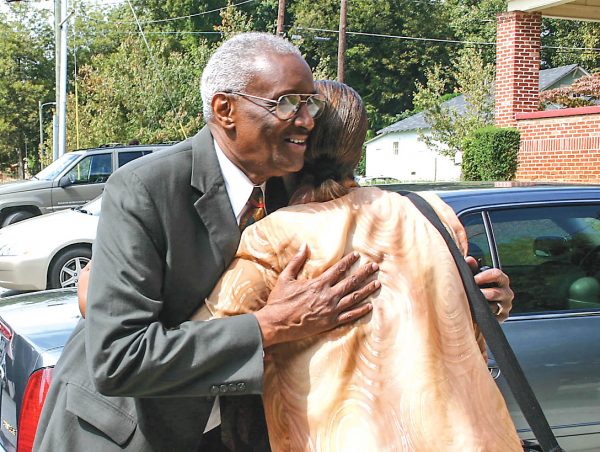 Wesley Brown greets a fellow member of the West End Church of Christ after Sunday worship.

“You’re talking about a guy who is among the people,” Heyward said.

In 1994 the church marked Brown’s 20th anniversary by moving into its $1.2 million auditorium with seating for 770 people. 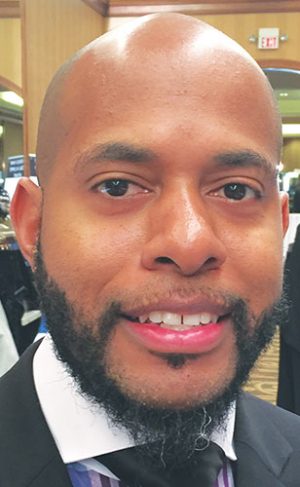 But members are hesitant to relocate, partly because “we love the history of the area,” Heyward said.

Though no longer divided by stairs and balconies, Atlanta’s black and white church members, for the most part, spend their Sundays in separate buildings.

“I think things have improved,” Heyward said, but church members on both sides of the racial divide still have a long way to go.

“We have to realize that, a long time ago, Paul said, ‘There is neither Jew nor Greek, slave nor free, male nor female, for you are all one in Christ Jesus,’” Heyward said. “As long as we keep focusing on the text, we’ll see things continue to improve.”