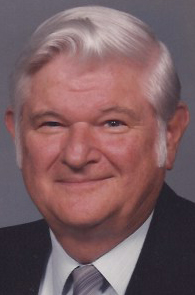 He was raised on a farm in southern Indiana and graduated from Linton High School in 1948. He joined the Navy in 1951, serving in Corpus Christi, Texas, and Newfoundland.
Ted was converted during this time through the outreach of a Church of Christ in Corpus Christi. He met his wife, Martha, at that same church.
Ted’s career included ministering in churches in Texas, Indiana, Michigan, Missouri, Hawaii and Arizona.
In 1965, the Ogles joined the Van Tate family as pioneer Church of Christ missionaries in Kenya in East Africa. Ted invested 25 years of his life teaching and preaching, establishing churches and mentoring leaders in Kenya.
In 2009, Ted and Martha retired to Tucson, Ariz., where they had lived and ministered prior to going back to Kenya in 1989.
Ted was a man who loved God and loved people. He loved meeting people and trying to find some connection with them, and he had many “small world” stories of these encounters.
He had a steadfast faith in God and loved to sing His praises. He loved the Word of God and was a great teacher. His influence was world-wide and will only be truly known in heaven.
Ted went home to be with his Lord and Savior on Feb. 19, 2015.
He is survived by his wife of almost 60 years, Martha; his four children: Paul Ogle; Laura (Tom) Dailey; Carrie Young; and John (Julie) Ogle; eight grandchildren, and five great-grandchildren; siblings Mike (Maxine) and Jo Ellen of Indiana and many cousins, nieces and nephews. A memorial service will be held in Tucson on April 13th. Memorial gifts may be sent to the World English Institute.