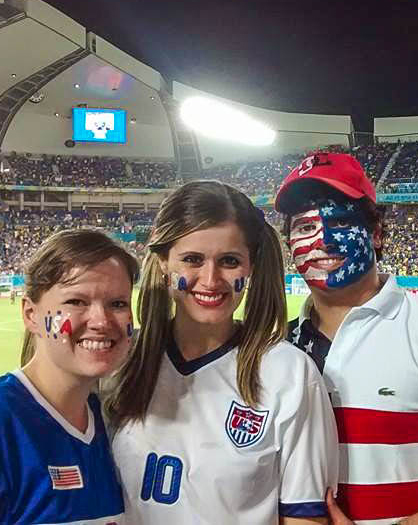 Their World Cup overflows: Former missionaries are fans for life

For some Christians, a Bible and a soccer ball are mission necessities. 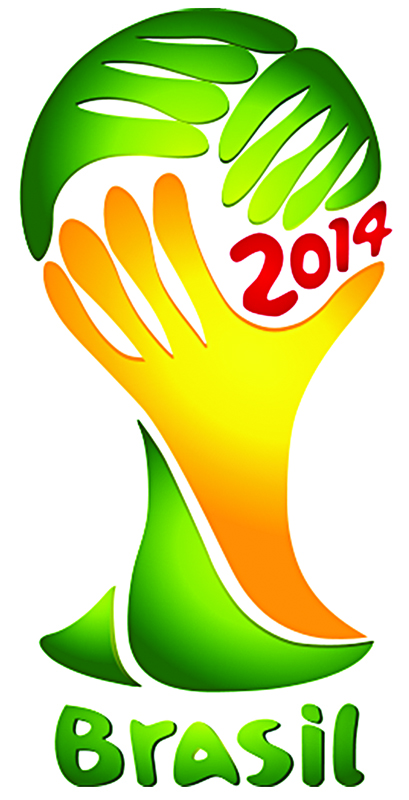 RELATED STORY: Soccer and souls: Around the world Christians show Jesus through sport Visit the Houston home of David and Barbara Duncan during the World Cup and you’ll find it decorated in green and yellow, the colors of the flag of Brazil, where they once served as missionaries.

On days that Brazil — which is hosting this year’s World Cup — is playing, the Duncans serve Brazilian food and soft drinks and watch the game with rapt anticipation, just like their friends and Christian family in South America.

“We spent years praying for Brazil before we went,” explained Duncan, now preaching minister for the Memorial Church of Christ in Houston. “Then what we wanted for seven years there was what was good for Brazil. We still want what’s good for them.

“Outside of Christ and money in their pocket, they would say the next best thing would be Brazil winning the World Cup. That might be more important than money to them. Because we love them, we love what they love. So we get very passionate about it.”

‘MY HEART IS AT LEAST HALF-ITALIAN’

The Duncans aren’t alone in their passion for soccer among those who have been on the mission field.

Whether they served in Italy or Ivory Coast, Ghana or Japan, or Brazil or Argentina — to name just six of the 32 nations participating in the 2014 World Cup — missionaries often have a special enthusiasm watching the teams from the nations in which they worked play in the world’s most-watched sporting event. 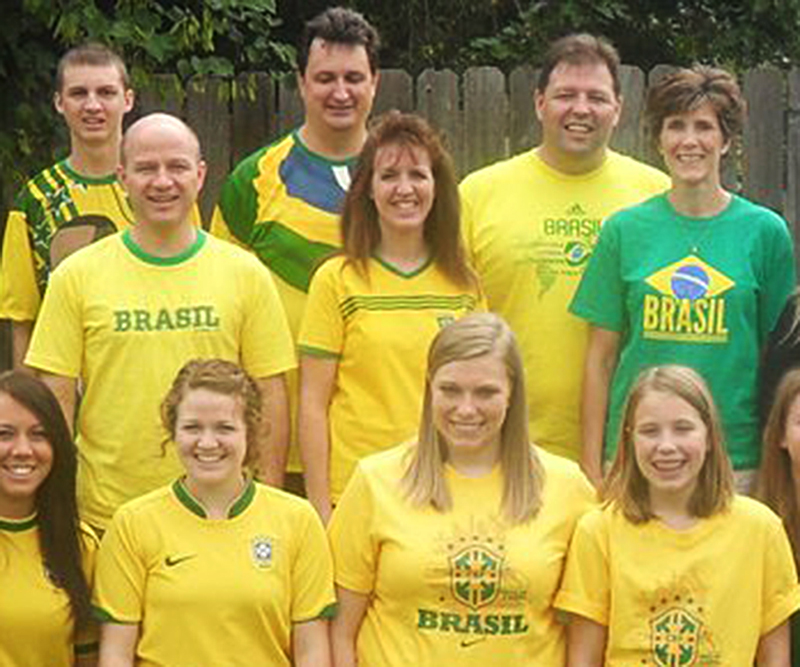 The Duncans, top right, and some of their fellow former missionaries root for Brazil. (PHOTO PROVIDED BY DAVID DUNCAN)

“I admittedly will root for Italy, even against the U.S.,” said Brian Nicklaus, who served two stints on the mission field in that European nation and now attends the Hermitage Church of Christ in Nashville, Tenn. “I hope the U.S. does well, but I don’t get my hopes up. Even though I am an American of German/Anglo descent, my heart is at least half-Italian.” 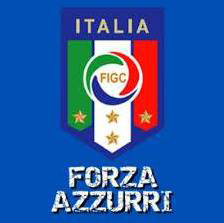 Brian Nicklaus’ Facebook profile picture during the World Cup.Allen Thompson, a native of Ethiopia who attended Oklahoma Christian University before doing mission work in Japan, said developing such a connection with an adopted nation’s team is normal.

“Before I lived in Japan, I never really cared about the Japanese team,” said Thompson, who now lives in Tipton, Okla., and worships with the Tipton Church of Christ.

“Now I can’t help it,” he said. “It’s my second or third home. I know the culture and I know a lot about it, and I know the language. It’s an automatic interest for me. No matter what, I am always now cheering for Japan, unless there’s only one African team left. That’s when I have a hard time.”

SOCCER AS A MINISTRY

One thing missionaries from the U.S. often learn on the mission field is how to incorporate soccer in their ministries. Some host get-togethers based around soccer games, much as many churches in the U.S. do for the NFL’s Super Bowl.

Sometimes, just producing a soccer ball can attract people, providing an opportunity for ministry, said Matt Miller, who, with his wife, Andrea, has served in African nations including Togo, Ghana and Rwanda. The Homewood Church of Christ in Birmingham, Ala., sponsors their work.

“If I had two things to take with me on a mission field, it’s a Bible and a soccer ball,” Miller said.

Miller watched Togo’s games in the 2006 World Cup in tents, set up with small televisions powered by generators, with hundreds of people gathered around the sets.

It’s a similar scene in other parts of the world.

Michelle Goff, who once worked as a missionary in Venezuela and now travels throughout Latin America through her service with Brighton, Colo.-based Iron Rose Sister Ministries, remembered watching Venezuela’s matches on the big screen in movie theaters.

“You could even bring in your flags and horns to cheer on your team in true stadium fashion,” Goff said. 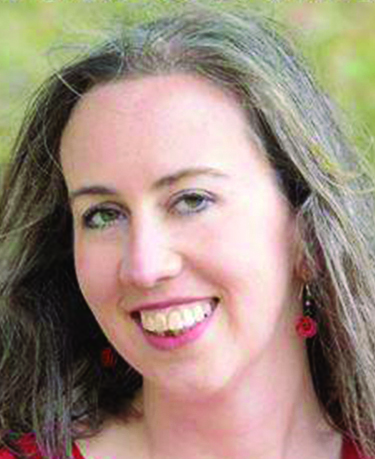 Michelle Goff In Ivory Coast, said Barry Baggott, who spent 16 years in the French-speaking African nation, “my family never owned a television, but my boys would join many others across the street where our friend, a Nigerian barber, would set his TV up outside so that people could gather around to watch important games with him.” The Crieve Hall Church of Christ in Nashville, where the Baggott family now worships, sponsored the work.

Such gatherings often lead to meetings and conversations that result in Christian conversions, said Barbara Kee, who with her husband Windle served 25 years on the mission field in Cameroon.

In 2000, when Cameroon won the Olympic gold medal in men’s soccer, the Kees — who now attend the Faith Village Church of Christ in Wichita Falls, Texas — were working to teach the Bible to a group of doctors, while the doctors taught the Kees how to speak French.

“We all watched those games together,” Barbara Kee said. “One of those doctors was converted and he’s still faithful. Soccer definitely played into his conversion.”

Nicklaus and other missionaries have similar stories about how soccer helped provide a common meeting ground, allowing them to teach others about Jesus.

“I don’t know if it’s cliché to call it a religion,” Nicklaus said, “but it’s an overwhelming cultural phenomenon. It’s a way to connect — and that’s what we’re trying to do.”

• Soccer and souls: Around the world Christians show Jesus through sport