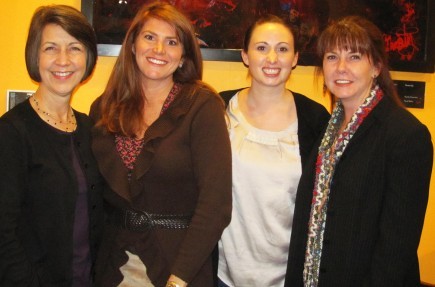 The seedy side of the Super Bowl

Amanda Jordan
DALLAS — Super Bowl XLV at the Cowboys’ $1.3 billion Arlington stadium will attract more than sports fans. Along with football fanatics, the game will draw a large number of prostitutes and pimps to the area, a sex trade expert warns.
Katie Pedigo, executive director of New Friends New Life, estimates that 15,000 women and children will be brought to the Metroplex and sexually trafficked. Houses will be rented and transformed into brothels.
Teenage girls will be exploited.
New Friends New Life, an organization that helps women leave the sex industry, is ready for the challenge, Pedigo said.
“We can’t let it squish anything in us, and we can’t be dissuaded from doing anything we can just because it’s huge,” said Lauri Lanier, a protege advocate with New Friends New Life.
The organization began 13 years ago when a woman in the sex industry came to the Preston Road Church of Christ in Dallas, deciding she wanted to leave the industry.
She became involved with a women’s Bible study. Members helped her find a job and gave her a new life, new friends and a new hope.
“These women realized that this was exactly what Jesus did when he was at the well and with the woman to be stoned,” said Pedigo, a Preston Road member. “And over and over again, these were the women he chose to serve.”

$32-BILLION-A-YEAR INDUSTRY
Sex trafficking is a $32-billion-a-year industry, according to the United Nations. New Friends New Life’s goal is to bring back to life those treated as property rather than human beings.
A graduate named Shanna said her children are “much happier now with this new mommy rather than the old mommy,” according to New Friends New Life’s website.
The Preston Road church provides the use of its building to the organization. The Highland Oaks, Prestoncrest, Richardson East and Skillman congregations also partner with the organization.
Some women in the program worship with members of Churches of Christ. Participants’ children are immersed into Preston Road’s youth group.
Around 300 women and children completed the program last year.
Women check out the group after seeing stickers advertising the program in strip-club dressing rooms or hearing word-of-mouth promotion from women involved with New Friends New Life.
Some of the women and their families are fully financially supported for at least two years to get the counseling, education and job training they need.
This enables them to “lift up their heads a little bit and start looking toward the future of what might be possible,” Lanier said.
“A lot of them for a while will go, ‘What’s the catch? When’s the other shoe going to drop?’” Lanier said. “They can’t believe that there are actually people who would care about them as a person with no strings attached or judgment or condemnation or expectation.”
Without the financial commitment to meet basic needs, women will go back to doing what they know will feed their kids, program officials said. That includes lives of constantly being lied to or misled.
About 12 percent of the women leave the program without completing it.
“Sometimes it’s hard if somebody comes and they decide they don’t want to stay,” Lanier said.
“I have to keep reminding myself that this is not the end of the story — God’s got a bigger plan. We know the seed’s been planted and just pray that God will grow that somehow.”

SEX SLAVES IN THE LAND OF THE FREE
Individuals wanting to help New Friends New Life’s mission are encouraged to pray for the program and larger social issue involved as well as volunteer or offer financial support.
The group plans to partner with other organizations to combat the influx of women and children shipped in for sex trade during the Super Bowl.
New Friends New Life offers after-care to the victims, supplying counseling, spiritual growth and tools for finding employment outside of the industry.
Other organizations plan to use word-of-mouth advertising and distribute soaps in area motels with the National Human Trafficking Hotline number.
Pedigo said she sees the Super Bowl as a chance to talk openly about the issue and reach women “in our own backyard.”
“We just feel like if people will understand, then they start to care, and if they care, they’ll get engaged and they’ll make a difference,” Pedigo said.
“And that’s what we want to do. Our ultimate goal is to end sex exploitation in our country. There’s just no reason in 2011 in the land of the free, we have sex slaves.”