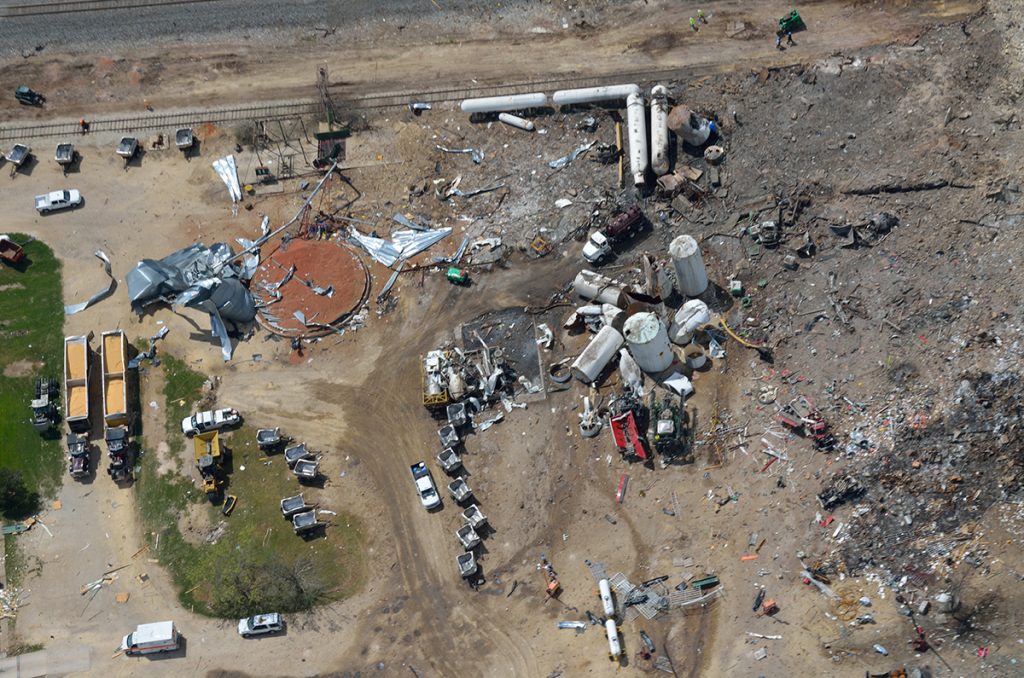 Texas fertilizer plant explosion: Behind the scenes of the West Church of Christ 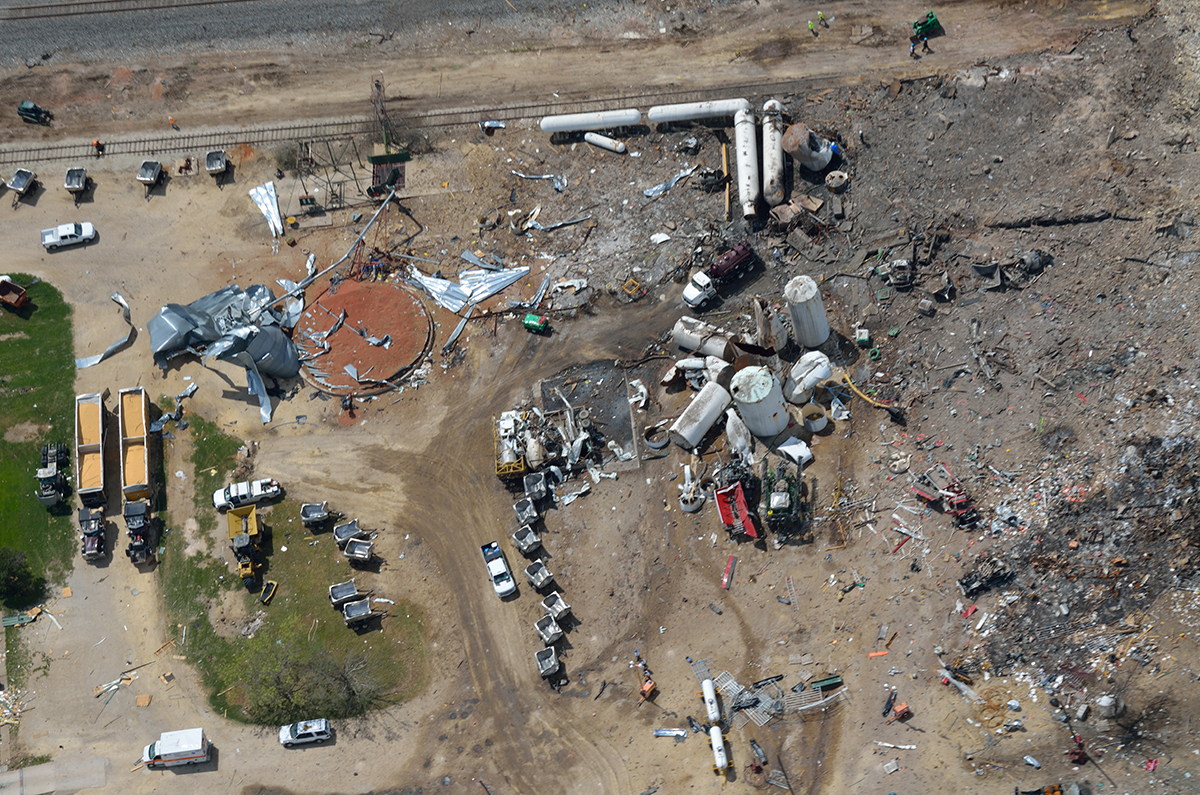 WEST, Texas — The auditorium lights flickered.
The glass doors flew open.
West Church of Christ minister Ernie Albrecht was sharing Wednesday night devotional thoughts — focused on Ezekiel and the need for Christians to stand up and be strong in their faith — when a loud boom rocked the pews.
“For a moment, I thought, ‘Man, Jesus is coming!’” Albrecht said later. “It was a scary moment because it was like, ‘This may be it.’”
Albrecht finished his remarks, and deacon Shorty Harkins — who brushed off the noise as thunder — stood to lead the invitation song, “There Is Power in the Blood.”
Harkins had asked elder Donald Adair, an 83-year-old farmer and owner of the West Fertilizer Co., to say the closing prayer.
But in the dark auditorium, Harkins did not realize Adair had received a phone call a few minutes earlier and quickly left. Unknown to the congregation, Adair had learned that the fertilizer plant had caught fire.
“Oh, no!” a few members had heard Adair’s wife, Wanda, mutter on the way out.
Outside the church building, a giant plume of smoke filled the still-bright sky — the result of a massive explosion at Adair’s fertilizer plant that killed 14 people and wounded more than 200.

Read the full story.
See the Chronicle’s previous coverage of the explosion.