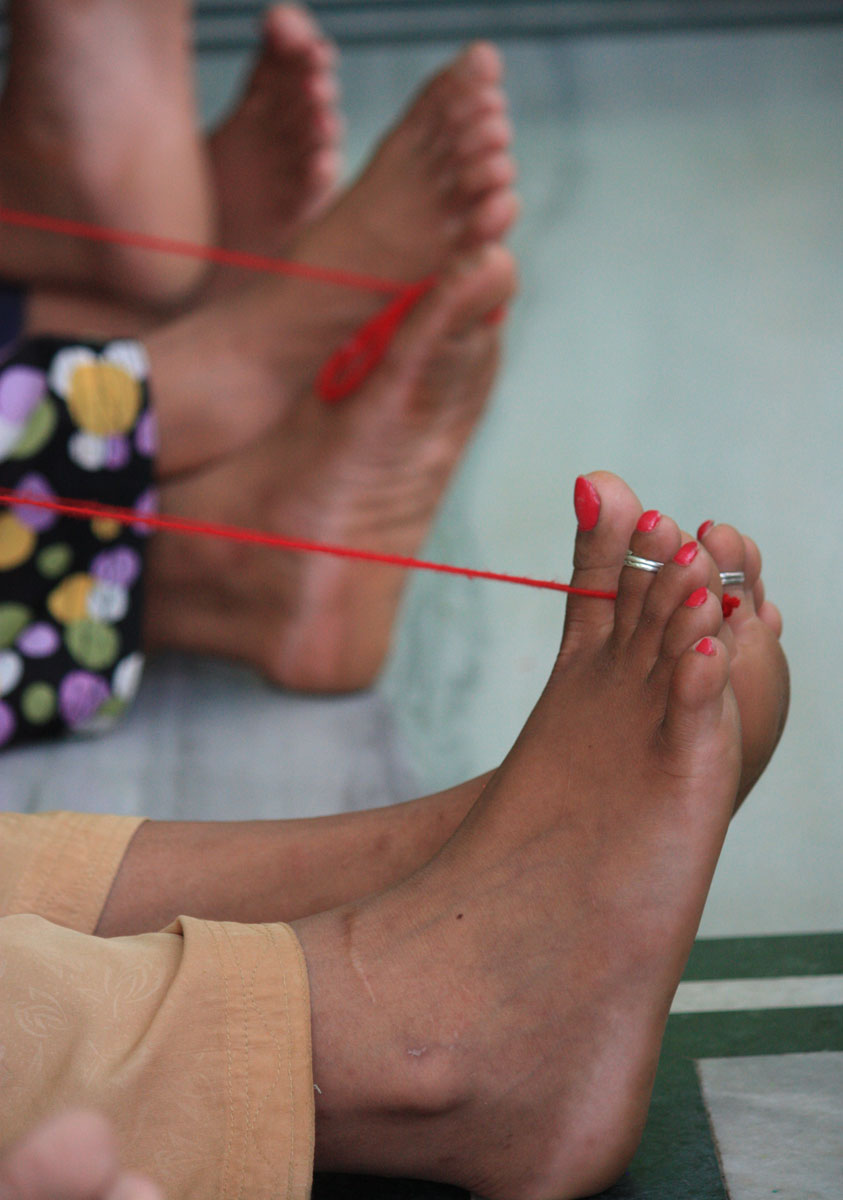 All Grant Rampy wants for Christmas is to see one of the students he serves at Abilene Christian University named Texan of the Year.
It’s not likely to be an easy task — especially since the student, Brittany Partridge, isn’t a native Texan. She came to the West Texas university, associated with Churches of Christ, by way of Minnesota.
But, during her time at ACU, Partridge has amassed a Texas-sized resume. Recently she became the first-ever student to be awarded two prestigious academic honors —  the Truman Scholarship and the Marshall Scholarship.
Rampy, ACU’s director of public relations, highlights Partridge’s work to stop human trafficking as he nominates her for Texan of the Year. Here’s a snippet of his nomination letter, submitted to the Dallas Morning News:

Brittany Partridge may be young, and I can’t claim she is a dyed-in-the-wool native of the Lone Star State, but I believe you could do no better than to select her as your 2012 Dallas Morning News Texan of the Year. Let me take a minute to tell you more about her.
If you visit a university campus today, you may see students wearing a simple red bracelet. Hand-woven by girls in Nepal at risk for sex trafficking, they represent freedom from exploitation. They also represent a movement that started as a spark on the Abilene Christian University campus and has spread like wildfire, a spark set off in large part by ACU Honors College senior Partridge in 2009, when she was a freshman.
The Red Thread Movement now lives on 75 university campuses, partners with dozens of musicians and businesses, and interacts with students in numerous high school and youth groups across the United States.
The idea is as simple as the product itself. Wearing the $3 bracelet raises awareness of human trafficking and modern-day slavery around the world. Proceeds support anti-trafficking work in Nepal that rescues as many as 100 girls each month and fund a safe house where the girls can take shelter. In the process, the Nepalese girls earn an income from weaving the bracelets and learn a sustainable skill that makes them less vulnerable to the lure of sex traffickers.
“When I found out this horrible crime was claiming the innocence of young girls all over the world, I was just shocked that nobody was talking about the issue,” says Partridge, who came to Abilene from Annandale, Minn.

Read the full story. (A subscription to the Dallas Morning News is required.)
I visited Nepal earlier this year and got to see young women rescued from traffickers weaving the Red Thread Movement’s bracelets.
Eternal Threads, an Abilene-based nonprofit, partners with a Nepal-based organization, Kingdom Investments Nepal, to rescue the young women. Here’s a bit more about their work:

Girls at a “safe house” in southern Nepal string together bracelets for the Red Thread Movement. (Photo by Erik Tryggestad)

Brittany Partridge, a student at Abilene Christian University, envisioned the Red Thread Movement in 2010 as a way to raise awareness of human trafficking. She contacted Linda Egle, founder of Eternal Threads, an Abilene-based nonprofit that sells fair-trade items crafted by women in a dozen countries, including Afghanistan, Madagascar, India and Nepal.
Egle, a member of the Highland church, has partnered with Kingdom Investments Nepal … since 2008.
She added the red bracelets to Eternal Threads’ product line. ACU students urged friends to buy them. The movement spread to other campuses. Christian rock bands sold the bracelets at their concerts.
Speakers touted the movement and sold bracelets at Church of Christ youth events, including the massive Winterfest rallies in Texas and Tennessee.
“Now 150-plus girls are getting income from selling the bracelets,” Egle says as the girls on the porch weave. One of them was rescued at a border station the day before.
“Each girl gets $100 to $200 per month,” Egle says. “And it’s so easy.”

Here’s a video produced by Matt Pinson of the Highland Church of Christ in Abilene about Eternal Threads’ work in Nepal.