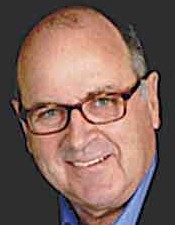 Rudy Taylor
Thanks for your column, “Race and the church: How far have we come?” (August, 2012)

It seems like only yesterday that I sang in the Oklahoma Christian Chorus (1964-65), and one event stands out in my mind — having to do with racism.

There was only one black member of our chorus, George, and he was my “packing mate” when we went on trips.

We took a four-day trip through Arkansas, Louisiana and southern Oklahoma in the fall of 1964. On a Wednesday, we drove to a town in Louisiana where we were supposed to sing during Wednesday night services of the local Church of Christ.

But word of George’s presence in our chorus beat us to town.

When we drove up in the chartered bus, our director, Harold Fletcher, stood up and announced, “We may have a problem here.”
He got off the bus and walked up to a group of men standing on the steps of the church building. He talked to them for only a few minutes then returned to the bus.
“The elders of the church say there is one member of our choir they won’t allow inside,” Mr. Fletcher said. “What’s your choice?”
So, we all got out, stretched our legs from the long trip then formed a circle near the church entrance. I remember feeling like true protesters as we sang, “We are One in the Spirit, We Are One in the Lord.” We made sure George was front and center. And we never entered the church building, which I’m sure disappointed the large crowd that had come to hear us.
Then, two nights later, we pulled into western Oklahoma, where we sang a special concert at a Church of Christ. Afterward, we all lined up to meet our hosts — the folks who would provide beds and meals for the night.
As George and I approached the couple who had signed up to host us, we noticed a quick scurry and some whispers to Mr. Fletcher. He looked our way and George immediately smiled and said, “It’s OK, it’s OK — no big deal.”
Again, it was an elder and his wife who couldn’t stand the thought of a black guest in their bedroom.
Here’s the crazy thing: I don’t remember a big deal made of the two encounters when we returned to campus. Looking back, I’m proud of the way Mr. Fletcher and students handled the Louisiana standoff. And I remain so proud of my old friend, George, whom I have not seen since 1965, for his calm, Christ-like patience.
It’s sometimes hard to comprehend that today we’re still so close to the days of outright segregation.

Filed under: Letters To The Editor Staff Reports