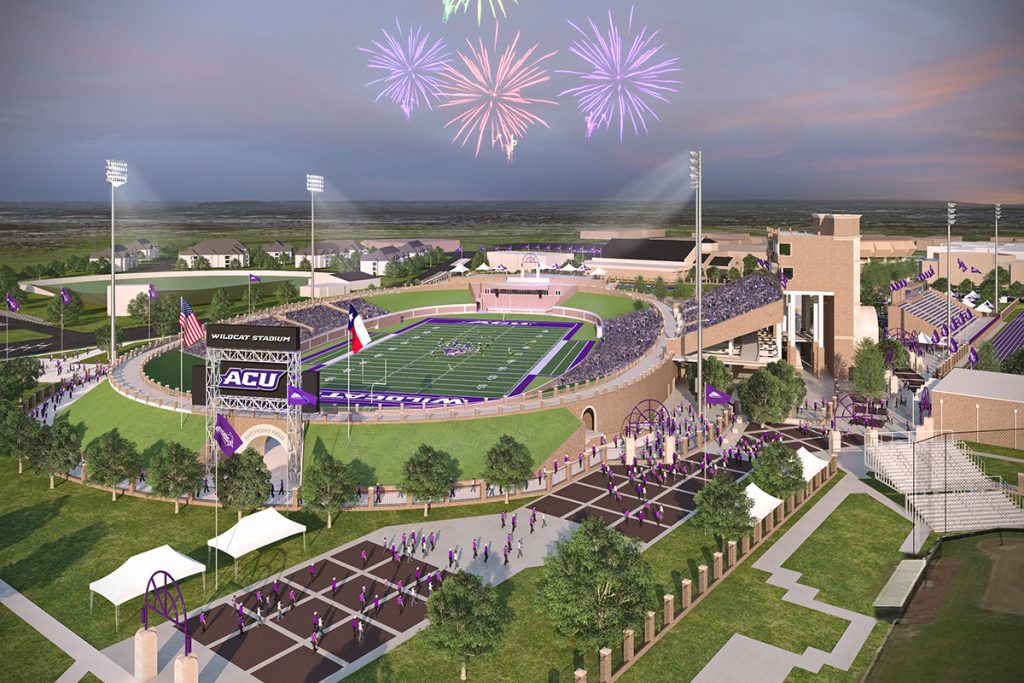 The funds include the largest single gift in the university's history and will go toward construction of academic buildings and sports stadiums.

Three donors have contributed that amount toward construction of three science buildings and two sports stadiums — including one that will allow ACU’s football team to play its home games on campus for the first time since World War II — President Phil Schubert announced. 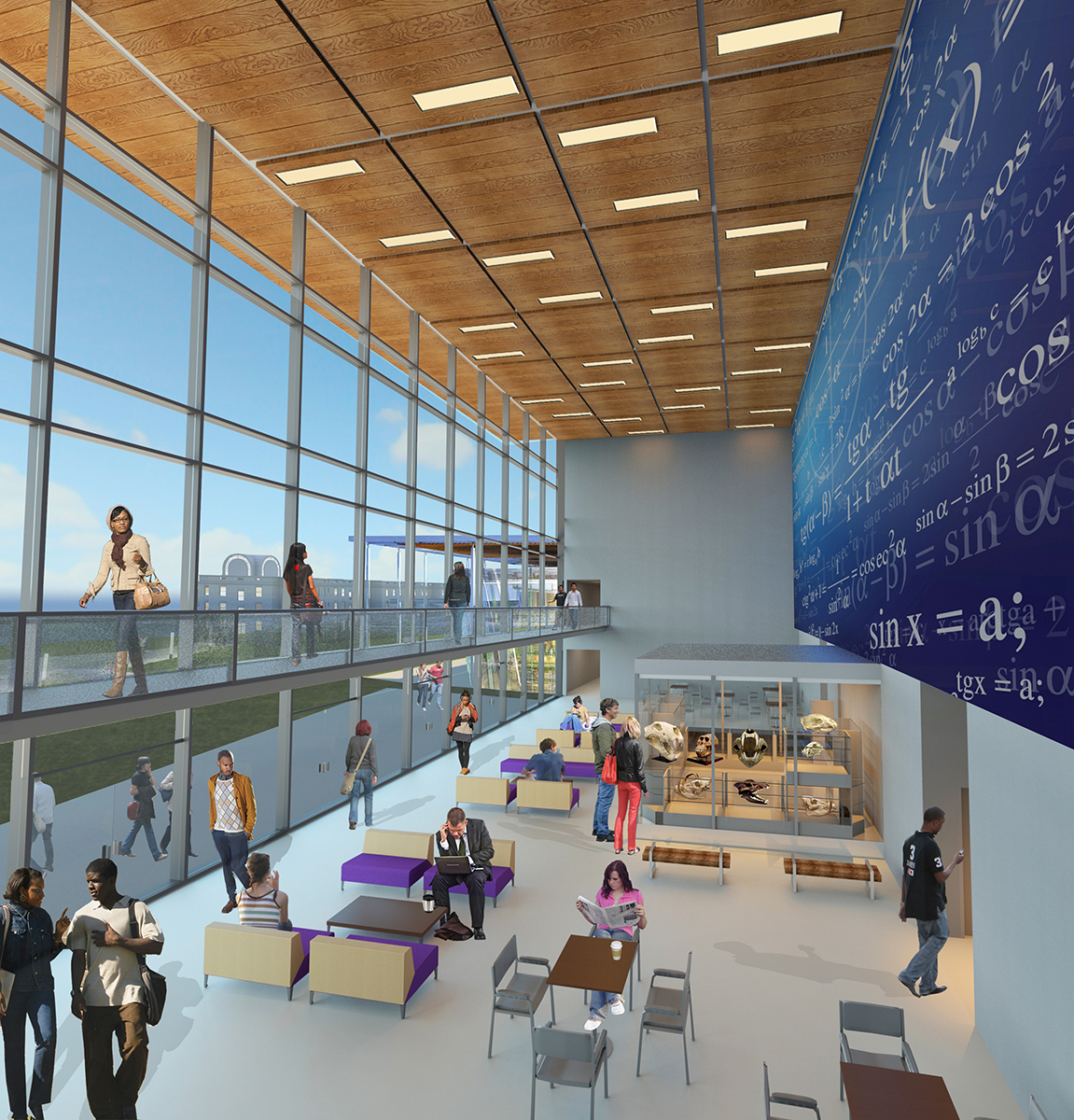 A view of the planned lobby for the Robert R. Onstead Center for Science and Humanities at Abilene Christian University. (IMAGE PROVIDED BY ACU)The total includes the largest single gift in ACU’s 108-year history: $30 million donated by alumni April and Mark Anthony of Dallas. That tops the $26.37 million received from the Grace L. Woodward Memorial Endowed Fund in 1998.

• $10 million from Kay Onstead of Houston, whose late husband, Robert Onstead, served on ACU’s board of trustees from 1978 to 2004. It’s the sixth-largest gift in ACU history. 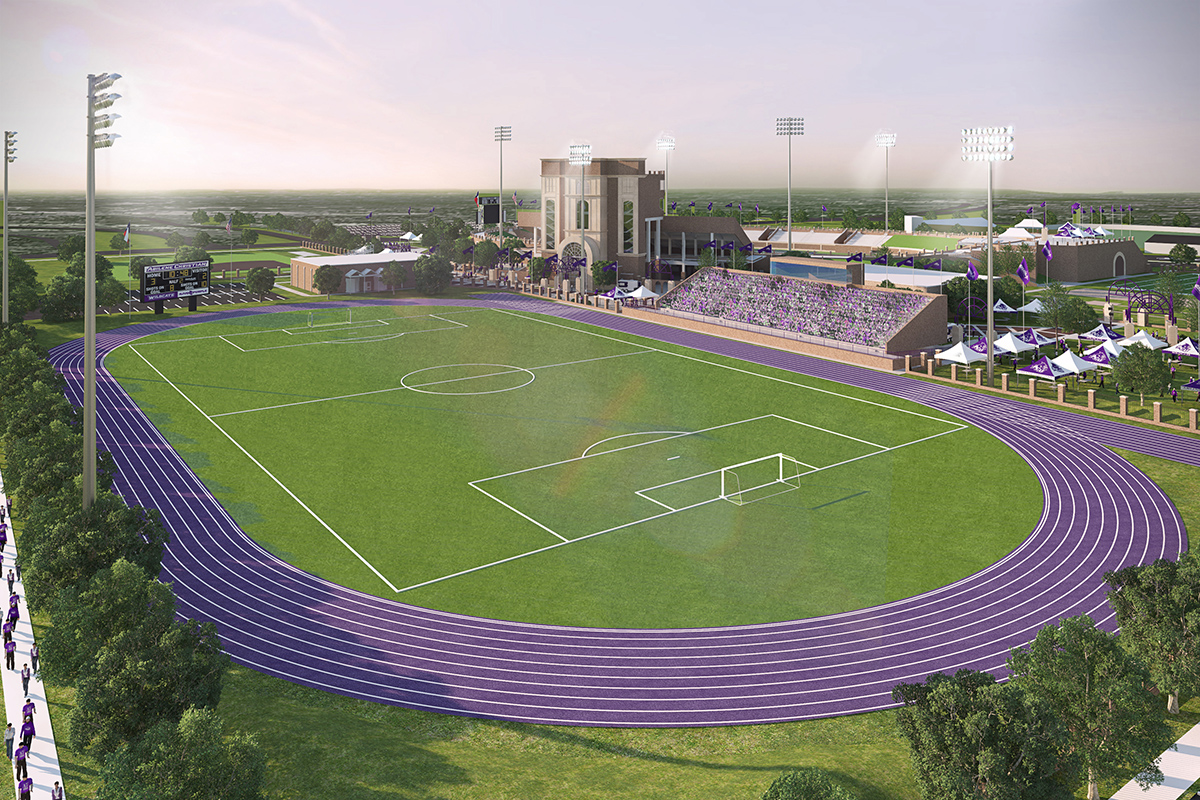 Plans include a new stadium to serve Abilene Christian University’s soccer and track and field teams. (IMAGE PROVIDED BY ACU)Schubert said the gifts will “bring about a transformation on this campus that hasn’t happened since the 1960s.” The projects are part of an initiative called “Vision in Action” that will total $75 million.

“Through our 21st-Century Vision, ACU promises to deliver a world-class academic education in a Christ-centered environment where students grow in their faith and are equipped to make a real difference in the world,” Schubert said in a prepared statement. “One of the priorities of our vision also is creating spaces to strengthen the community aspect that makes our campus so unique. Thanks to God’s provision through these donors, we are delivering on our promise.”