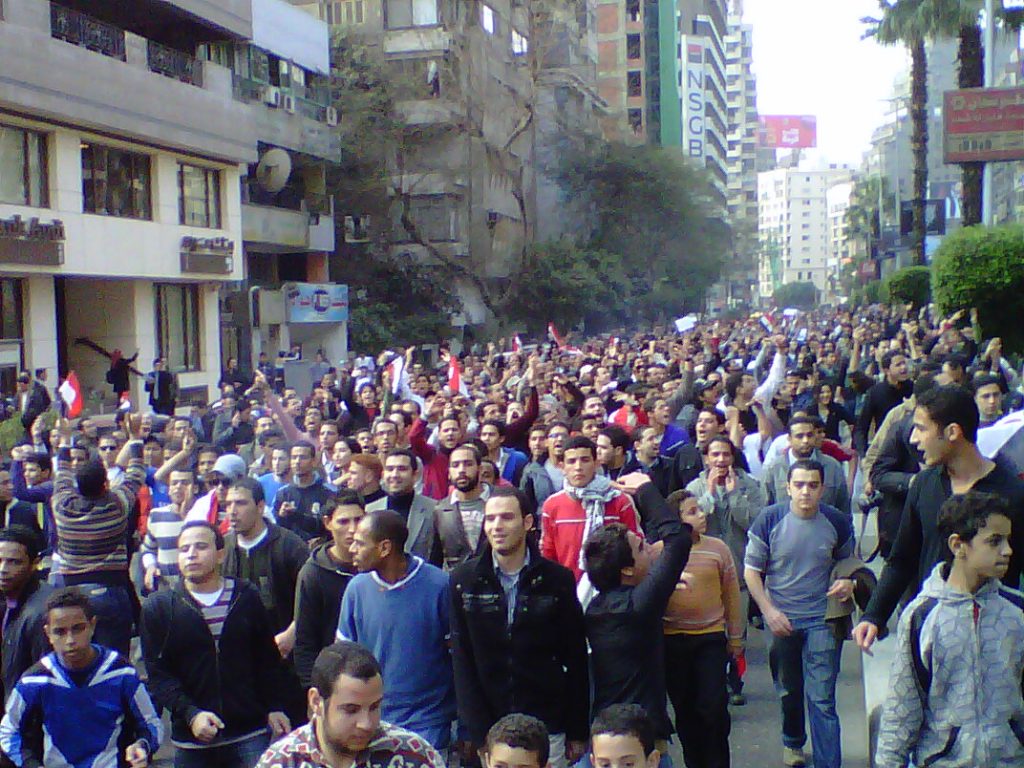 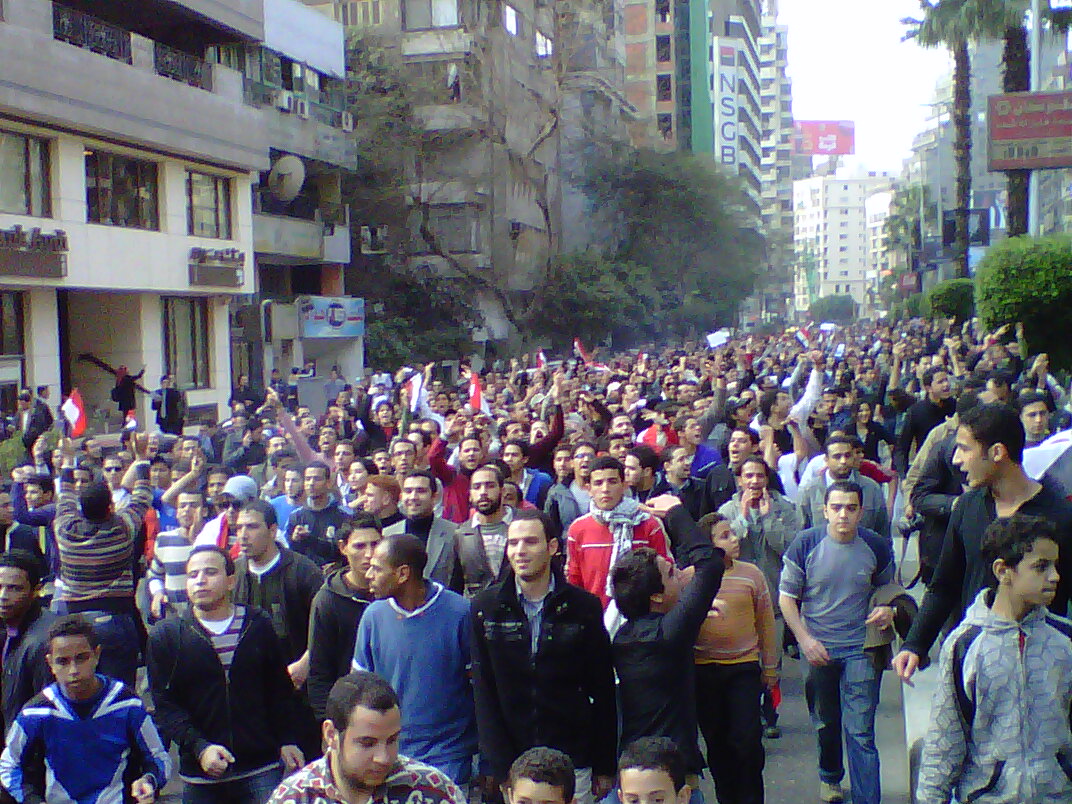 Demonstrators march in the streets of Cairo. (Photo by Muhammad Ghafari, via wikimedia commons)

Christians in Egypt are feeling the effects of their country’s political crisis, according to a church member who works with believers in the North African nation.
The church member — who asked for anonymity for security reasons — said that a church building near Tahrir Square in downtown Cairo was closed because of its proximity to the protests. The church does not use the phrase “Church of Christ” in its name because the phrase is not registered with the Egyptian government.
A small congregation for ex-patriots meets in Cairo. We haven’t received any updates on how its members are reacting. However, many of the expats living in Cairo have left the country, according to news reports.
Egypt, a nation of 80.4 million souls, is about 90 percent Muslim, according to the CIA World Factbook. About nine percent is Coptic Christian, and an additional one percent is categorized as “other Christian.”
“There are many secret churches in Egypt. No one knows how many believers meet underground. I have met some of these groups, but some are so concerned about security that they have to get several recommendations on a visitor before one is permitted to join the group — even for a casual meeting.”
We’re looking for stories of church members caught in the middle of the protests in Egypt. Please contact us if you have any details.