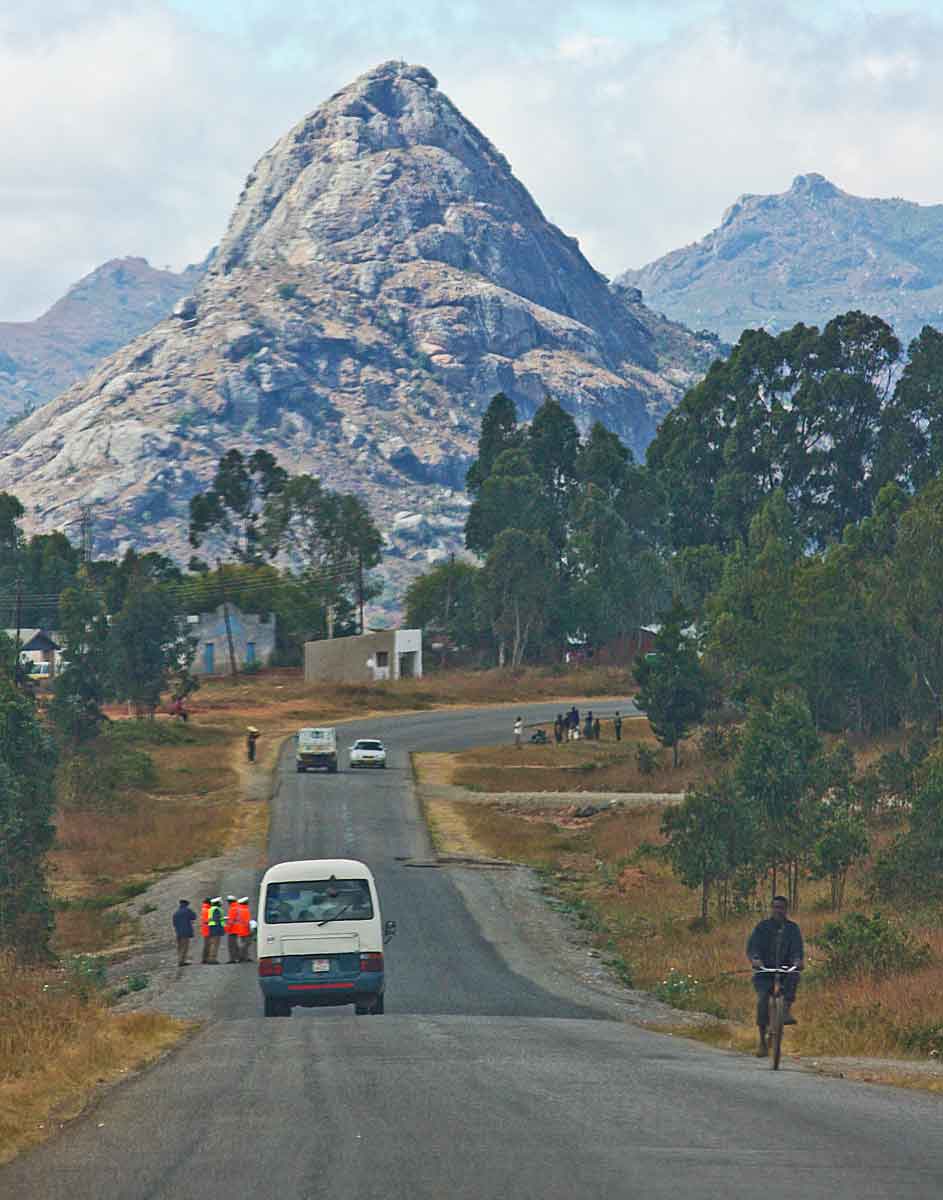 Phenomenal churches — and voices — in ‘the Israel of Africa’

A mountain in Malawi’s Central Region (photo by Erik Tryggestad)

New on The Christian Chronicle’s website, you’ll find a multimedia blitz from my reporting trip to Malawi.

“Malawi is the Israel of Africa,” said Priestly Nkhonjera, a longtime minister in Malawi. Gospel seed fell on fertile soil here more than a century ago, he said.
Congregations developed strong roots throughout the narrow country’s three regions — Northern, Central and Southern. Here, unlike many African nations, gray hair is common in Churches of Christ, as are second- and third-generation members.
In the Central Region, it’s hard to go more than 10 miles in any direction without finding a congregation, said Evance Mwapasa, an elder of the Area 47 Church of Christ in Malawi’s capital, Lilongwe.

Read the full story, and please check out “The miracle of Malawi,” a discussion of the challenges facing Malawian churches in the 21st century. Both stories are part of our ongoing series “Global South: The changing face of the church.” 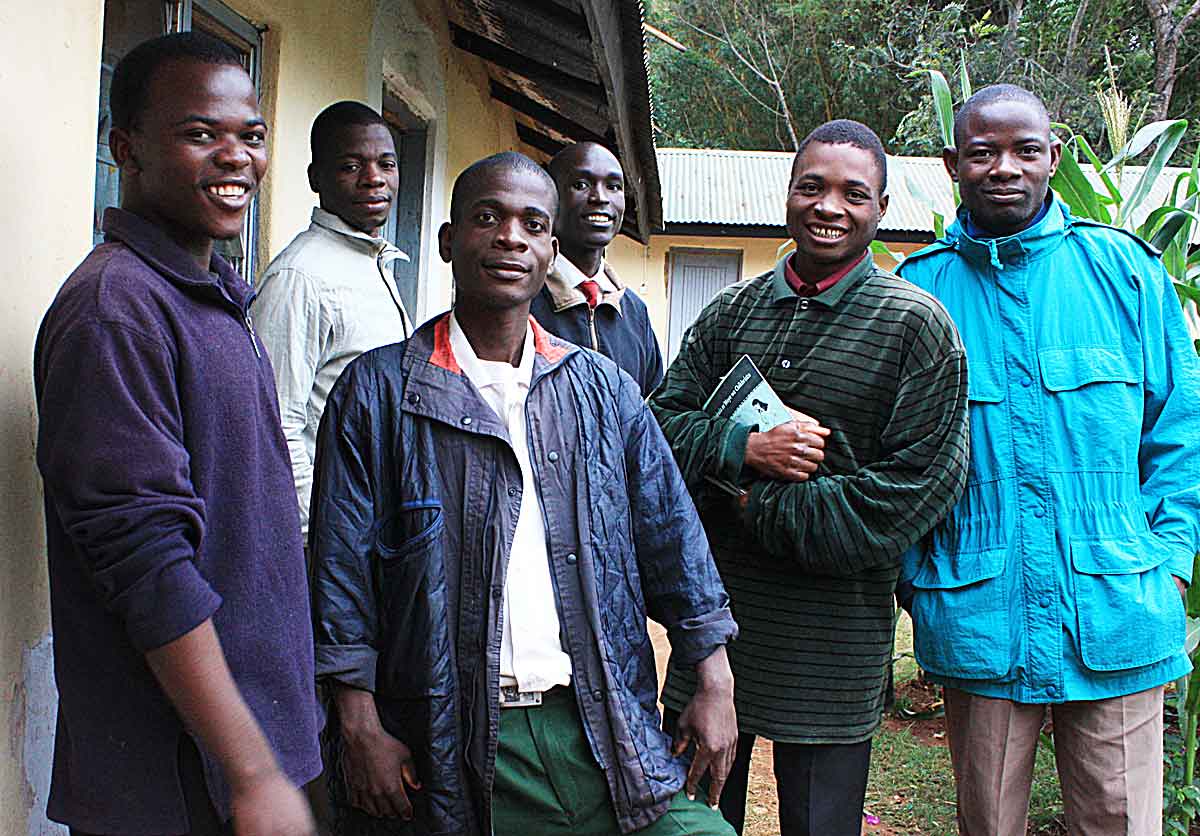 Words alone cannot describe this country in southern Africa — home to more Church of Christ members per capita than any nation in the world — so I did my best to fill our website with expanded photo galleries, audio recordings and videos.
Here is the first video — students at Namikango Mission singing in the Chichewa language during one of their twice-daily devotionals. The video quality isn’t great, but the singing is.

Make sure to check out the audio recordings attached to the two news stories on our website to hear more from the students’ devotionals:
Namikango_singing_1
Malawians also sing hymns in English. Here’s a brief video from the English service at the Red Cross Church of Christ in Blantyre, Malawi: 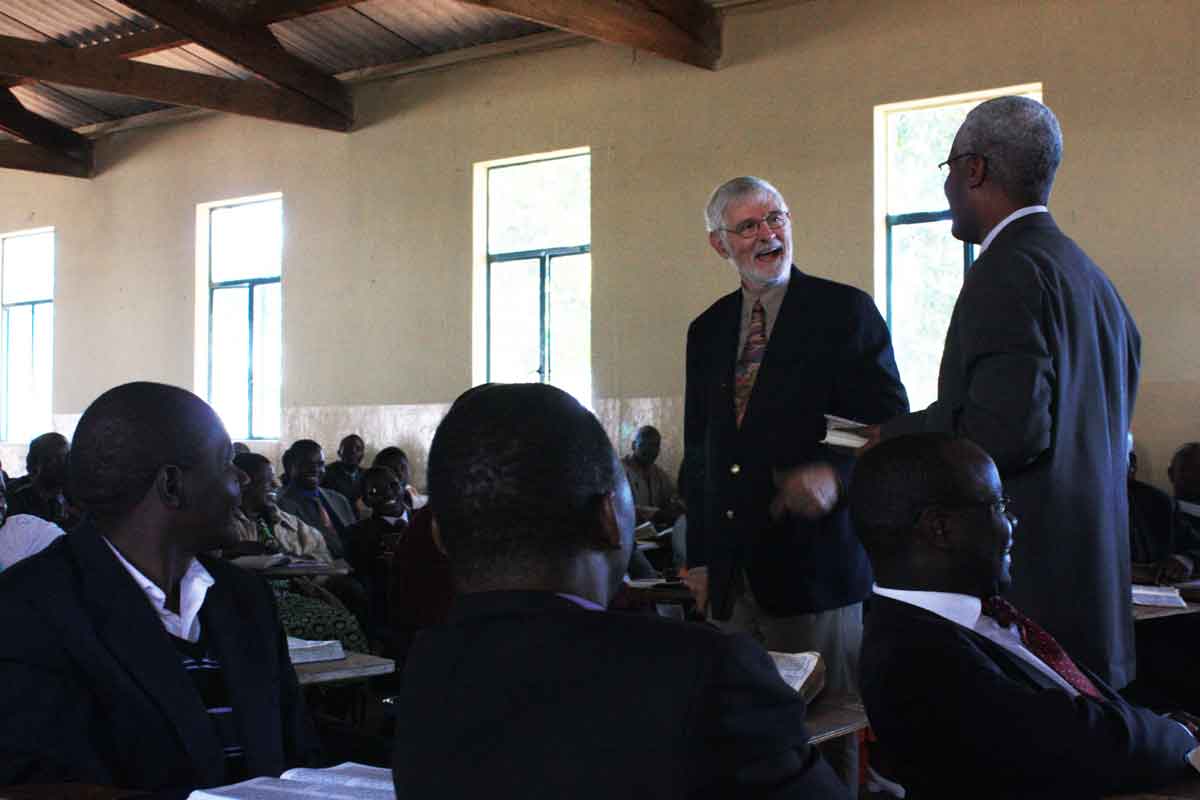 Dick Stephens and Chester Kabinda-Mbewe share a laugh during a meeting for elders, deacons, ministers and their wives in Blantyre, Malawi. (Photo by Erik Tryggestad)

There wasn’t enough room in these stories to mention my generous hosts while I was in Malawi — Dick and Suzi Stephens of The Malawi Project. Dick drove me across the Central and Southern regions of the country for an entire week as I interviewed church members. I could not have put this package together without his help. The Malawi Project, supported by the Green Valley Church of Christ in Noblesville, Ind., is involved in a number of benevolence projects in Malawi. I plan to include some of their work in an upcoming story on sustainable development in the Global South.
On the Malawi Project’s website, you’ll see an article about Gene and Jean Morris, longtime supporters of missions including the Malawi ministry. Both are very ill and could use some notes of encouragement, Dick told me. If you read the story about them and would like to send them a card, the address is
Jean and Gene
c/o Malawi Project
3314 Van Tassel Drive
Indianapolis, Indiana 46240-3555