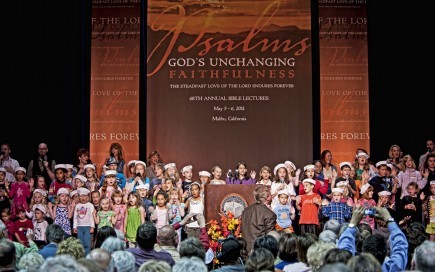 From Staff Reports
BIBLE CAMPS GANDER BROOK CHRISTIAN CAMP RAYMOND, Maine — The newly created Gander Brook Center for Church Leadership will aim to address “an alarming lack of trained leadership” in New England churches, organizers said.
Most of the region’s Churches of Christ have no elderships, and many do not have regular preachers, said Park Linscomb, the camp board’s president and minister of the Manchester Church of Christ in New Hampshire.
Linscomb said a story in The Christian Chronicle about preacher training camps helped inspire the new program. For more information, see www.ganderbrook.org.
HIGHER EDUCATION ABILENE CHRISTIAN UNIVERSITY ABILENE, Texas — Jeff Childers, a professor in ACU’s Graduate School of Theology, got a chance to study his favorite subject at the Vatican’s library.
Late last year, Childers received the final approval to research some of the world’s greatest ancient collections of Christian texts. The focus of his study: the Syriac manuscripts of Chrysostom.
“Chrysostom celebrates the beauty of Scripture and administers its pastoral benefits to his audience — including one latecomer, a 21st-century researcher from the Graduate School of Theology at Abilene Christian University,” Childers wrote on his blog.
HARDING UNIVERSITY SEARCY, Ark. — The Oglesby Preaching Studio has made its debut at Harding.
The studio is named for Robert Oglesby, pulpit minister of the Waterview Church of Christ in Richardson, Texas, for 48 years.
The Waterview church committed to donate $200,000 to build a state-of-the-art preaching studio.
“We are very impressed with the commitment that Harding has made to aggressively deal with the crisis of a shortage of preachers,” said Danny Hawk, a Waterview elder.
The studio will allow preaching students to watch and learn from their own presentations and film sermons that can be sent to churches when they begin the interview process, Hawk said.
LIPSCOMB UNIVERSITY NASHVILLE, Tenn. — In its 120th year, Lipscomb University recently awarded 570 diplomas, the most in its history.
Graduates included the first three veterans to earn tuition-free degrees at Lipscomb through the post-9/11 “Yellow Ribbon” scholarship program.
April Herrington, an accounting major, and Susannah Leonard, a marketing major, both served in the U.S. Air Force.
Chase Manning, an English major, served in the U.S. Army.
LUBBOCK CHRISTIAN UNIVERSITY LUBBOCK, Texas — It took 23 years of college courses and 80 years of living, but Betty Simmons finally got to move the tassel across her graduation mortarboard.
Simmons, the first octogenarian to graduate from Lubbock Christian, was among 270 students who received degrees during LCU’s spring commencement ceremony, the Avalanche Journal reported.
MISSIONS MINISTRIES EASTERN EUROPEAN MISSION OKLAHOMA CITY — Former Bible smugglers and communists gathered recently in a hotel banquet hall to celebrate EEM’s 50th anniversary.
Lynn and Barbara Camp helped launch the ministry in Vienna, Austria, in the 1960s. Lynn Camp, now president of EEM, recalled the ministry’s early days, including stops at border crossings into Eastern Europe where guards searched cars for what they considered to be the biggest threats to the Soviet Union — guns and Bibles.
Igor Egirev, who directs the Institute for Theology and Christian Ministry in St. Petersburg, Russia, and Ukrainian church-planter Alexander “Sasha” Prokopchuk spoke at an Oklahoma City fund-raising dinner for the mission.
The ministers talked about EEM’s role in transforming Eastern Europe through Bible printing and other programs.