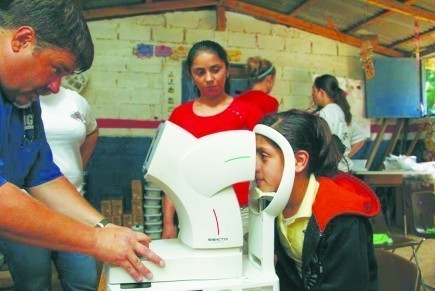 Staff Reports
HIGHER EDUCATION
ABILENE CHRISTIAN UNIVERSITY
ABILENE, Texas — The ACU Museum, overseen by Women for ACU, has undergone major renovations, including the addition of a small conference center and rental space.
“It is the dream of the Women for ACU and the museum board to create a museum that will become a destination point in Abilene,” said Roberta Bender, a museum board member. “We believe ACU’s history has much to offer visitors and residents. We’re excited about where these renovations might take us.”
LIPSCOMB UNIVERSITY
NASHVILLE, Tenn. — December commencement ceremonies were extra special for a mother and daughter.
Lynn Hopkins, a teacher at Lipscomb Academy, and her daughter Kelcee Hopkins, a Spanish and international business major, both received degrees.
Lynn Hopkins earned a master’s in special education, while Kelcee Hopkins was awarded her bachelor’s degree.
“It is kind of a fluke,” Lynn Hopkins said of the timing. “Neither one of us had planned for it to fall this way.”
HARDING UNIVERSITY
SEARCY, Ark. — A YouTube video of “Duck Dynasty” star and Harding University alumnus Willie Robertson discussing his faith during a recent Harding chapel assembly went viral.
The video, posted by Missouri church planter Wes Woodell, was approaching a half-million views at press time.
The reality series, featuring members of the White’s Ferry Road Church of Christ in West Monroe, La., drew 6.5 million people to its Christmas episode, setting a new viewership record for A&E.
See the video.

SOUTHWESTERN CHRISTIAN COLLEGE
TERRELL, Texas — Southwestern honored President Jack Evans Sr. for 45 years of service during the college’s recent annual Founders Day program.
John Dansby, chairman of Southwestern’s board of directors, recognized Evans, whose four-plus decades as president were described as unprecedented in modern higher education.
Vice President James Maxwell bestowed upon Evans an honorary doctorate of humane letters. Administrator and Bible professor Ben Foster paid tribute to Evans on behalf of the college’s staff, student body and alumni.
K-12 CHRISTAN SCHOOLS
COVENTRY CHRISTIAN SCHOOLS
POTTSTOWN, Pa. — Longtime Coventry Superintendent Mark Niehls is transitioning to a new role as advancement director for the Christian school.
At a recent dinner, new Coventry head Paul Fisher announced the creation of the Mark E. Niehls Endowed Scholarship, which Fisher said will allow generations of children to benefit from Christian education.
Besides his role with Coventry, Niehls serves as an elder for the Chesmont Church of Christ, which meets in the school building.
WORSHIP MINISTRIES
ACAPPELLA MINISTRIES
OKLAHOMA CITY — Do you love to sing?
Can you carry a tune?
Acappella Ministries is looking for talented singers to help with its next congregational recording.
The recording will be in April at the Central Church of Christ in Amarillo, Texas.
“If your church is like mine, there are people who miss singing in school and university choirs and thrive upon opportunities to use their singing talent,” Acappella’s Keith Lancaster said. “Professional recording projects can also be an adventure for gifted volunteers.”
For more information, see this previous post.