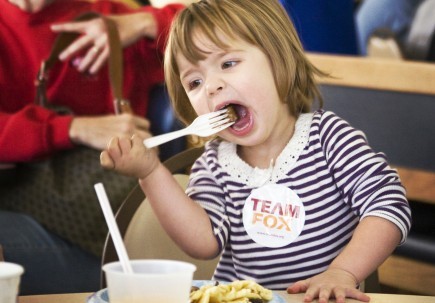 During Miller’s tenure with the ministry, 2,180 birthmothers received free maternity care during their unplanned pregnancies; foster parents cared for 1,139 children; and 1,419 children were placed for adoption into Christian homes and families.

“Her entire lifetime has been devoted to Christian service,” said Gary Miller, chairman of the ministry’s board of trustees. President Sherri Statler said: “She assumed the leadership of a Church of Christ ministry when it was rare for a woman to do so, and then she led with grace, humility and devotion to the children God entrusted to our ministry’s care. Her story and its timing are unique in our brotherhood.”

ABILENE, Texas — As a mother of three, Jennifer Shewmaker has come to understand the impact that sexualized media messages can have on children.

“Media messages are prevalent and powerful in our society,” said Shewmaker, associate professor of psychology at ACU.

Shewmaker’s three years of research on the effect of sexualized messages on children and adolescents recently earned a grant from the Christian Scholars Foundation. The grant will allow her to expand her research interviews and surveys throughout Texas and neighboring states.

In her speech, the former Alaska governor and 2008 Republican vice-presidential nominee shared anecdotes about faith, its role in her life and how it shapes one into a person of value.

Palin praised Faulkner in her speech.

“If there were more Faulkner universities around the United States, how much better would our nation be?” she asked, according to the Montgomery Advertiser.

Linda Peek Schacht, a former senior fellow at Harvard University’s Center for Public Leadership, will serve as executive director of the Lipscomb institute.

LUBBOCK, Texas — For 52 years, the F.W. Mattox Administration Building had been the front building at the entry point to LCU. However, the new Cardwell Welcome Center is changing the “face” of the university as viewed from 19th Street.

The welcome center has a 65-foot, all-glass rotunda at its center, from which four wings extend east and west. The copper-tiled rotunda towers above the height of the four wings and has the capacity to hold 200 people for events.

LCU recently dedicated the new building, named for key donor Jack Cardwell and his wife, Evonne, who gave a $1 million lead gift for the project. The Cardwells are members of the Westside Church of Christ in El Paso, Texas.

YORK, Neb. — Erin DeHart, assistant professor of education at York, recently took a 22-day study trip to Israel, Germany and Poland to continue her extensive studies of the Holocaust.

The trip was funded partially by a grant from the Holocaust and Jewish Resistance Teachers’ Program.

TUCKER, Ga. — “Walk for Honduras” events in Chattanooga, Tenn., Atlanta, Dallas and Oklahoma City are expected to raise more than $325,000 to support the ministry.