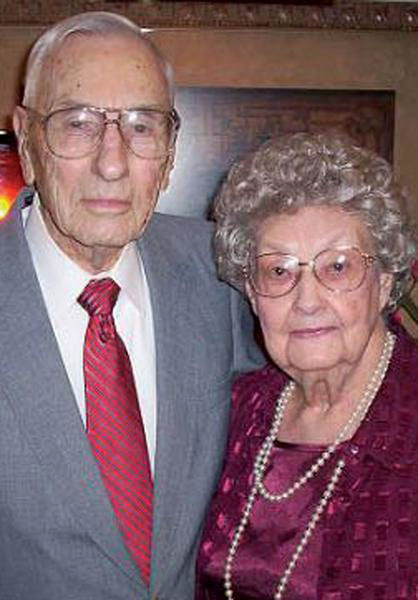 August 16, 1913 - October 15, 2013
SUBMITTED
Walter Perry Bryan, Jr., born August 16, 1913, passed away October 15, 2013, at the age of 100, with his wife, Ruth, and other family members at his bedside in Edmond, Okla.
Walter was a minister of the gospel for over 73 years, ministering in numerous congregations of churches of Christ in Oklahoma and Vermont. He was active in missions in Togo and Ghana, West Africa; Australia; and Alaska, traveling extensively to those mission areas.
He and Ruth were recently honored by Oklahoma Christian University and Faulkner University for their 75 years of marriage. They were also recently presented the Christian Service Award by Oklahoma Christian University for their 78 years of ministering to churches of Christ, unending passion for mission work, faithful church leadership, and exemplary lives as parents of three sons, five grandchildren, and nine great-grandchildren.
Walter worked tirelessly from the inception of the idea to the completion of establishing Oklahoma Christian University and served on numerous boards and committees for the university. He particularly enjoyed his work with Christian youth camps.
He also loved music, including the classics and a capella vocal music, as well as photography, astronomy, and fishing.