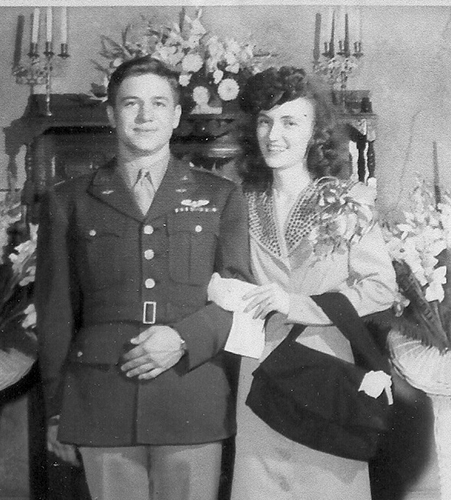 Submitted
The marriage of Miss Rebecca Watson and Herman Hall Stubblefield occurred 70 years ago on Oct. 6, 1944. They met at David Lipscomb College in 1941 where Becky was a student and Herman was attending an alumni function. They courted mostly by mail, as he was in the Army Air Corps including overseas duty as a fighter pilot. This turned into a lifelong love of flying which became his occupation. He retired as chief pilot and aviation manager from Vulcan Materials Company.
Together they have served as a Christian example to many people including their three children and three grandchildren. Becky taught fourth grade Sunday school for many years and served as secretary at the Homewood church of Christ for more than 20 years. Stubby served as a deacon and an elder at Homewood. They were both active in several areas of ministry, including missions and worship.