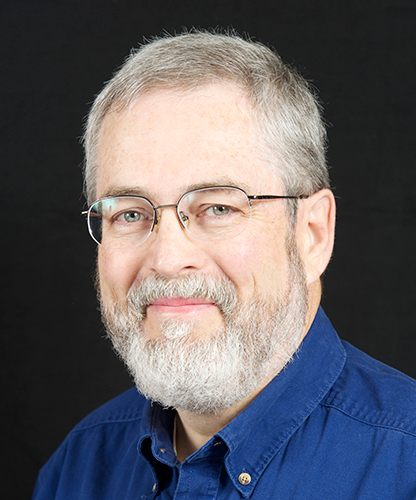 Mike was privileged to grow up in a Christian family and gave his life to Jesus through baptism at the young age of 8. He attended Oklahoma Christian College, where he met Susan McFarland. They married on April 12, 1979, in Edmond, Okla.
Mike is survived by his wife, Susan (McFarland) Landon, his father, Frank Landon, and three children: daughter Angela Howard and her husband Wesley, daughter Cynthia Tankersley and her husband Glen, and son Michael Landon; sister Terri Hart; grandson Zachary Tankersley; three step-brothers — Doug, Doyle, and Darrin Miller; and his in-laws, Bud and Sarah McFarland. He was preceded in death by his mother Eleanor Landon, a brother, Gregory Landon, and his step-mother JoAnn Landon.
After attending Oklahoma Christian College, Mike graduated with an M.A. from Harding University Graduate School of Religion and later from Trinity Evangelical Divinity School with a Ph.D.
During his 30 years of ministry, Mike and Susan first worked on the mission field in São Paulo, Brazil, for eight years, where their children were born. He then preached for churches in Louisiana and Kansas before beginning to teach missions and Bible full time. He taught at Barclay College, Southwestern Christian College and the Center for Christian Education before moving to Groton, Conn., to minister there nine years ago.
Mike has published a book with University Press of America on poverty and several articles on the Bible in Restoration Quarterly. He presented scholarly papers on the Bible and missions at numerous professional meetings.
Mike’s passion for ministry, teaching and missions led him to higher learning yet humbled him. His heart for the poor was evidenced through his continued studies and eventual publication of his dissertation on poverty. Through the years, he used his gifts and compassion through involvement with a day school for underprivileged children in São Paulo and in numerous organizations, including Habitat for Humanity and CareNet Crisis Pregnancy Center.
He delighted in one-on-one relationships and friendship and often mentored Coast Guard cadets and numerous Navy individuals.
He had an unwavering respect for truth, and his conviction that preaching is useless without personal integrity motivated him.
His family has requested that donations in his memory be made to the Groton Church of Christ, 1018 Route 12, Groton, CT 06340.