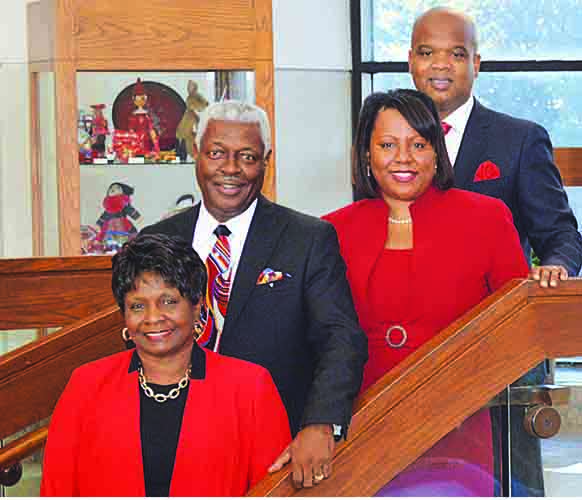 According to Dr. Tony Roach, his retirement after 37 years was a great opportunity to teach one of his most powerful sermons.

“It gives the Minda Street elders and myself as evangelist a chance to emphasize the “Passing of the Baton” of leadership to the next generation.”

Transitional leadership in the Kingdom of God has always been generational. All of the accomplishments that God has blessed the Minda Street congregation to achieve pale in comparison to the passing on of the legacy of its leadership to the next generation. “As church leaders we must lead beyond our current leadership and look to prepare new leaders for the next generation. If we die in our generation without successfully navigating transitional leadership to the next generation, we become generational failures,” says Dr. Roach. We see this principle in the book of Joshua; we find no mention of a specific person that Joshua trained to succeed him, (yet Moses had mentored and trained him for over 50 years). The result was the scattering of God’s people, who were plagued with chaos and evil for several generations to come!

Dr. and Mrs. Anthony and Candyce Roach planted the Minda St. Congregation on Oct. 26, 1979. He has served as the evangelist of the church since the congregation was established. He was trained for 29 years by his spiritual father, Dr. John S. Winston, Sr., in a Sound Doctrine Training Program. He came to Abilene in 1977 to earn his Master’s degree from Abilene Christian University, and he went on to earn his Doctor of Divinity degree. He was the first African American to earn a doctorate from ACU in the history of the University.

The Minda Street congregation has experienced the favor of God in many different areas. In the area of spiritual growth, which has always been the focus of the Minda Street congregation, thousands of souls have been baptized into the body of Christ. During the last 37 years, Dr. Roach and the elders have maintained a “Sound Doctrine Training Program” and employed a “Biblical Model of the Government Organization and Development of the Local Church,” which has been successful in the training and equipping of evangelists, elders, deacons, preachers, campus ministers, youth ministers, music ministers, and their spouses. Currently, Minda has eight elders and their wives, and several deacons and their wives. Most of them have been serving for more than 25 years. When it comes to physical assets, the Minda Street congregation has also been blessed with tremendous favor from God. Thirty-seven years ago, the congregation started with nothing! However, over the years, it has accumulated, and paid for, more than 4.5 million dollars in assets of land and buildings.

When Dr. Roach retired on Oct. 30th, Bro. Ian Nickerson succeeded him as the resident evangelist. Bro. Nickerson is a spiritual son of Dr. Roach and the Minda Street church. He was added to the congregation 25 years ago; and he has been in ministerial training under Dr. Roach for more than 20 years. He has also been a student of the Sound Doctrine Training Program at the Minda St. congregation for many years.

After his retirement, Dr. Roach will focus on his writing and his international “God’s Love Bank Ministry,” as well as his new role as minister emeritus and elder at the Minda Street church.
Birthdays Eva Clay
102
North Canton, Ohio. 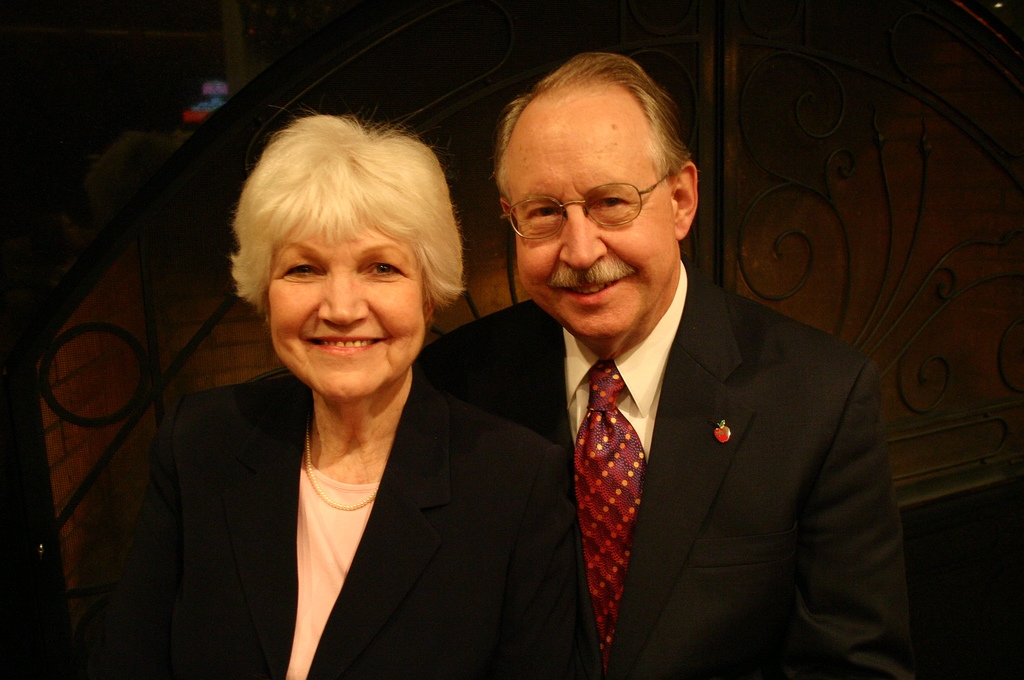 Fern and Jerry Hill are celebrating their 60th wedding anniversary on Dec. 23. They were married in 1956 while students at Harding University.
After serving three churches in Tennessee and Alabama, they moved to Riverhead, N.Y., 51 years ago to do mission work.

After the death of their oldest son, Timothy, they founded the Timothy Hill Children’s Ranch in 1976. In addition to its work on Long Island, in the fall of 2017 the Ranch plans to open programs to serve young people and families in Massachusetts and Tennessee. 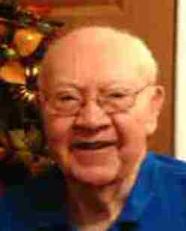 Don Carlos BentleyDon Carlos Bentley, 98, was born Aug. 16, 1918, to Jerome K. and Fannie Bentley in Paluxey, Texas. He passed from his earthly life and into the presence of God on Sept. 17, 2016. He was the oldest child with four younger sisters. Don graduated from Arp High School in Texas and went on to graduate from Harding University in Searcy, Ark., in 1941.

He was working in Marshall, Texas, and preaching at the Church of Christ there when he met and eventually married the love of his life, Melba Rogers. They celebrated their 70th anniversary before her passing on Nov. 22, 2013. During their marriage, they had two sons, Don Rogers and Alan Cole, and one daughter, Judith Karel.

Don served as a minister in Spring, Texas, and later at the Highway 249 Church of Christ. He was also an elder there until his passing. On occasion, he continued preaching and at age 93 preached his last sermon.

Don and Melba lived for more than 60 years in Houston, and he held two jobs during that time. He worked as an accountant at Rice University for more than 10 years. He then worked at W.S. Farish & Co. for 30 years, retiring from that job at 76 years old.

Don was a man who loved the Lord and loved and served Him and his fellow men his entire life. 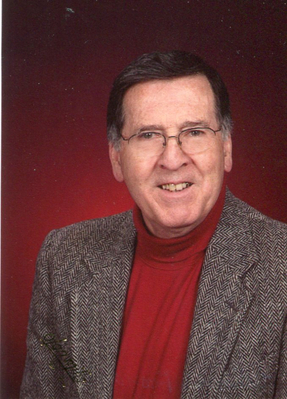 Reece Vernon BoydReece Vernon Boyd, 84, passed away on Oct. 3, 2016. Born April 20, 1932, to William Reece and Bessie (Brown) Boyd, of Kimball, Tenn., he was the youngest of eight children. He was preceded in death by his parents, a brother, Paul, and two sisters, Iva Stewart and Mildred Crouch. Vernon was baptized at the age of 16 at his home church in Kimball.

Commitment and dedication were pillars of Vernon’s life, exemplified in his marriage of 62 years to his wife, Alice Walker Boyd. They parented six children, who survive him.

Vernon graduated from Marion County High School in Jasper, Tenn. He then attended Lipscomb University in Nashville, Tenn., where he received a bachelor’s in 1954.

On June 4, 1954, he and Alice married. They moved to Searcy Ark., where Vernon attended Harding University, receiving his master’s in New Testament in 1955. After teaching at Lipscomb High School for two years, they moved to Memphis, Tenn., where he received the M.Th. degree in 1960 from Harding School of Theology. While living in Nashville, Vernon studied at Scarritt College and the University of Memphis.

Vernon’s education prepared him for both his profession and his calling, evidenced in his accomplishments as a writer.

He wrote articles for various religious magazines and manuals and authored two books: “Undying Dedication: The Life of G.P. Bowser” and “A History of The Stone-Campbell Churches in Michigan.” He was an organizer, teacher and supporter of several ministries, including Michigan Christian Youth Camp, Wayne State University Campus Ministry, Nhowe Mission in Zimbabwe, Crusade for the Churches of Christ and Lake Geneva Encampments.

Vernon’s passion exceeded even his most impressive accomplishments, as seen in his call and service as a minister of the Gospel to several churches: Eudora, Ark. (1955), Olive Branch, Miss. (1957-1960), West Suburban Church of Christ, Berkeley, Ill. (1960-1966), Stony Island Church of Christ, Chicago (1966-1971) and the Strathmoor Church, Detroit, which merged with the Southfield church in 1984 to become Oakland Church of Christ, Southfield, Mich.
While preaching in Illinois, Vernon studied part time at the University of Chicago Divinity School. During his tenure at Oakland, Vernon enrolled in Harding School of Theology once again, receiving a D.Min. in 1986.

Vernon retired from preaching at Oakland on Dec. 31, 2001, but continued to serve as an elder until 2012. His membership remained at Oakland until his death.

However successful and accomplished in the various areas of life, Vernon will be known most by all those he touched for the life he lived and the depth of his love for God and all His children. His devotion to biracial worship and cross-cultural ministry spanned decades and made him a leader in efforts to encourage and increase racial reconciliation among believers.

Each year, God’s Family Banquet, under his leadership and direction, brought together black and white Christians to promote and reinforce that we are foremost of one blood.

The beacon of Christ’s light and His love that shone brightly through Vernon’s life will continue to be seen in and through the lives of those he touched.
Reflecting and remembering his love the most will be his survivors: his wife, Alice; children: Christopher (Mary), Elizabeth Lynn (Monty), Timothy (Sandra), Thomas (Pamela), Mary Boyd Dunn, and Julia Boyd McLean, 16 grandchildren and 18 great-grandchildren; four siblings: Clyde, Mary Virginia Lyons, Doris Hardaway, and Faye Lofty; in-laws: Eleanor (Gerald) Hurst, Ray Walker (Marilyn), Tim Walker (Glenda); and a host of nieces, nephews, close personal friends and the Oakland Church of Christ family.