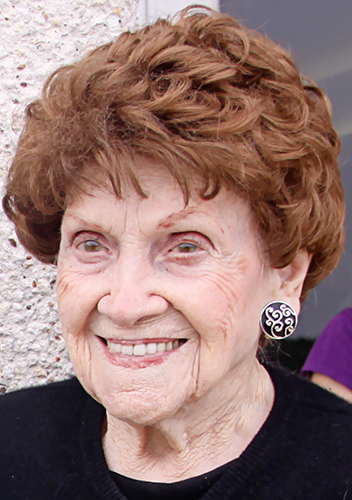 She was born in Wichita Falls, Texas, on June 23, 1915. She married her sweetheart Donald E. McHam on June 21, 1936. Don and Mary Frances enjoyed 41 years of married life until Jesus called Don home in April of 1977. Don and Mary Frances were charter members of the Richland Hills Church of Christ, where Don served as an elder for many years. After Don’s death, Mary Frances moved to Bryan/College Station, Texas, to be close to her children, Meridon (McHam) Warden, Sandie (McHam) Light, Elaine (McHam) Morrison and Bill McHam.

Mary Frances is still an active member at the A&M Church of Christ in College Station, still wearing her high heels, still visiting the sick and shut-ins and still being that same sweet self she has always been.

Her children can honestly say they never see her in a bad mood or hear her say an unkind word about another human being. Everyone would say she always has that sweet smile on her face.

In addition to her four children, she enjoys eight grandchildren (three have gone on to be with Jesus), 20 great-grandchildren and one great-great-grandson.