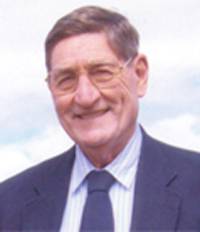 All sons became preachers and three worked overseas in Argentina, Zambia and Zimbabwe.

Loy and Donna Taylor were married in 1954 and have four children.

In 1958, Loy and Donna moved to Zimbabwe (Southern Rhodesia) as missionaries. Along with Dick Clark, Roy Palmer and Alex Claussen, Loy established the Nhowe Bible College in 1958. The name was changed to Mutare School of Preaching in 1970 when the school moved to Mutare.