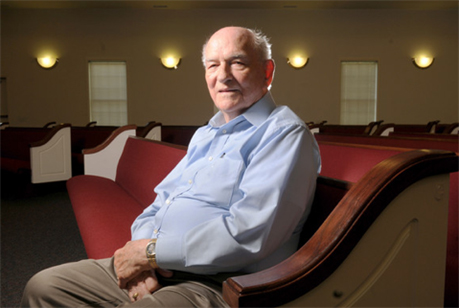 Connecticut minister's association with the Manchester Church of Christ spanned more than a half-century.

Christians in New England and beyond are mourning the July 13 death of Eugene Brewer, a minister and elder who served the Manchester Church of Christ in Connecticut for more than a half-century. He was 87. 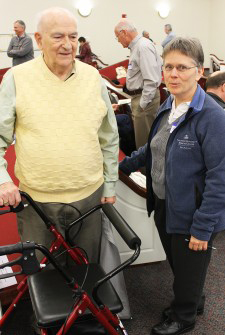 Eugene Brewer with Manchester church member Mary Brown at the 2013 New England Church Growth Conference hosted by the congregation. (PHOTO BY BOBBY ROSS JR.)Brewer and his wife, Barbara, moved to Manchester in 1961 to plant the church.

The congregation began with 17 adults and 13 children and has grown to 300 members — making it New England’s largest Church of Christ. Gene Brewer served as minister until 1992 and as an elder from 1973 to 2003.

Gareth Flanary, minister of the West Springfield Church of Christ in Massachusetts, describes Brewer as “a great pioneer of the New England church.”

“He was a teacher, a leader, a servant, a mentor and an encouragement to so many,” the Manchester church said on its Facebook page. “We rejoice knowing that Gene has finished the race, and we grieve with those left behind by his passing.”