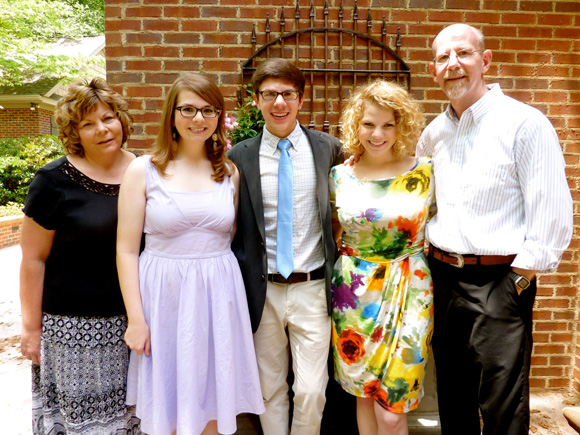 His ministry through the Auburn Christian Student Center 'touched thousands of students.'

Jim Brinkerhoff, who had served since 1984 as the campus minister for the Auburn Church of Christ in Alabama, died Thursday, Dec. 5. He was 56.

Milton Jones, a longtime Campus for Christ leader and president of the Christian Relief Fund, said of Brinkerhoff:

I cannot quite comprehend not having this great man around. He was the epitome of a campus minister in every sense of the word. He shared Jesus with everyone he could. He loved people no matter where they came from or what they had done. God used him to build a huge campus ministry at Auburn that has touched thousands of students and influenced people all over the world. I was on an airplane flying from London to Ethiopia. As I was eavesdropping on the conversation in the row in front of me, I heard people I had never met from who knows where singing the praises of Jim Brinkerhoff. He was a friend. I can’t think of anyone better. His family is the best too. Mary, our prayers are with you and all the family. No words can even come close to conveying my feelings and how good a man Jim is.

Buddy Bell, senior minister for the Landmark Church of Christ in Montgomery, Ala., wrote on his Facebook page:

I respect Jim as much as anyone I have ever known in the ministry. Some of my favorite times in ministry were when I served as campus minister at the University of Alabama and Jim served at Auburn University. We had the greatest time working on retreats together. I loved his passion and his laugh. Jim was a man of integrity, a great communicator, a wonderful mentor, and a dedicated disciple of Jesus. Jim is one of the few people I have known who could have said (he was too humble to say it), “Follow me as I follow Christ.” We have lost a giant among us. In our fellowship I don’t know of anyone who has had a greater impact on college students in this state for Jesus. My heart goes out to Mary and the children and the Auburn student center family. I thank God for Jim Brinkerhoff. I will miss him, and I pray that those of us left behind can carry his legacy on.

On social media such as Twitter, Brinkerhoff’s death has sparked numerous other condolences.

Saddened by the loss of friend and mentor Jim Brinkerhoff. Celebrating him making it home to heaven. #ACSC

We tend to forget that our real gift is not so much what we can do, but who we are. – Henri Nouwen // In memory of who Jim Brinkerhoff was

Grieving with the friends of Jim Brinkerhoff. Wonderful servant in the kingdom of God.

Never met a man who shared God’s word with as much enthusiasm as Jim Brinkerhoff did. Still can’t wrap my mind around it. He will be missed

God has a reason for everything,I cannot understand why he decided to take Jim Brinkerhoff from us today but I know that he gained a warrior

Praying for my friends @ Auburn in the loss of Jim Brinkerhoff. 1 of the best speakers I’ve ever heard; his zeal for the Lord was so evident

I owe my very existence on this Earth to Jim Brinkerhoff and the way he brought my parents together through Christ. Ephesians 4: 30-32

I never met Jim Brinkerhoff, but his legacy of influencing and discipling college students is undeniable.

Thank God for the life of Jim Brinkerhoff https://t.co/NPAwq1aAgX