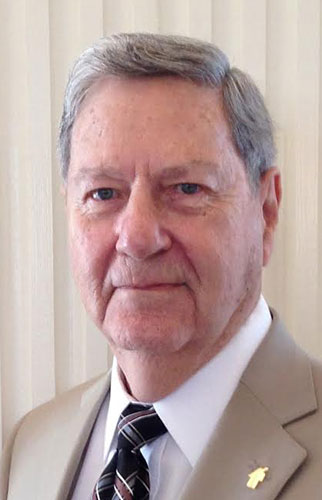 Submitted
Lavon Henley of Daphne, Ala., passed away on Saturday, Oct. 10, 2015, at the age of 83, leaving behind a legacy of dedication to Christ and his community.

A native of Andalusia, Ala., he earned a bachelor’s from Georgia State University and a graduate degree from Ohio State University before launching a successful career as a hospital administrator. Throughout his 37 years in the healthcare industry, he developed six new hospitals while building a reputation as an expert in employee recruitment and a champion of struggling organizations.

Though he excelled professionally, he was most passionate about walking with Jesus, spending time with family and helping others. Married for 64 years to his loving wife Virginia, Henley reared two sons and served as an elder, Bible class teacher and spiritual mentor in his various church homes. A gifted musician, he was a respected worship leader and could often be found praising the Lord in song. He also sat on the Board of Directors at Faulkner University in Montgomery, Ala., and Rainbow Omega in Eastaboga, Ala., among others.

Henley relished his role as “Granddad” to his five grandsons and seven great-grandchildren, tirelessly supporting their individual pursuits and accomplishments. In addition to his love for the Lord, they will remember him for his masterful storytelling and his ability to build and fix just about anything.

During his fight with cancer, Henley maintained his signature sense of humor and remained active in his home congregation at the Spanish Fort Church of Christ in Alabama.

His positivity, kindness and generosity will be greatly missed.

Donations in his memory can be made to either the Lavon and Virginia Henley Family Endowed Scholarship at Faulkner University, 5345 Atlanta Highway, Montgomery, AL 36109, or Rainbow Omega, P.O. Box 740, Eastaboga, AL 36260.