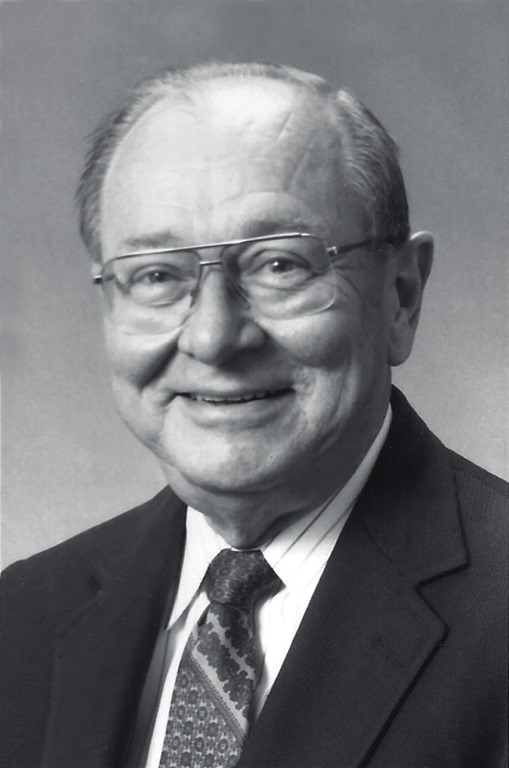 Submitted
Dr. Jerald Dwain Parker went home to be with his Heavenly Father on Dec. 6, 2015, after battling illness for three months. He and his wife, Verna Lee, were residents of Edmond, Okla., and attended Memorial Road Church of Christ. Jerald was born Feb. 24, 1930, to W. Leslie and A. Gertrude Burch Parker in Ardmore, Okla.

Jerald graduated from Ponca City High School in 1948. After graduation, Jerald enlisted in the Army’s 11th Airborne Division and later became a cryptographer and attended paratrooper school, finishing his service in 1952 – marrying Verna Lee Hastings the same year. Also in 1952, Jerald enrolled at Oklahoma State University, graduating with a Bachelor of Science and a Master’s in mechanical engineering.

He was awarded a National Science Foundation Fellowship to Purdue University, where he received his doctorate. Jerald devoted his professional career to teaching mechanical engineering at OSU from 1960 to 1988, and then Oklahoma Christian University from 1988 to 1996, although he was still teaching adjunct off and on until 2015.

During his career, Jerald was a beloved mentor to his students and a valued expert in thermodynamics and HVAC. He co-authored a popular HVAC textbook and was instrumental in the development of the engineering department at Oklahoma Christian.

He was a servant leader, committed to showing Christ’s love to those who needed it most. He championed success and a better life for everyone, whether as a parent, a professor, an elder, a friend or through the prison ministry.

Jerald enjoyed golf, fishing, playing cards, classic country music and Sudoku. Beyond his distinctive laugh and sense of humor, his loved ones will miss him as their handyman, chef and spiritual patriarch.

Jerald was predeceased by his brothers, Royce and Don; a daughter, Beth; and a grand-daughter, Piper Northen. He is survived by his wife, Verna Lee; daughters, Ann Hensen and Leslie Taylor; and his sons, Frank and Thomas. He left 10 grandchildren and nine great-grandchildren.

In lieu of flowers, it was Jerald’s request that donations be made to the Jerald and Verna Lee Parker Engineering Scholarship at Oklahoma Christian University.