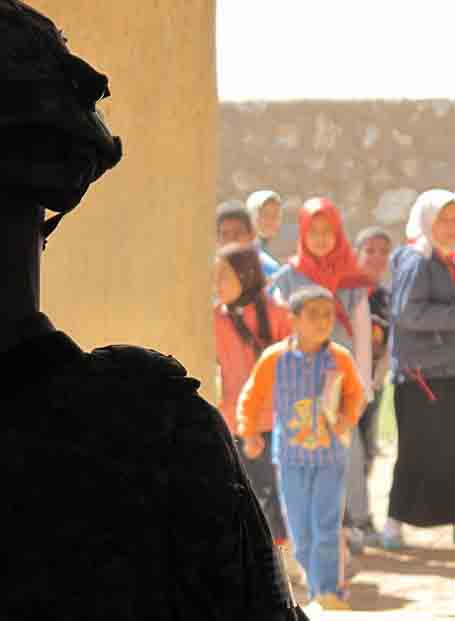 A non-profit sending food to Iraq says refugees there don't want to leave their home country.
Staff Reports
ERBIL, Iraq — They are born in hell, live in hell and die in hell.

That’s how a Kurdish soldier, standing near the front lines of the war against the Islamic State, described the plight of those in Syria and southern Iraq who suffer in the midst of terrible conflict. 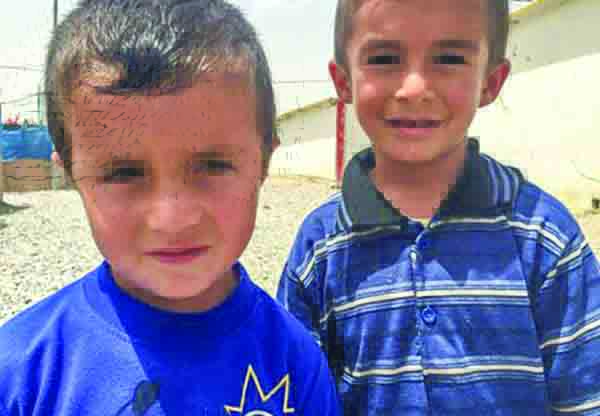 Two of the 2,000 children living in a refugee camp in Iraq look for shade in 107-degree weather. (PHOTO FROM GLOBAL SAMARITAN RESOURCES)
The soldier, part of the Peshmerga (“one who confronts death”) force that protects the autonomous region of Iraqi Kurdistan, spoke to workers with Global Samaritan Resources, a nonprofit supported by Churches of Christ, who traveled to Iraq to oversee food distribution in refugee camps.

Danny Sims, Global Samaritan’s executive director, met refugees — some who proclaim Jesus as their savior — living in tents in 107-degree heat. He listened to their stories.

“Once professional people like lawyers and teachers and engineers, they are now among the poorest of the poor,” Sims said.
‘Sending more compassion and kindness than we send bombs is our only hope.’
U.S. Air Force planes delivered food for the refugees — hand-packed by members of the Golf Course Road Church of Christ in Midland, Texas, and students at Abilene Christian University. A men’s prayer group in Midland developed the idea for the relief effort, Sims said. Global Samaritan partnered with the Barzani Charity Foundation to get the food to refugee camps in Kurdistan.

During the visit, a U.S. Army sergeant encouraged Sims to continue the work.

“Sending more compassion and kindness than we send bombs is our only hope,” the sergeant said.

As for the refugees, they want peace, Sims said. “I didn’t meet one refugee who said they want to come to the U.S. or Europe. They want to go home.”