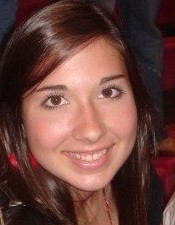 Heartfelt Humility: A story of God’s work in Mississippi

Allison Bates
SARDIS, Miss. — Every summer, countless numbers of young Christians nationwide traipse off from home en route to places treasured dearly in their hearts: church camps.
Sardis Lake Christian Camp is not just a church camp, nor is it a place where muggy Mississippi summers are simply wiled away. This is a place where hearts are convicted to serve the Lord, and prayers are lifted up in abundance.
Such a spiritual sanctuary, tucked gently into a corner of Panola County, might merely seem to an outsider nothing more than a scattered assortment of rustic cabins and mosquito-infested bathhouses.
Hopefully, before this naïve stranger passed ignorant judgment and retreated to his or her vehicle, they would somehow cross paths with an extraordinary character known by most as “Mr. Danny.”
He would sit them down on a wooden bench and talk a while, or possibly stroll with them casually through camp and empty his mind and heart of the innumerable stories held within the walls and trees surrounding the acres that he calls home.
Soon, our nameless guest would be yearning for the summer months also, so that he or she could experience first-hand the glories of camp. The visitor would eventually drive off with a longing to be a character in the stories that this wonderful Christian man called Mr. Danny, who was by now back to work on his lawnmower, told about a spiritual atmosphere where all are welcomed.
Danny Jones was first introduced to camp in 1988, at which time he arrived as a counselor, brought into the position through a connection with a friend who was active at Sardis Lake Christian Camp.
“I remember the first day I walked upon camp as a counselor,” he said. “Of course, I only probably knew three people, and there were right at a hundred people there. Some of them were playing volleyball, and as soon as I got there, someone asked if I would like to join them.
“This has probably been the first place — well, the only place — where I have been accepted for who I am, not to be something that someone else wants me to be. You just be yourself (at camp), and you’re accepted.”
Jones’ initial experience at camp proves to be similar to the occurrences of seemingly every child who steps foot onto the grounds, which truly accounts for his falling in love with Sardis.
It’s no wonder, therefore, that 19 years since that momentous day, he has committed to channel every ounce of his selfless energy into making Sardis Lake Christian Camp the success it is today.
For years, this remarkable man worked part-time keeping the grounds clean and well-kept year-round, but within the last couple years, has taken on the full-time job of camp maintenance. With drive and wholehearted eagerness, he works nonstop to provide and care for the environment so many young people cherish dearly and continue to return to every year.
Now, when children and young adults proceed down the hill into camp, Mr. Danny is there to see that they are welcomed with the same acceptance and compassion as he was.
Jones’ face is a familiar sight at Sardis Lake Christian Camp, whether it’s mowing the grass in the middle of June amidst sweltering heat or at the end of March as repairs are being made to a cabin.
“I think Mr. Danny is synonymous with camp,” recounted a camper, “You can’t have one without the other. He’s always doing something — anything, to make our week there better.”
When wondering what exactly makes Danny Jones display this type of love for such an humble establishment, the question can be answered by board member Perry Jinkerson from Starkville, Miss.: “Danny Jones, in many ways, parallels Jesus himself. That is, just as Jesus is God-incarnate, Danny has become Sardis Lake Christian Camp in-the-flesh. He lives, breathes, serves and loves camp. And, for Danny, it’s all to God’s glory and the advance of his kingdom.”
As Mr. Danny reminisces his times spent at camp with on a picnic table under trees shedding their red and golden leaves in late September, it is easy to feel the devotion vibrating from his heart that speaks volumes of his passion for the place by which he is surrounded.
“Camp is a quiet place, even though it’s crowded. Even though there are campers and staff everywhere it is still a place of peace and quiet. Everything that is going on around you, you know is a good thing, and it just builds you up … it’s the closest I think you can get to heaven on earth.”
Mr. Danny’s words provide truthful explanation to a place that has left many with a loss for words.
Sardis Lake Christian Camp is, like the sign reads, a place where “Young people are learning to be Christian Leaders.”
This motto drives Jones to continue to influence every life with which he comes in contact. In fact, right this moment, he’s almost certainly diligently striving to better camp as a whole.
If the chance arises, drop by sometime and visit Sardis Lake Christian Camp. Mr. Danny just might show you around. Ask him to share a story or two, but be careful; after the first trip you might not ever feel the desire to leave.
Allison Bates is a high school senior from Florence, Miss., who worships at the Siwell Road church in Jackson, Miss. She is actively involved in the youth program and other areas within the congregation and her community. Allison is pursuing an interest in journalism, her planned major next fall at Mississippi State University.