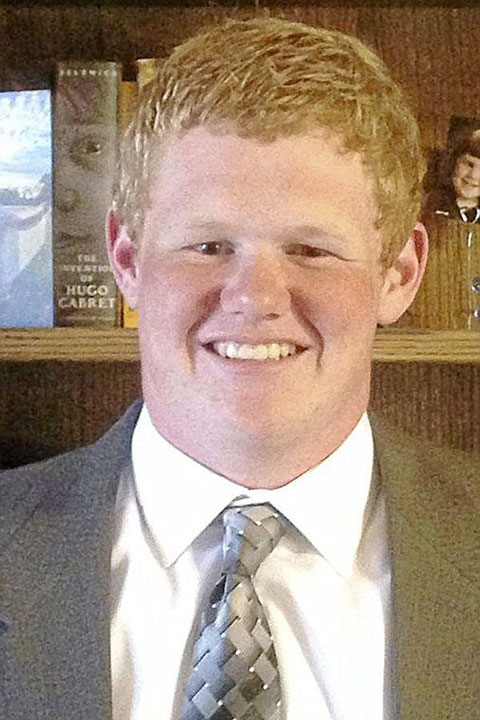 Christian athlete who died after injury ‘was passionate about God’

Father of football player Ben Hamm: 'At first, we thought God did not deliver like he promises. Then ... we read of the impact that Ben's life and death had on people.'

Erik Tryggestad
President and CEO
Ben Hamm was a wonderful student, the superintendent of his high school said.

Hamm, a junior linebacker for the school’s football team, died Sept. 19 after suffering a head injury during a Sept. 11 game. His family, including parents Steve and Misti, attends the Dewey Church of Christ, north of Bartlesville.

It was the fourth quarter, and Hamm went for the tackle on a kickoff return.

“It wasn’t an unusual hit, wasn’t a bigger hit than anything else. In fact, there wasn’t much that stood out about it,” Clark said.

No one knew how serious it was until teammates and coaches learned over an hour after an ambulance took him from the field that Hamm was being rushed into surgery at Saint Francis Hospital in Tulsa.

After Hamm’s initial surgery, Clark said, everyone felt cautiously optimistic. A few days later, that prognosis was much bleaker.

During this last week, Misti and I and the rest of our family had been praying for a miracle. We prayed night and day for a great miracle from our God.

Right up to the end we prayed in the greatest of faiths that God would deliver. When Ben crossed over Jordan we thought to ourselves, “God, where are you?”

“Where is our miracle?”

At first, we thought God did not deliver like he promises. Then we began to immerse ourselves into Facebook, where we read of the impact that Ben’s life and death had on people.

We read of literally tens of thousands of people around the world getting on their knees and praying to God for healing. We read of people who had not been close to God for a long time and had turned to Him in prayer to heal our son and renewed their very lives to the Lord. I have also spoken to some who are getting opportunities to minister to others who could be brought to God through Jesus Christ, all because of their concern and prayers for Ben.