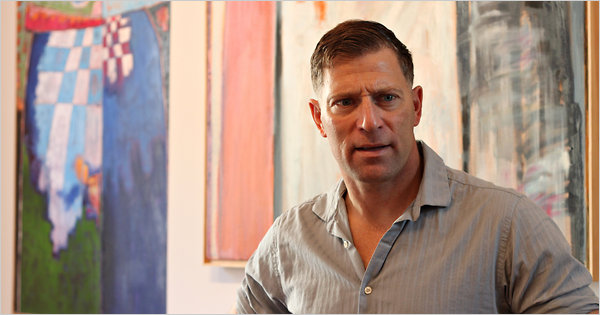 Harding University graduate is a painter who fights

The New York Times ran a feature on Lt. Col. David Richardson, a 1988 graduate of Harding University in Searcy, Ark.:

WASHINGTON — He’s an artist on his way to his second war, and he wants to make one thing perfectly clear: He is not a Marine who paints, but a painter who fights.
A series of Lt. Col. David Richardson’s bold canvases, with their bright colors and geometric themes inspired by Homer’s “Iliad,” is on view in “Trojan War Years” at the Ralls Collection, a gallery in the Georgetown neighborhood here. The show, through Jan. 29, demonstrates his abstract style, emphasis on color and design, and the considerable influence of his tours of duty in Asia.
But for the last several months Colonel Richardson, 45, has been studying Pashto in preparation for his February deployment to Helmand Province in southern Afghanistan, where he will work with Afghan security forces. It is a logical progression for an officer who has advised the Iraqi Army, devised a plan to help East African nations fight pirates and smugglers, and served for two years side by side with the South Korean military. With his tall, muscular frame and close-cropped brown hair, he looks the part.