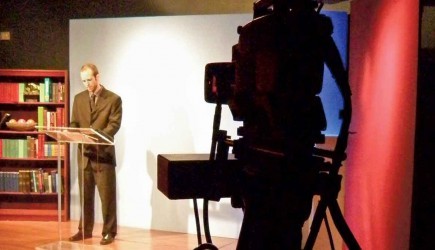 TED PARKS
For the Gospel Broadcasting Network, the challenge is using the latest communication tools to spread the timeless truths of the Bible.
Launched in November 2005, GBN is a 24-hour television network with studios in this north Georgia town, 17 miles southeast of Chattanooga, Tenn. About 20 cable providers offer GBN as a channel, with local on-air stations and satellite systems also airing selected programming, according to the network’s executive director, Don Blackwell.
GBN employs three full-time production personnel — all in their 20s — assisted by part-time staff. The trio shares responsibilities, switching jobs as necessary between lighting, preparing sets, running camera, editing and directing.
“One of the things … with the work here is to be able to wear many hats,” said videographer Blake Kelley. “We’re capable of adapting to circumstances that come before us.”

A part of the production team’s responsibilities is helping speakers adjust to the studio environment.

“Our job … is to make the transition as comfortable as possible,” Kelley said.

Speaking about how the Old Testament sheds light on the New, it was the youth minister’s first time to proclaim the Gospel in a TV studio.

As Pitchford spoke, his image — echoing on the screen in varied camera angles — illuminated a large monitor in the darkened GBN control room. Adam Vaughn sat directing at the console, behind him a “peanut gallery” for guests, Kelley said.

Pitchford pointed out the contrast between the void beyond the studio lights and a Sunday auditorium full of faces.

“I kind of feed off the conversational aspect of speaking,” he said. “Looking at the camera, speaking, you don’t know … if there’s a thousand eyes looking back at you. Or a million. Or four.

“You sow the seed a little more blindly, and you hope that … God uses that in some way.”

Because viewers can watch GBN in multiple ways — including cable TV, Internet, even smartphones — measuring the audience is difficult.

Owners of Apple devices in 50 countries downloaded the GBN app the first day it became available, the executive director added, surprised that China ranked second in downloads behind the U.S.

Blackwell credits GBN with the potential to reach half a billion “outlets,” or devices capable of receiving the network or its shows. He bases the figure on hundreds of millions of mobile devices in the world capable of running GBN apps, along with viewers who watch on television and computers.


HISTORY OF ‘PREACHING THE GOSPEL’

GBN forms a recent episode in the decades-long story of radio and television outreach in Churches of Christ.

Herald of Truth Ministries, which began in radio and expanded to television, recently celebrated 50 years on the air.

Though the Gospel Broadcasting Network has no ties to the Herald of Truth, early materials from the ministry — in display cases in GBN’s lobby — detail the history of gospel television production.

In the cases, a copy of the New Testament in multiple translations bears the handwritten name — dated June 1968 — of pioneering Herald of Truth speaker Batsell Barrett Baxter.

Nearby is a relic from a bygone broadcasting age, a 16 millimeter film can for a 29-minute black-and-white show for Herald of Truth titled “The Christian Businessman.”

Close to the Baxter materials is a commemorative plate from the “Amazing Grace Bible Class,” a television program that began in the 1970s featuring Ira North, longtime minister for the Madison Church of Christ in Tennessee. Adorning the plate are pictures of North and song leader Ray Walker.

Further down the row of cases is a poster from “Preaching the Gospel,” GBN’s flagship program. Beside the poster is a collection of sermons from the show’s speaker, evangelist James Watkins.

In addition to its own programs, the network airs content from congregations and smaller studios. Contributed programming must measure up to network technical standards as well as communicate “sound, true, biblically faithful material,” Blackwell said.

Among GBN shows with a different format is “Digger Doug’s Under-ground,” a children’s program. “On the Lord’s Day” features recorded worship, including services from the Brown Trail Church of Christ in Bedford, Texas and the Forest Hill Church of Christ in Memphis, according to the GBN website.

Three times a week, the network airs “In Search of the Lord’s Way,” perhaps the best-known television program among Churches of Christ.

Blackwell acknowledged the struggles of taking the good news non-stop to the world’s televisions, computers and smartphones.

“We are living in a very difficult economy,” Blackwell said. “Funding the work is probably one of the greatest challenges that we face.”

The executive director called attention to GBN’s approach to fundraising, one that stands out in the broader world of religious broadcasting. GBN never solicits money on the air.

While the website accepts online gifts, the network requests that only members of Churches of Christ donate.

Not asking viewers for funds is “really making us distinct from a viewer’s perspective,” Teske said. “From an evangelistic perspective, it goes a long ways to showing people we’re interested in souls, not pocketbooks.”

Whatever the challenges, for GBN, the ministry’s staff remains focused on the network’s mission — to persuade a skeptical world that God exists, teach people the Bible and encourage congregations to remain faithful to Scriptural patterns of worship and divine principles for living.

“There’s not a lot of bells and whistles. … It’s the gospel being preached,” said Vern Schrimsher, an elder for Southaven church. “I just pray that everybody will have that opportunity to hear it at least once.”


How to watch the Gospel Broadcasting Network

Instead of feeding its signal to an antenna, as local TV channels do, GBN broadcasts via C-band satellite. Some cable systems pick up the GBN satellite feed and offer the entire GBN lineup as a channel. Limited local stations, as well as satellite providers, air stand-alone shows. The GBN website streams the network’s 24-hour, seven-day lineup live. Viewers can also watch the live stream on their smartphones and tablet computers.

• As a channel on your local cable provider, if available.

• With a Roku streaming player. GBN is a Roku “Spiritual” channel.

• On your smart phone or tablet via the free Apple or Android app.

• On Dish Network and DIRECTV, which air “Preaching the Gospel” Sunday mornings on the Christian Television Network channel. 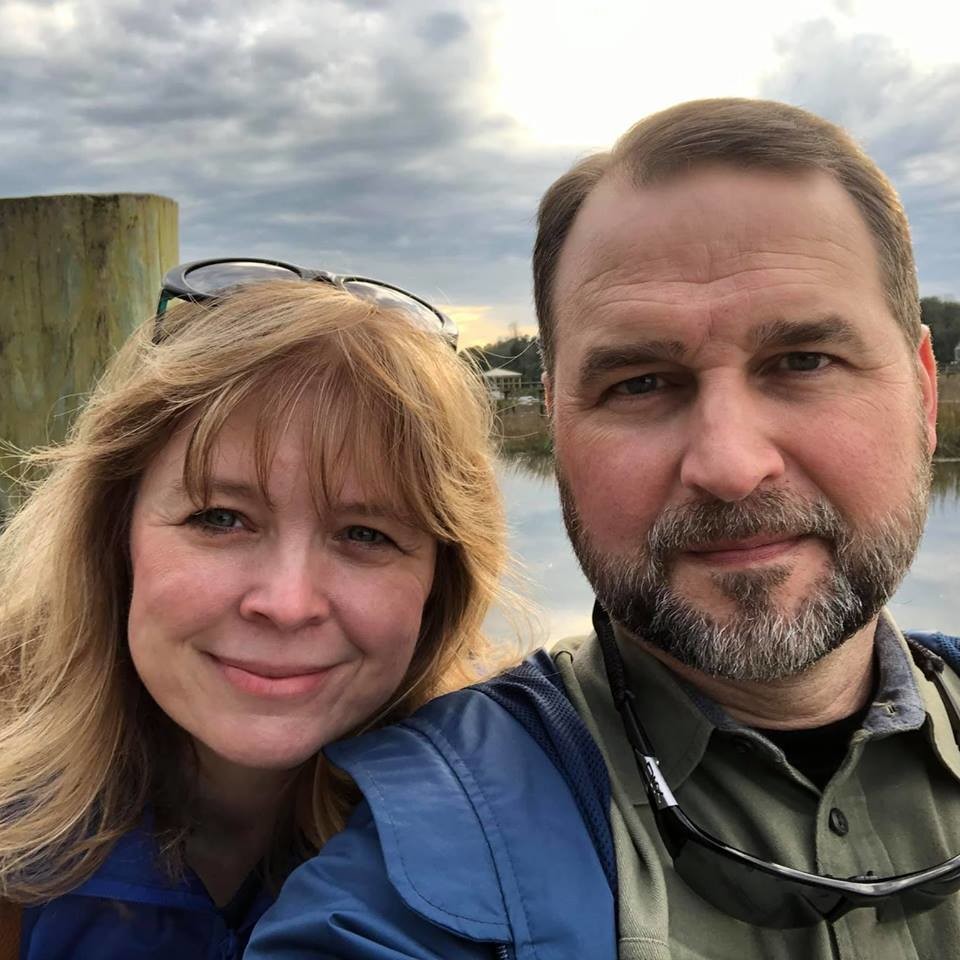 The future is unknown for a well-known preacher and evangelist…