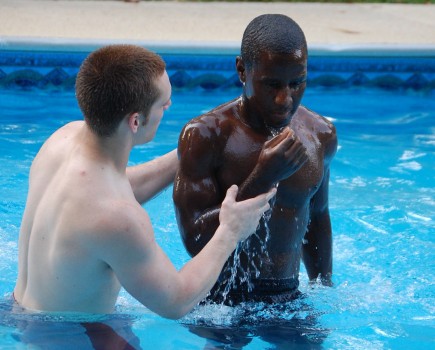 FROM STAFF REPORTS
PRATTVILLE, Ala. — To say Prattville Christian Academy coach Grey Powell has taken the football team by storm doesn’t do justice to the idiom’s definition of rapid and overwhelming success.
Powell has blown through with the force of a spiritual hurricane, The Montgomery Advertiser reported.
Coming off a 3-27 stretch, the team won seven games last season. The roster, down to 13 players when the 2008 season ended, now tops 50. And Powell told the newspaper that none of it would be possible without putting God first.
“The more like Christ we are, the better football player they will be,” the coach said.
Prattville Christian Academy is associated with Churches of Christ.